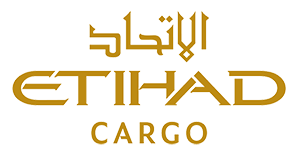 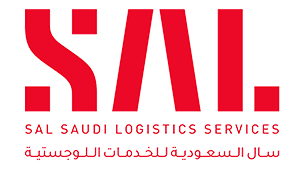 Cargo Airline of the Year

The airline won the award after quickly adapting to operate a fleet of cargo-only aircraft while also embarking on the final stage of a five-year project to replace nearly 100 legacy cargo IT systems with a single solution.

GSSA of the Year

The GSSA of the Year award, sponsored by American Airlines Cargo, went to FlyUs Aviation Group, which impressed the panel of independent industry judges with an “exceptional commitment” to investing in new innovations and has recently won a series of new contracts.

The judges were wowed by the winner’s fleet expansion in recent years, as well as the growth of its digital presence through partnerships with digital platforms.

The airlines has also been involved in a number of charitable and sustainability initiatives.

Etihad Cargo was named winner of the Air Cargo Pharma Award. The judges were impressed by the airline’s investment in upscaling its pharma operations, including the expansion of its cool chain facilities and the rollout of live mapping and tracking equipment for shipments.

It is also a member of the HOPE Consortium, which distributes coronavirus vaccines to areas where they are needed most.

Cargo Hub of the Year

Brussels Airport was recognised as the Cargo Hub of the Year, sponsored by Chapman Freeborn. The judges highlighted the category winner’s pioneering use of digital technologies through its apps, to improve airfreight and trucking operations at the hub.

The judges were particularly impressed with Brussels Airport’s focus on developing its cargo community, as well as its investment in its physical and digital infrastructure.

Charter Broker of the Year

The hotly contended Charter Broker of the Year award was won by Chapman Freeborn. The charter broker demonstrated a huge variety of new services, solutions and projects.

The use of passenger aircraft for cargo operations and a women in aviation campaign stood out, while customer feedback cemented this company’s position as our winner.

Ground Handler of the Year

The Polar Air Cargo sponsored Ground Handler of the Year award was won by dnata, which has invested in new handling services and global infrastructure in recent years while also capitalising on the opportunity presented by digitalisation.

Judges were impressed with this company’s commitment to the environment.

The solutions offered by Air Cargo Belgium were described by judges as “game changing”, both from a technological and a collaborative mindset perspective. Judges were also impressed by the high level of transparency offered by the system.

The Etihad Cargo sponsored Innovation Award – Product was won by Dronamics. Judges praised this company as being original and unique, and developing a much needed service that is efficient, resilient and flexible.

Meanwhile, the operational costs, payload, distance numbers and emissions figures speak for themselves.

Ethiopian responded quickly to the pandemic-driven capacity crunch by temporarily converting 25 of its passenger aircraft – with seats removed – for cargo operations.

During this time, the company operated 50 cargo flights per week to China to transport essential goods.

The airline has also expanded rapidly over the last decade: its freighter fleet has evolved from two leased aircraft to an inventory of eight new B777 freighters, with more to come.

United has proven its versatility over the last year by quickly launching innovative cargo solutions in response to the pandemic.

It has also taken steps towards more sustainable airfreight operations.

The airline has significantly grown its digital presence through partnerships with online booking platforms in recent years. It has also expanded its cargo network with new routes and services.

Cargolux won the Best Cargo Airline – Europe trophy. The Luxembourg-hubbed carrier had a stellar year as its freighter aircraft continued flying throughout the pandemic.

In 2020, the company celebrated its 50th anniversary with revenues reaching new highs and, despite market disruption, it honoured all block-space agreements.

The Best Cargo Airline – Middle East, voted for by our readers, was Emirates SkyCargo.

The airfreight division of the passenger mega-carrier is at the forefront of the industry when it comes to investment in new products and services.

The airline quickly scaled up operations to meet a capacity crunch while it also set up a dedicated GDP-certified airside hub in Dubai to handle Covid-19 vaccines.