2017 ends on a high for Air France KLM Cargo 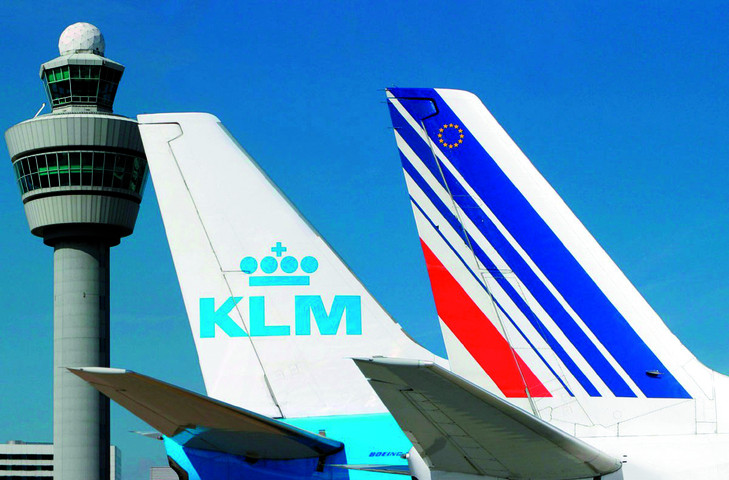 Air France KLM Cargo (AF KLM) ended the year on a high as quarterly revenues reached their highest level since 2016.
The Franco Dutch airline saw fourth-quarter 2017 cargo revenues reach €583m, up 6.8% year on year. This is the highest quarterly level since the fourth quarter of 2016.
For the full year, revenues were up by 0.9% on 2016 at €2.1bn.
The company has been adjusting its cargo capacity of late and started the year with six freighter aircraft – KLM/Martin Air’s three Boeing 747-400Fs and Air France’s two B777Fs – compared with nine at the start of 2016.
“The cargo business confirmed its turnaround in the second half of 2017,” the airline group said.
“Traffic grew by 1.8% in full-year 2017 and successive quarters showed higher year over year increases in unit revenue, contributing to a full-year unit revenue increase of 1.6% at constant currency.
“The improvement in the Cargo business was driven by solid demand growth to/from Asia as of the beginning of 2017 and from Latin America in the second half of the year, enabling optimised revenue management steering.
“The full-freighter activity significantly improved in 2017 compared to last year, contributing to the overall Cargo performance.”
Cargo traffic for the year improved by 1.8% to 8.6bn revenue tonne kms, which is behind overall market growth for European airlines, estimated at 8.5% by IATA, and reflects reduced freighter capacity.
Its cargo load factor for the year reached 59.9% compared with 59.3% in 2016. 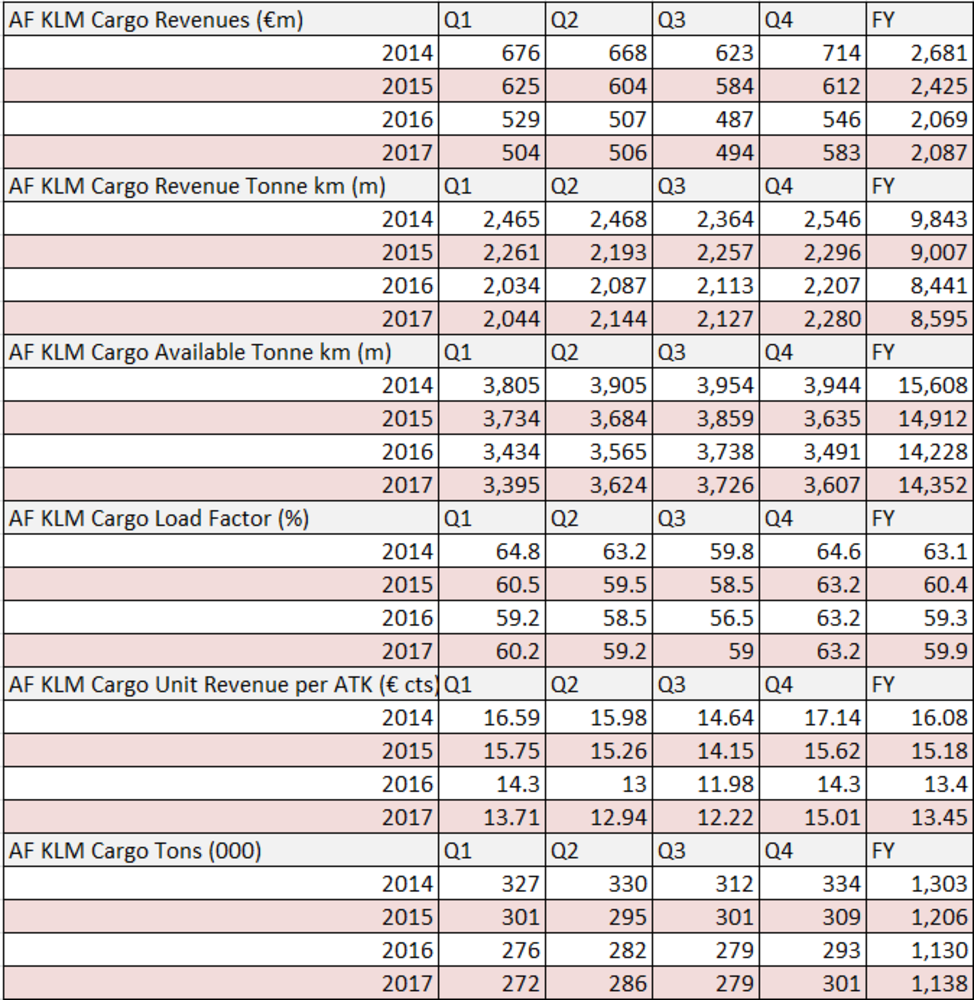