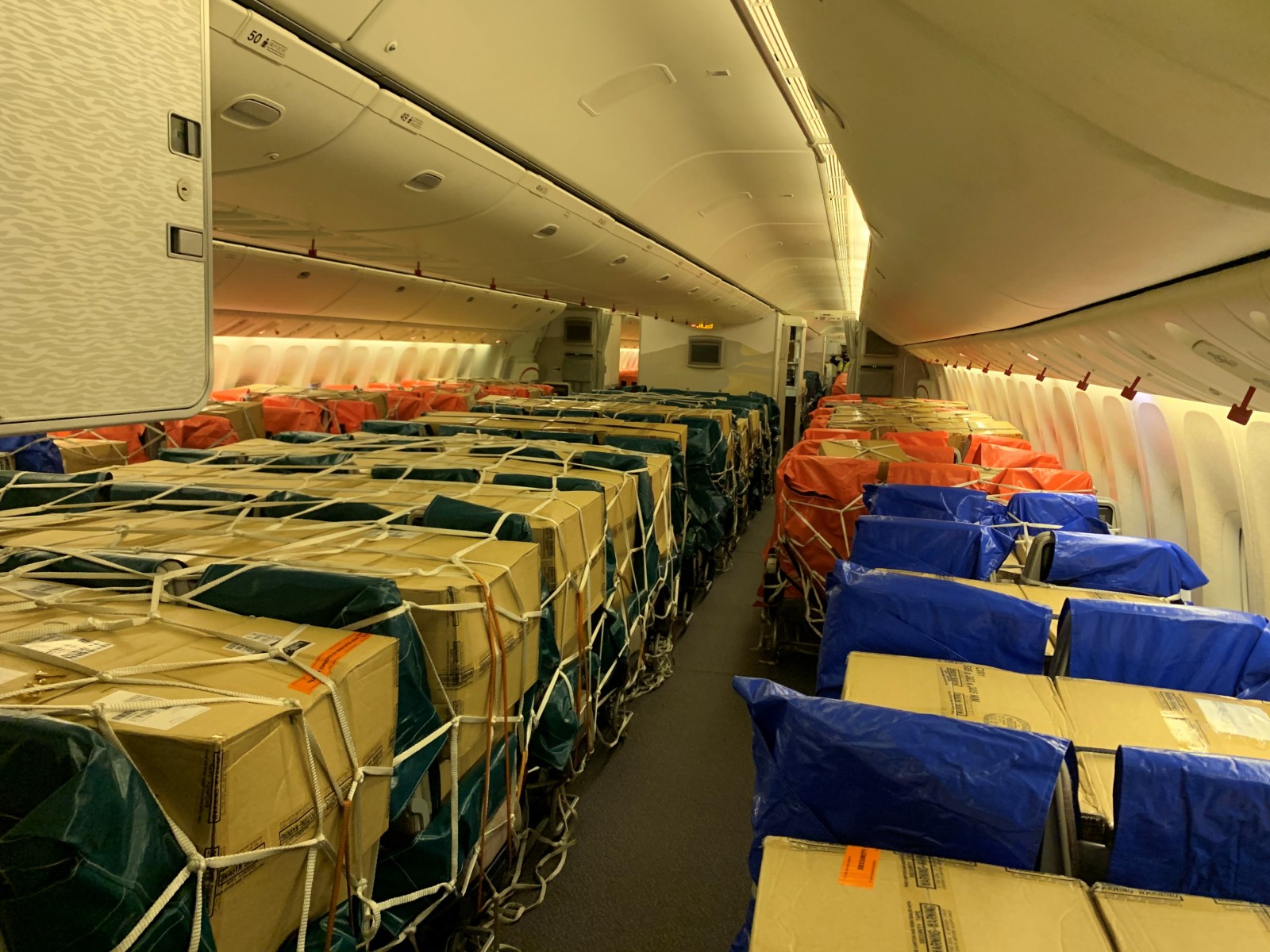 Emirates SkyCargo has marked its one-year anniversary of carrying PPE and other vital cargo in the cabins of its Boeing 777-300ER passenger aircraft.

A year ago, to bridge the capacity shortfall and enable the transportation of cargo urgently needed in the global fight against the pandemic, Emirates SkyCargo began carrying cargo on the passenger seats and inside the overhead bins in the cabins of its Boeing 777-300ERs.

Since its first cargo-in-the-cabin flight, the carrier has operated more than 3,100 flights with cargo on the seats and in the overhead bins. In total, it has transported more than 11,000 tonnes of vital cargo — the equivalent of approximately 800,000 aircraft seats.

“Emirates SkyCargo continues to witness a significant demand for the transportation of PPE and other cargo inside the aircraft cabin,” the company said.

The carrier said it had to quickly develop a safety risk assessment, as well as loading and handling procedures to make its cargo-in-the-cabin operations possible.

The procedures developed specified the maximum weight and dimensions for individual packages, as well as the types of cargo that are permitted inside the cabin. For example, all perishable cargo packaging for loading on seats and in overhead bins must include an adequate internal absorbent layer.

Emirates SkyCargo also introduced a special cover for its passenger seats to prevent accidental damage to equipment, such as the personal entertainment screens.

The carrier said PPE and other medical supplies are the most common cargo transported on aircraft seats and inside the overhead bins. Other general cargo, including garments and clothing, dry food, dental supplies and sporting goods, have also been transported on seats.