A year of coronavirus and cargo-only passenger flights 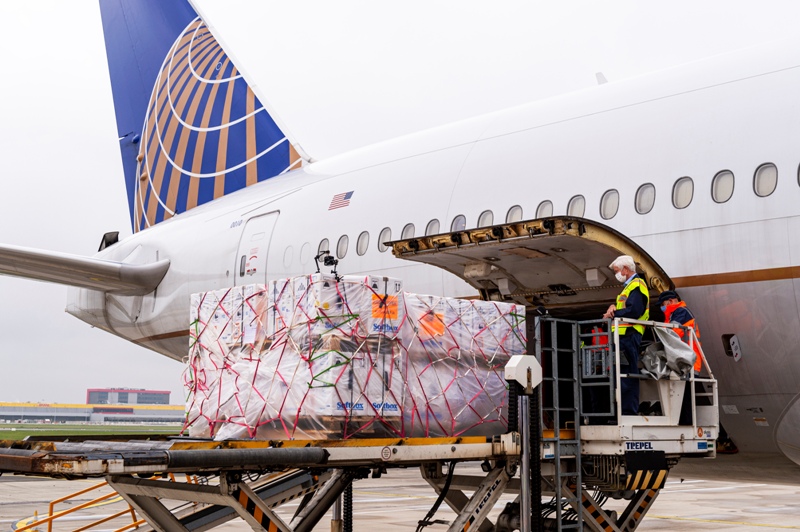 It has now been more than a year since the air cargo sector first began to feel the effects of the Covid-19 pandemic.

A quick search through the Air Cargo News archive reveals that the first reports of the outbreak having an impact on the industry were in January.

At that stage reports centred on airlines cutting services to the city of Wuhan — the epicentre of the outbreak — and wider Hubei Province and the effect this would have on supply chains.

However, as the seriousness of the situation became clear, flights to China were soon being cut, while factories were being closed and production lines ground to a halt.

Even at that stage, many believed that the situation would soon ease and there was an expectation that air cargo would be in high demand as the re-opening of factories created a surge in demand.

Instead, the situation got worse. Passenger networks around the world began to be grounded and freighter operators had to deal with a constantly changing regulatory landscape with extra rules, regulations and quarantine measures coming into force.

As the world got back on its feet and began taking steps to deal with the outbreak, the air cargo industry was called into action to transport vital personal protective equipment, medical equipment and keep supply chains moving.

It was in late February/early March last year that supply chains in Asia began to re-open — following an extended Chinese New Year holiday break – and the lack of bellyhold space began to have a clear impact on the market as prices surged.

The increase in prices this time last year can also be seen in rates from Baltic Airfreight Index released this week, which show a narrowing of year-on-year increases, reflecting a jump in prices a year-ago.

It was also around this time last year that airlines began to launch all-cargo passenger operations to make up for the shortfall in bellyhold capacity.

United Cargo marked the anniversary of its first cargo-only passenger flight on March 19.

The flight operated from Chicago O’Hare to Frankfurt carrying 29,000 pounds of cargo.

“At the beginning of the pandemic, we knew we were uniquely positioned to utilize our widebody aircraft and our network to keep commodities moving, so we quickly mobilised various departments throughout the airline to launch a cargo-only network of flights that would keep commodities moving,” said United Cargo president Jan Krems.

Emirates SkyCargo began its cargo-only passenger operation on March 16 when a Boeing B777-300ER passenger aircraft took off from Dubai and flew to Kuwait carrying only 34 tonnes of cargo.

It was the first time that Emirates had operated a cargo only flight on a passenger aircraft and came just four days after Covid-19 had been declared a pandemic by the World Health Organisation (WHO).

Since then, the carrier has operated more than 27,800 cargo flights carrying more than 100,000 tonnes.

Nabil Sultan, Emirates’ divisional senior vice president, cargo, said: “It has been exactly one year since what was considered impossible in the air cargo industry became not just a reality but a strong operational pillar for Emirates SkyCargo.

“Prior to the pandemic, nearly two thirds of our total cargo was transported in the bellyhold of our passenger flights. With increasing flight suspensions and restrictions on passenger travel imposed due to Covid-19 in early March 2020, we could foresee a situation where there would no longer be adequate cargo capacity available in the market to transport essential supplies.

“In order to bolster the cargo capacity offered by our 11 Boeing 777 freighters and make sure that we could meet the urgent demand for goods such as PPE, ventilators and other pharmaceutical goods and food supplies from across the world, we proactively made a radical and innovative plan to utilise our widebody passenger aircraft to operate cargo only flights.

Ethiopian Airlines operated its first cargo-only service on a passenger aircraft with a Boeing B787-900 on March 25.

The flight operated from Addis Ababa to Kinshasa carrying more than 16 tons of PPE and other shipments inside the cabin and the belly of the aircraft.

Ethiopian soon re-configured 25 passenger aircraft into freighters using its own internal MRO capabilities as it continued to distribute PPE and medical supplies across the globe.

A year since its first Preighter operation, Ethiopian has operated 5,645 cargo flights on the cabin of passenger aircraft and transported more than 121,750 tons of cargo.

Speaking on the anniversary of its first passenger-cargo flight, Ethiopian Group chief executive Tewolde GebreMariam said: “Today marks one year since the beginning of our first Preighter flight service as a way to manage the unprecedented global crisis.

“The single Preighter flight that started on this day last year has helped our airline navigate the storm so far. We are extremely honored to have served our customers during the most difficult times. Ethiopian Cargo and Logistics Services has been a critical player in the global fight against the pandemic by distributing medical supplies and PPE to places with limited access to transportation.”