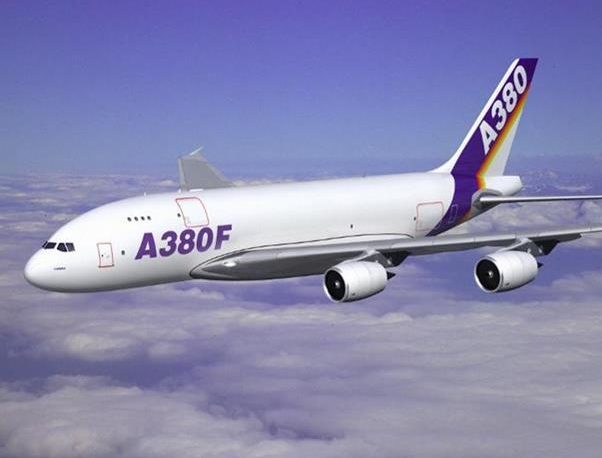 German maintenance specialist Lufthansa Technik is working on a conversion for an Airbus A380 as part of its effort to offer temporary passenger-to-cargo modification services.

Lufthansa Technik has not identified the customer but states that it has been awarded the technical and engineering task to support the “operational change” for the double-deck type.

While the modification is intended to comply with temporary passenger-to-freight regulatory exemptions drawn up to meet demand during the coronavirus crisis, the company indicates that it will offer the conversion as a permanent solution.

“The current exemption and our solution for it can be transferred to our supplemental type certificate at a later point in time without major adjustments,” says aircraft modification base maintenance senior director Henning Jochmann.

“Anyone who opts for Lufthansa Technik’s exceptional solution now can easily switch to the permanent [supplementary type certification] solution later.”

Last week, MASKargo operated an A380 on a pax-freighter flight to the UK, although only the cargo hold was utilised as it carried around 26 tonnes of cargo made up of mostly e-commerce goods originally originating from Guangzhou.

Lufthansa Technik is working on similar certification for a number of common aircraft types to enable modification into auxiliary freighters.

Jochmann says the change involves “much more than just taking out seats”, because of the different load and safety considerations involved in placing freight in the passenger cabin.

Airbus has been offering a service to support airlines seeking to undertake such conversions on aircraft including the A350 and A330, and has been prepared to consider requests for A380 reconfiguration.

The airframer’s conversion involves removal of passenger seats and the fitting of freight pallets on seat tracks.

Lufthansa Technik’s work marks the emergence of A380s for freighter work some 13 years after a dedicated A380 freighter programme was effectively halted by a withdrawal of customer interest.

Airbus had offered the A380F alongside the passenger variant, and initially attracted orders from FedEx and UPS, as well as lessor ILFC and Middle Eastern carrier Emirates which operates freighters through its SkyCargo division.

The airframer had started cutting metal for wings and producing components for the A380F in 2005.

But interest in the aircraft, which had taken 27 orders across the four customers, began to decline sharply the following year.

Emirates – which became the largest operator, by far, of passenger A380s – cancelled its order for freighters, followed at the end of 2006 by ILFC, which switched to passenger aircraft, and FedEx which defected to the Boeing 777F.

UPS subsequently dropped out in 2007, putting the A380F development programme on hold. UPS eventually opted instead for the Boeing 747-8F, nearly a decade after cancelling its A380Fs.

While Airbus had held out for a secondary market to emerge for A380 passenger-to-freighter conversion, last year’s cancellation of the programme and the parking of several A380s in response to the coronavirus crisis has left the future of the type uncertain.

Lufthansa Technik says its A380 modification work follows inquiries from more than 40 carriers into temporary freighter modification for different fleets. It adds that it has more than 15 projects under way on different aircraft types.