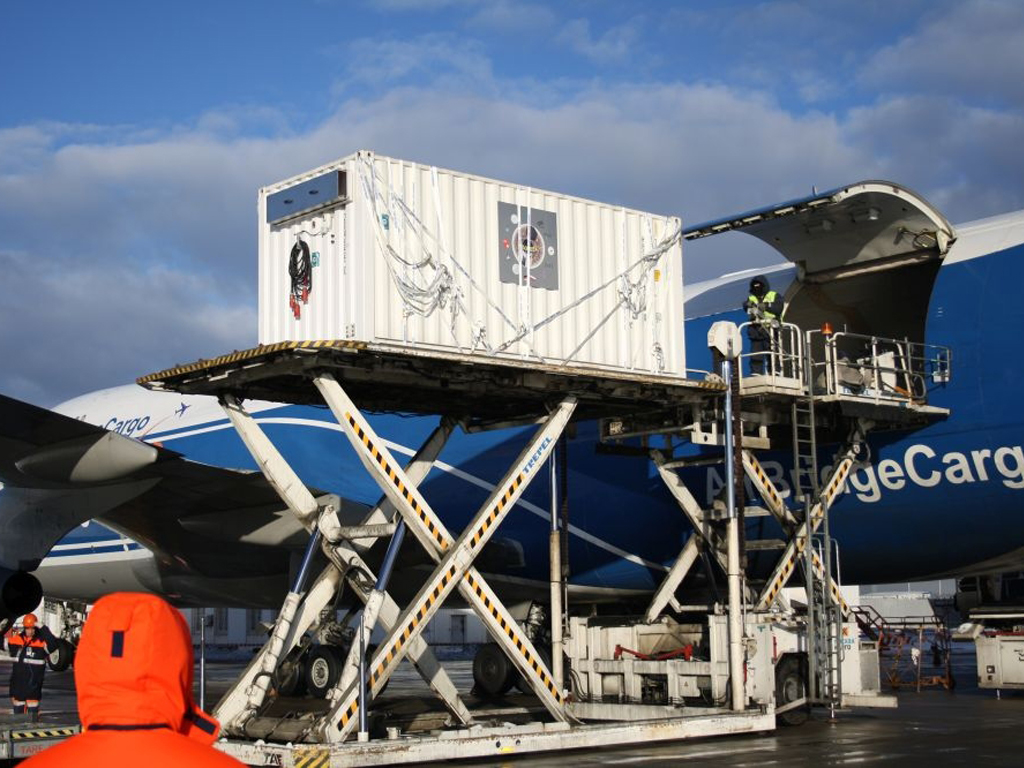 Russian all-cargo carrier AirBridgeCargo Airlines (ABC) has transported the eROSITA X-ray telescope from the Max Planck Institute for Extraterrestrial Physics near Munich to the premises of the Russian aerospace company, Lavochkin Association, in Moscow.
The movement of the highly sensitive cargo was carried out in partnership with integrator DHL. Ensuring the telescope’s integrity during transit was a key consideration, ABC said. Engineers from the Max Planck Institute monitored the temperature environment, among other final preparations, before the telescope was loaded onto an ABC Boeing 747 freighter.
The eROSITA telescope will be launched from the Baikonur launch site in Kazakhstan on board the Spectrum-Roentgen-Gamma (SRG) spacecraft next Spring for a four-year mission, with the aim of producing a new map of the universe using X-rays.