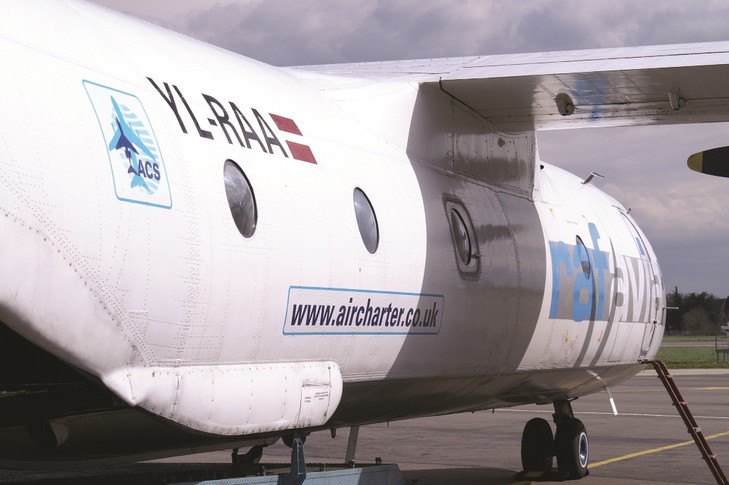 Air Charter Service (ACS) has  reported a "strong" set of result for the first half of the year, with revenues up by 41%.
Although it didn’t reveal exact figures, it is under no obligation to do so under its private ownership, the company said it had experienced an increase in revenue, charters and profits.
Revenues at its cargo division were up 60% year on year, 36% at its charter division and 24% at its private jet division.
However, its Russian business was affected by the economic issues faced by that country.
ACS chairman Chris Leach said: “The overall increase in revenue, charters and profit is extremely pleasing. The strong figures have been evenly spread around the world.
"The only region in which we didn’t see growth was Russia, so results would have been even better if it were not for the current troubles there.

“We are pleased to see the continued recovery of the cargo charter market after two years of virtual stagnation. Our cargo department in particular has had a booming first half of the year."
“Our private jet division has enjoyed a fruitful first six months. Aside from Russia, the growth is spread fairly evenly around our global offices, with our UK and Far East offices the real star performers.

“We have restructured our group charter division and have cut out an unprofitable revenue stream, allowing us to focus on other markets."

The company said it remained debt free with a strong balance sheet and bank funds of £11.7m at the end of the half year, up from £8.8 million last year.
“Overall profits have more than doubled year on year, a large amount of which we are again reinvesting in our global infrastructure," said Leach.
"We have revamped our websites and are opening new offices – most recently Geneva in May – with two more planned in the coming six months, which will take our total to 20 around the globe.
"We are also diversifying our service offerings with our new on board courier division, aircraft sales division and Air Evacuation Plan department, all of which complement our existing revenue streams.”