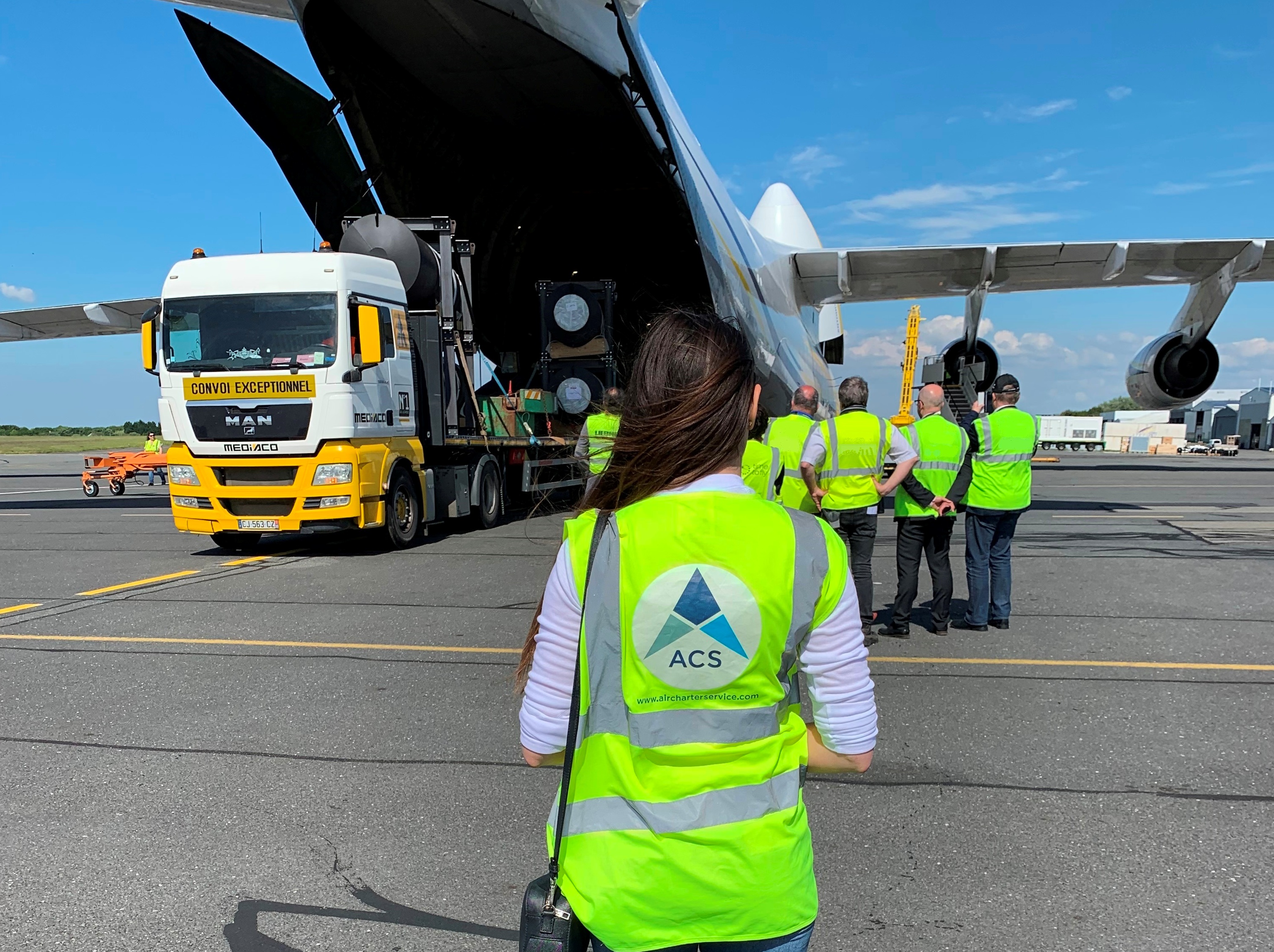 Broker Air Charter Service was recently called into action to move almost 400 tons of components to complete a new power plant in Niger.

In total, four flights were needed to complete the operation.

Alex Busila, Cargo Director of ACS’s France office said: “Our client needed to get ten 40 foot containers, each weighing 35 tons, plus an extra 40 tons of cargo, from France to Niamey, the capital city of Niger. It was being flown in so that a new power plant could be completed in time to help provide power before the African Union summit, held in Niamey last weekend.

“The only aircraft capable of carrying three 40 foot containers of these weights in one go is the AN-124, so it was the natural choice for the flights. The tenth container was accompanied by another 40 tons of supplementary outsized cargo necessary for the construction.”

The charters flew out of France and were spaced one week apart, starting in mid-May and finishing in mid-June.