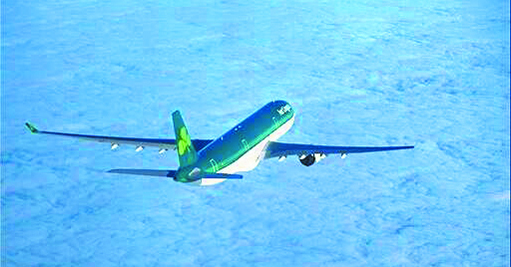 Irish flag-carrier Aer Lingus and parent company IAG are gearing up for the launch of a new Dublin to Seattle service that will inaugurate on Friday (18 May).
An Airbus A330-200 operated by Aer Lingus will fly the intercontinental service four times a week, and the aircraft will offer up to 16 tonnes of payload capacity.
IAG said that it anticipates loads including aerospace, high-tech, pharma and seasonal perishable commodities being carried on the flights.
Earlier this month (May), IAG Cargo confirmed that it will begin offering freight capacity on a new direct service between London Heathrow and Durban from October 29. It will be the only non-stop flight between London and Durban.
Freight customers will have access to up to 15 tonnes of lift per flight on board the Boeing 787-8 ‘Dreamliner’ aircraft that will operate the service.
Also this month, IAG Cargo began offering capacity on a new Gatwick-Toronto flight. This service flies three times a week and is operated using a B777 aircraft with a cargo capacity of 18 tonnes.