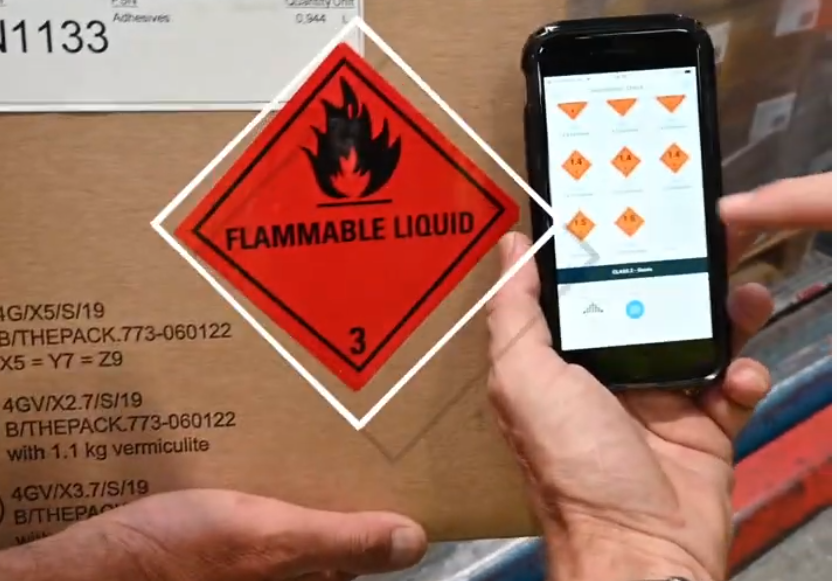 Air France KLM Cargo has launched a new app that will help with ensuring the segregation of goods according to IATA standards when building pallets.

The airline group explained that the free-of-charge app can scan for symbols to make sure that cargo — such as dangerous goods — is segregated according to standards.

The app was developed by the KLM Cargo Compliance Knowledge Centre (CKC) and works in conjunction with its pallet building app.

The ‘Cargo Toolbox’ app has been specifically designed for airfreight employees worldwide, whose duties include segregating cargo, it said.

“In this way, KLM Cargo hopes to improve safety throughout the cargo chain, addressing key compliance and safety themes. This can only be achieved together with the entire cargo community, which means handling companies as well airlines. It doesn’t matter who you work for,” said Kester Meijer, director operational integrity, compliance and safety at KLM Cargo.

“We believe it is important to get knowledge out onto the work floor as quickly and clearly as possible, without having to consult manuals that are often heavy and complex. The manuals containing relevant information aren’t always in easy reach, which is why we came up with the app.”

There are already plans to expand ‘Cargo Toolbox’. Kester Meijer explained: “We want to create a lost-and-found app next year. If you encounter a package drifting around, simply scan the barcode sticker and get the information you need.”

The app can be downloaded from the App Store (Apple) or Google Play (Android).

IATA has launched a new platform to support the digitalisation of air cargo supply chains. The airline association’s Enhanced Partner…

Cargo software firm Qstep has launched a contactless system for drivers picking up shipments from air cargo terminals. The company…