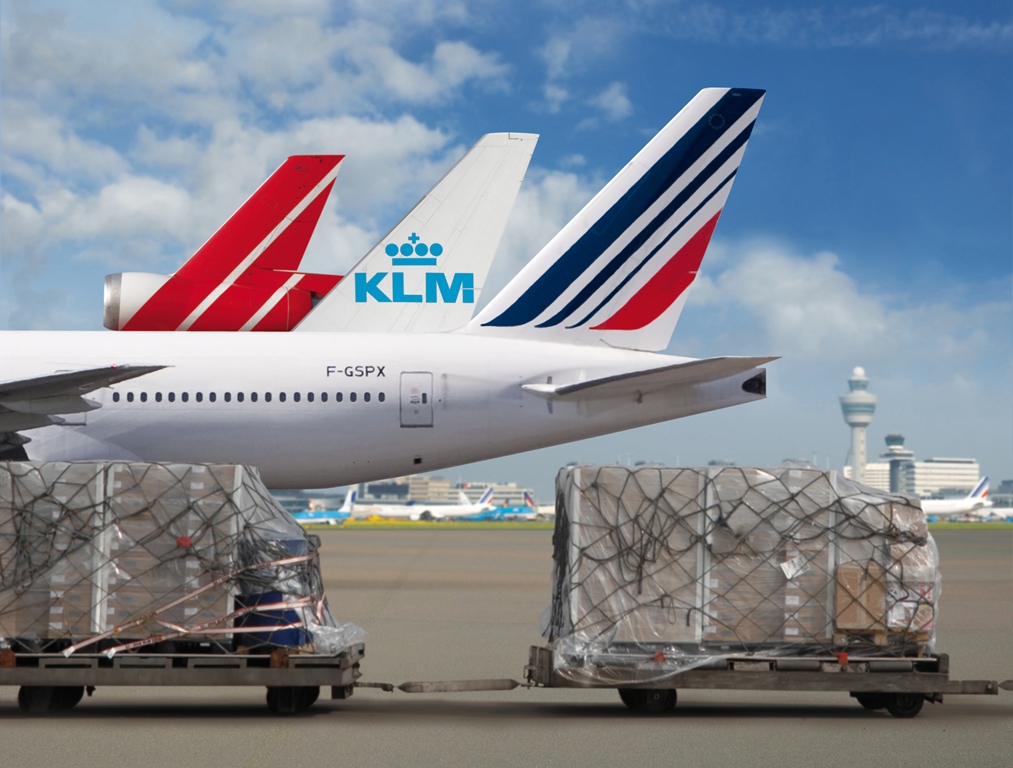 Air France KLM Cargo expects the African market to stabilise over the coming year after a year of adjustment.
Air France KLM Cargo (AF KLM) director eastern and southern Africa Noud Duyzings said that Seabury  figures show that air cargo traffic to and from Africa increased by 9% last year.
However, the demand improvement masks market overcapacity as airlines have been adding swathes of widebody aircraft.
In fact, IATA figures show that African carriers’ cargo load factor of 23.3% registered in January is the worst of any region and comes after they increased capacity by 25.5%.
Duyzings said that AF KLM saw an improvement in yields thanks to its “tight capacity control”.
During the year AF KLM reduced its African freighter footprint by cutting its Amsterdam-Johannesburg-Nairobi service from six flights per week to four, although Nairobi is also served once a week with an Amsterdam flight via Cairo and there are also a further two freighter flights a week to the city from Paris Charles de Gaulle.
In terms of demand, it was a mixed year for AF KLM. “Cairo is booming, it is doing well inbound and outbound,” said Duyzings. “We See Ivory Coast is doing quite well but also Uganda and Rwanda, especially Rwanda.
“Looking at the powerhouses, South Africa and Kenya, in South Africa we grew our marketshare, even with the capacity reduction, and in Kenya we lost some marketshare but that had everything to do with the freighter reduction.”
Duyzings said that the reduction in freighter capacity was part of a global move and was not targeted at Africa.
He added that the group’s strategy in Africa is built on four pillars: customer experience, digitalisation, perishables and partnerships.
The customer experience pillar revolves around timely communication, on-time performance and having local teams as opposed to outsourcing to sales agents (GSA).
“Previously, we had GSAs in Rwanda and Tanzania and we have decided to do the selling ourselves again in those two places.
“We also opened in Namibia and do the sales ourselves. It doesn’t mean we have a full office there, but for example in Namibia we run from Johannesburg, in Kigali we run from Entebbe and Tanzania we run from Nairobi − it works very well.
“We started with that on January 1 and we are already seeing sales going up and that is an important signal that we believe in having a local presence.”
On the digitalisation front, Duyzings said AF KLM Cargo had recently launched myCargo, a digital platform that allows customers to check the status of their shipment, check schedules, make bookings and find quotes.
With perishables, the company aims to build “the best cool chain in the market”. To this end, AF KLM has been working with one of its customers and consultancy Flower Watch to analyse how it can further improve operations.
This has led to the carrier group changing temperature settings on flights and improving the departure process for flowers leaving the warehouse into aircraft.
“We have now seen after several checks from this independent consulting house that our flowers and vegetables arrive in Amsterdam or Paris two degrees Celsius cooler on average than the competition.”
With regards to partnerships, Duyzings said AF KLM has developed strategic alliances with Air Cote d’Ivoire and Kenya Airways, which act as gateways to destinations where the group does not have a presence in Africa.
To demonstrate how the partnerships can generate new traffic he pointed out that AF KLM does not have traffic rights between Johannesburg and Nairobi so it did a deal that allows the sales team to sell a Kenya Airways air waybill on a Martinair freighter between the two cities.
“So we are now doing roughly 400 tonnes a month of traffic between Johannesburg and Nairobi,” he said.
“For us, that is the kind of co-operation and smart deal we want to make to win in Africa, or at least to make operations sustainable.”
For 2017, the Air France recently launched a three-times-a-week service between Paris and Accra, which is currently utilising an A330 but will be upgraded to a cargo friendly B777 after a month, its seasonal three times a week Cape Town service will become year round and a Cairo service will be upgraded to B787-900s.
On the KLM side of the business, it will open three times a week services between Amsterdam and Monrovia in the summer.
The Accra addition will help cover vegetable demand, for Cape Town discussions are underway to carry fish and Monrovia will cater for automotive traffic.
Duyzings is cautiously optimistic about the year ahead: “I’m not jumping for joy that we will break records out of Africa but on the other hand I also think it will stabilise.
“Fuel prices are on the rise again, I don’t think they will rise a lot but still, it puts a bit of pressure on margins.
“The market has got used to decreasing yields over the last few years, so I am happy if we can stop it.
“It seems we have actually now reached the bottom so I am confident that we won’t go further down there, at least not northbound, maybe southbound.”

Astral Aviation will deploy its first B767-200 freighter on a twice-weekly service between Nairobi and its Middle East hub, Sharjah….