Africa looks to the future and e-commerce despite current challenges 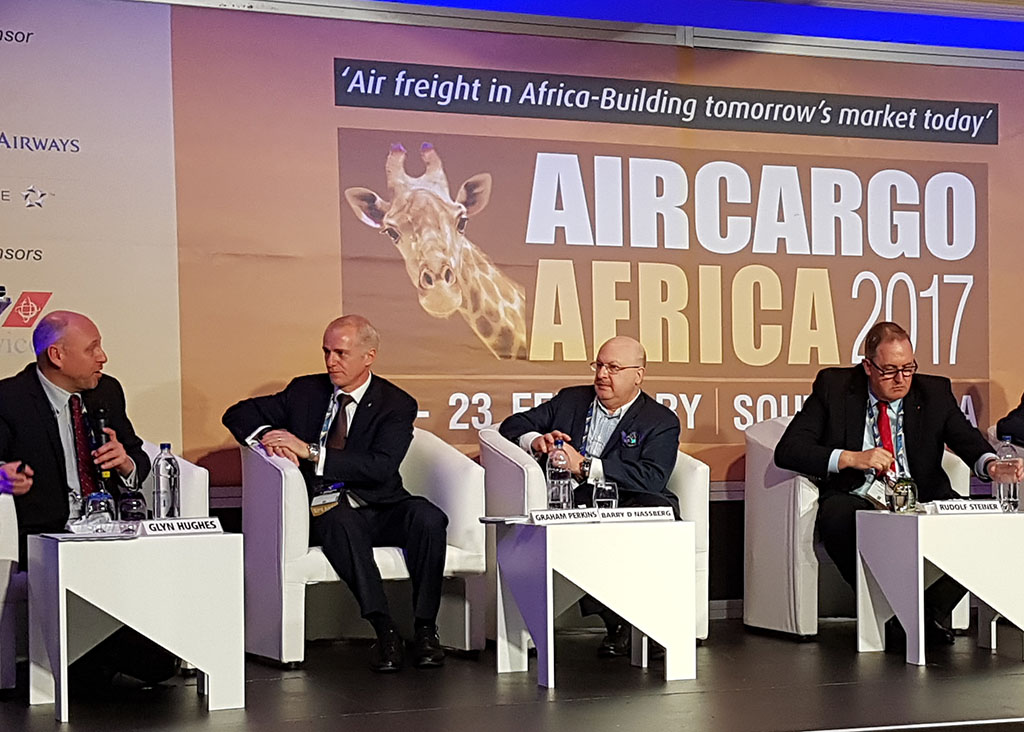 The air cargo industry in Africa has a bright future on the back of its growing population, youthful demographic and rising e-commerce demand, but infrastructure and regulatory challenges remain.
Delegates at the Air Cargo Africa event painted a bleak picture of the African market at present, with droughts, the weakness of the oil and gas industry, softened consumer demand, issues with repatriating currencies, exchange rate effects and overcapacity due to expansion on the passenger side of the business all taking their toll on the market in the short term.
However, there remains positivity about the continent in the longer term. Speaking at the opening panel session, IATA global head of cargo Glyn Hughes pointed out that, by 2050, estimates suggest that the continent’s population could reach 2bn people, representing 20% of the world’s population, while it was also the world’s youngest [population median age] continent and would remain so.
“This means there is an increased labour force potential and huge potential consumer market,” he said. “If the infrastructure and all the other aspects are in place that need to be in place.”
He added that 11 of the top 25 fastest growing global economies were from Africa, based on International Monetary Fund figures.
However, he pointed out there was huge disparity in wealth, connectivity and in terms of ease of doing business between the various countries on the continent.
One area of potential growth identified by Atlas Air vice president sales and marketing Graham Perkins was e-commerce, an area the aircraft lessor is looking to continue to grow in after it last year announced a deal to operate a fleet of 20 aircraft for Amazon.
“Amazon is so far only in the US but it is sure to grow, this will be a bigger and bigger part of our business and other businesses as well.
“With regards to Africa I would say that the African people are ready to take [e-commerce] on, the question is, is Africa itself ready to take it on?”
One of the major areas for improvement identified by Perkins was in customs rules and regulations, which he said in some countries “dated back decades”.
He said in some places 100% of shipments required inspection by customs, while in others transit cargo could not process through customs, which meant it would be impossible to set up a regional hub in that country.
The lack of credit card and bank account penetration in Africa is another challenge as this means the payment process could be a hindrance to the potential growth of e-commerce, although there are certain mobile payment solutions coming through, while poor road infrastructure was also an issue.
It was also suggested that if an African country could create a free trade zone, they could stand to benefit from e-commerce retailers, integrators and air cargo businesses investing in regional hubs.
Meanwhile, Saudia Cargo vice president commercial Rainer Mueller identified the lack of road feeder operations, both cross border and nationally, as holding back air cargo growth and Worldwide Flight Services chief operating officer Barry Nassberg said that airports needed to develop a cohesive cargo strategy if they wanted to attract developers to build multi-tenant cargo facilities.
“One of the biggest challenges I see is when it comes to ground transport,” said Mueller. “We are successful because can combine our air cargo services with road feeder transport.
“This is something that, from my view, is lacking. In South Africa we have it, but in many other countries we don’t have it. For example in Nigeria, a lot of traffic comes into the country but then most of the traffic is distributed within the country or by air again.
“What I would be hoping for us, is that we as an industry set up an effective ground transport product in addition to the air cargo product.”
Explained Nassberg: “[Air Cargo] is treated [by airports] as either an ancillary activity without any particular leadership from the airport operator or as a simple opportunity for land revenue or tenancy revenue without giving a thought to a cohesive approach to cargo policy.
“[By having a cargo strategy] you could make it attractive to private developers to come into an airport, develop multi-tenant cargo facilities and realise a return on that as a property development project.
“This would then make it possible for handlers to come in, invest in the internal infrastructure in the facility and improve cool chain procedures and really up the game in term of what is possible in terms of service delivery.”
Meanwhile, Rudolph Steiner, vice president cargo, global accounts and commercial for Swissport International, said there was more work to be done on the handling side of the business generally, although he added that great strides had been made over the last two years.
Jan de Vegt, chief operating officer, Kenya Airways, would like to see more being done to reduce the cost of air cargo operations in Africa although he admitted this was quite a wide challenge to meet.
“The cost structure is still one of the highest in the world and that is still negatively influencing development,” he said.
“There are still a lot of things that should be of concern − take for example the runways, the amount of tyres you wear out in Africa is about five times higher than anywhere else.”
He added: “If [governments] don’t invest in the airline business they do not get their economies connected to the rest of the world, which is especially important with the large landlocked areas.”
Discussion also turned to the possibility of one day creating Open Skies agreements across Africa, although de Vegt pointed out that this was an ambitious project and that there are perhaps other improvements that needed to be made first.