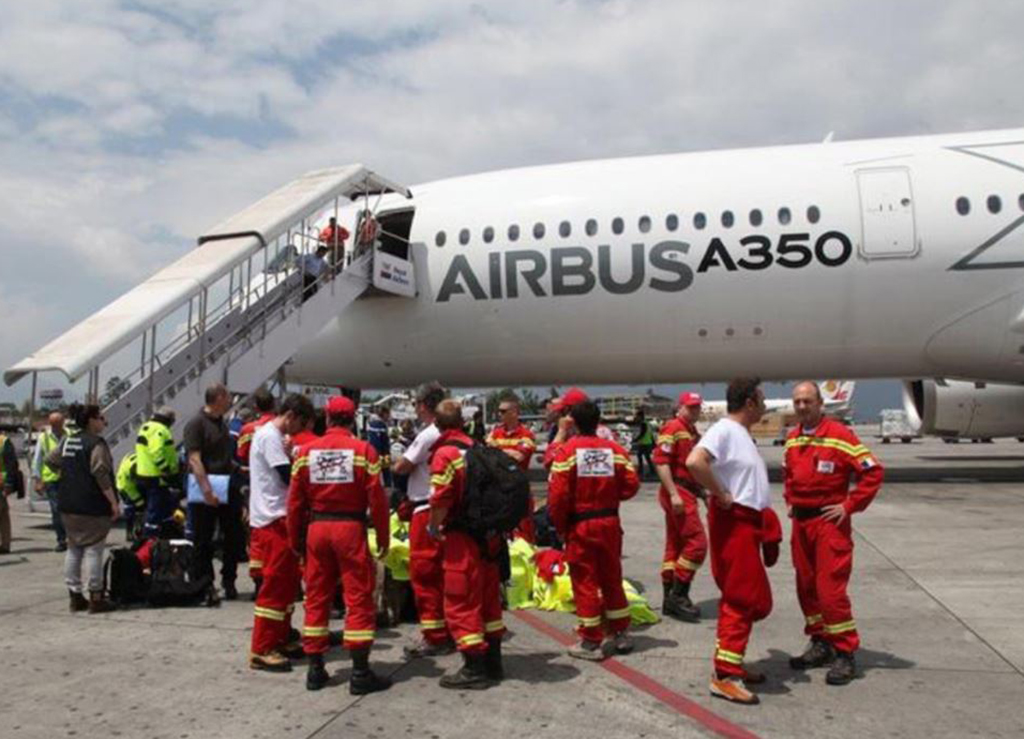 Humanitarian aid groups have called on airlines to take advantage of positional flights for newly ordered aircraft to carry life-saving cargo to those in need.
The appeal came from the Airbus Foundation, the International Foundation for the Red Cross and Red Crescent Societies (IFRC) and Airlink, which are attending the IATA annual general meeting in Dublin this week.
Emirates, JetBlue, South African Airways, Thai Airways and Vietnam Airlines are active participants in the Airbus Foundation programme that has delivered over 250 tonnes of humanitarian relief in almost 30 goodwill flights to some of the world’s most famine and disaster-hit regions including Nepal, Columbia, Thailand, Turkey, South Africa and Haiti.
The programme uses otherwise empty, new aircraft that are being delivered to an airline base for charitable missions en-route.
Airbus Foundation works with several non-government organisations (NGOs) that supply aid and emergency goods for transportation.
Airbus civil aircraft including the A380, A320, A330 and A350 XWB have been used in the humanitarian flights.
The Airbus Foundation, which is the charitable arm of the Airbus Group, said that it is now “keen to build on the goodwill demonstrated by its airline customers and is attempting to galvanise support for future missions”.
Airlink is a non-profit organisation that links more than 35 commercial and charter airlines with humanitarian aid groups to fill cargo holds with aid goods and send first responders to disasters.