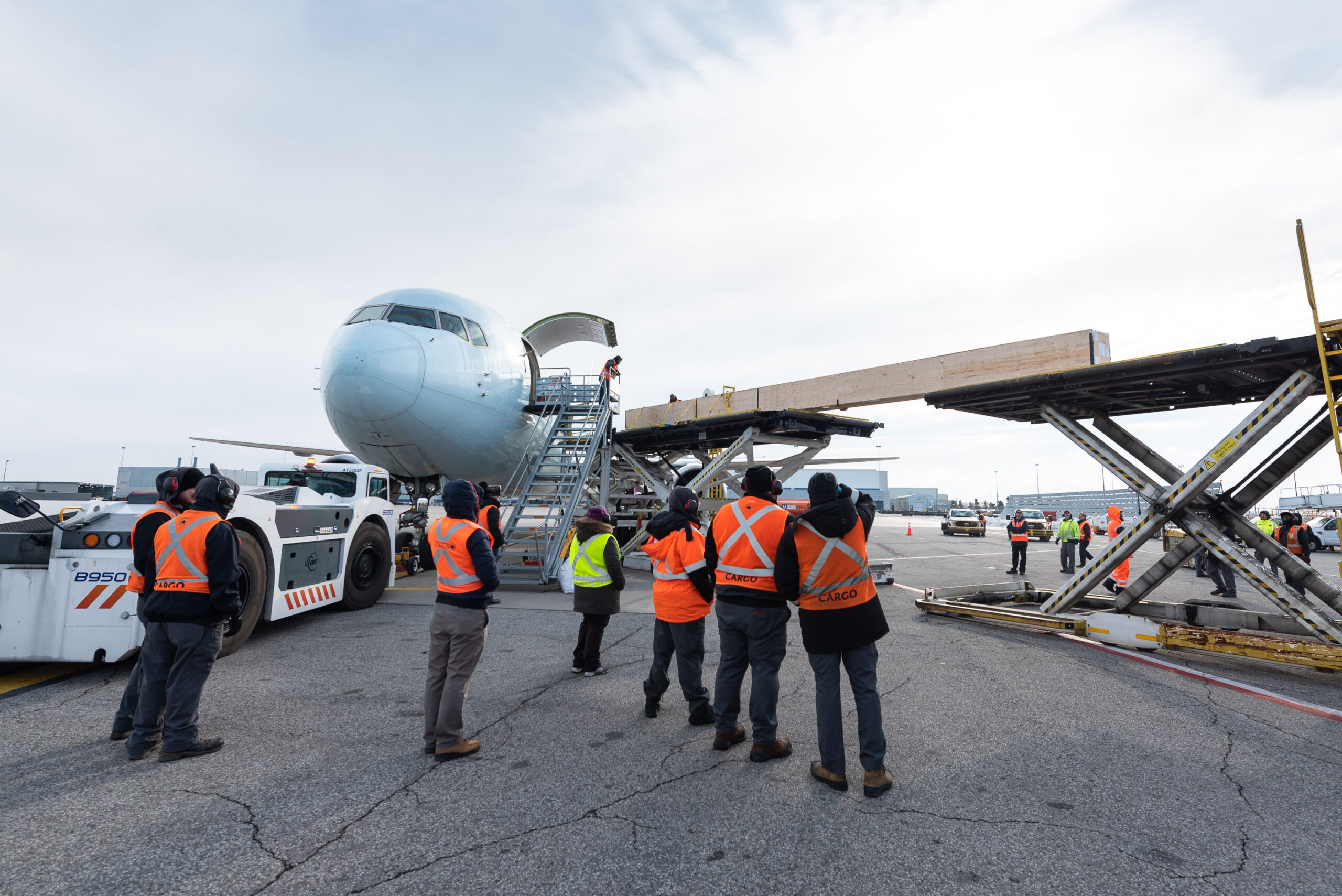 Air Canada Cargo said it recently shipped an IMAX screen housed in a crate that is one of the largest items it has ever fit into a Boeing B767 freighter.

The cargo carrier worked with freight forwarder OEC Canada to fit the 44 ft long, 800 kg crate in the B767,  but stressed it had never transported something this long in a B767F before, which meant the team literally had to write the manual on how to properly and safely ship the screen.

This task fell to Mamun Ansari, cargo operations engineering manager at Air Canada Cargo, who oversaw the development of the engineering plans for the shipment from Toronto to Quito.

It took days to put together and included building a mock-up of the crate using ABS pipes to ensure a proof of concept was developed to ensure everything would work as planned.

That planning also involved working closely with Air Canada Cargo’s procedures and safety team, who vetted each step of the meticulous plan to ensure it was safe for employees and the cargo alike.

The plan involved using two loaders, placed at a canted angle to the B767, that would simultaneously lift the crate, while a team of up to 20 Air Canada Cargo employees helped manoeuvre the crate into position inside the maindeck. After several hours of methodical movements, the crate was in its final resting place and secured for its flight to Quito.

Once there, the team in Quito used three loaders to safely get the screen off the 767. 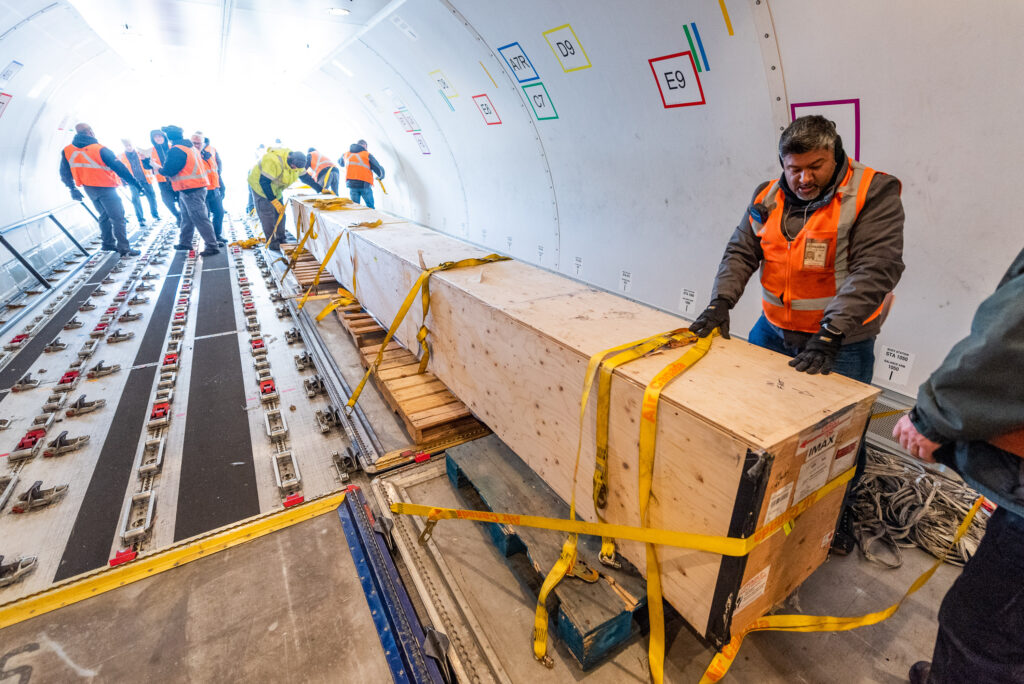 “We had to think outside the box because this was something we never did before, and despite some initial thoughts of ‘what did we get ourselves into,’ everyone on the team bought into the challenge and was excited to solve this puzzle. We felt it would be a real feather in our cap,” said Ansari.

“OEC and Air Canada Cargo were able to put their knowledge and experience to work to find an outside the box solution to ship the screen to its final destination,” added Marc Bibeau, president and chief executive, OEC Canada.

“In doing so, that saved several days off the shipping time and avoided the need to move the screen through a U.S. gateway, ensuring the screen arrived on site in a timely manner so the show could go on.

“I am extremely proud of the work done by both our teams to get the job done.”