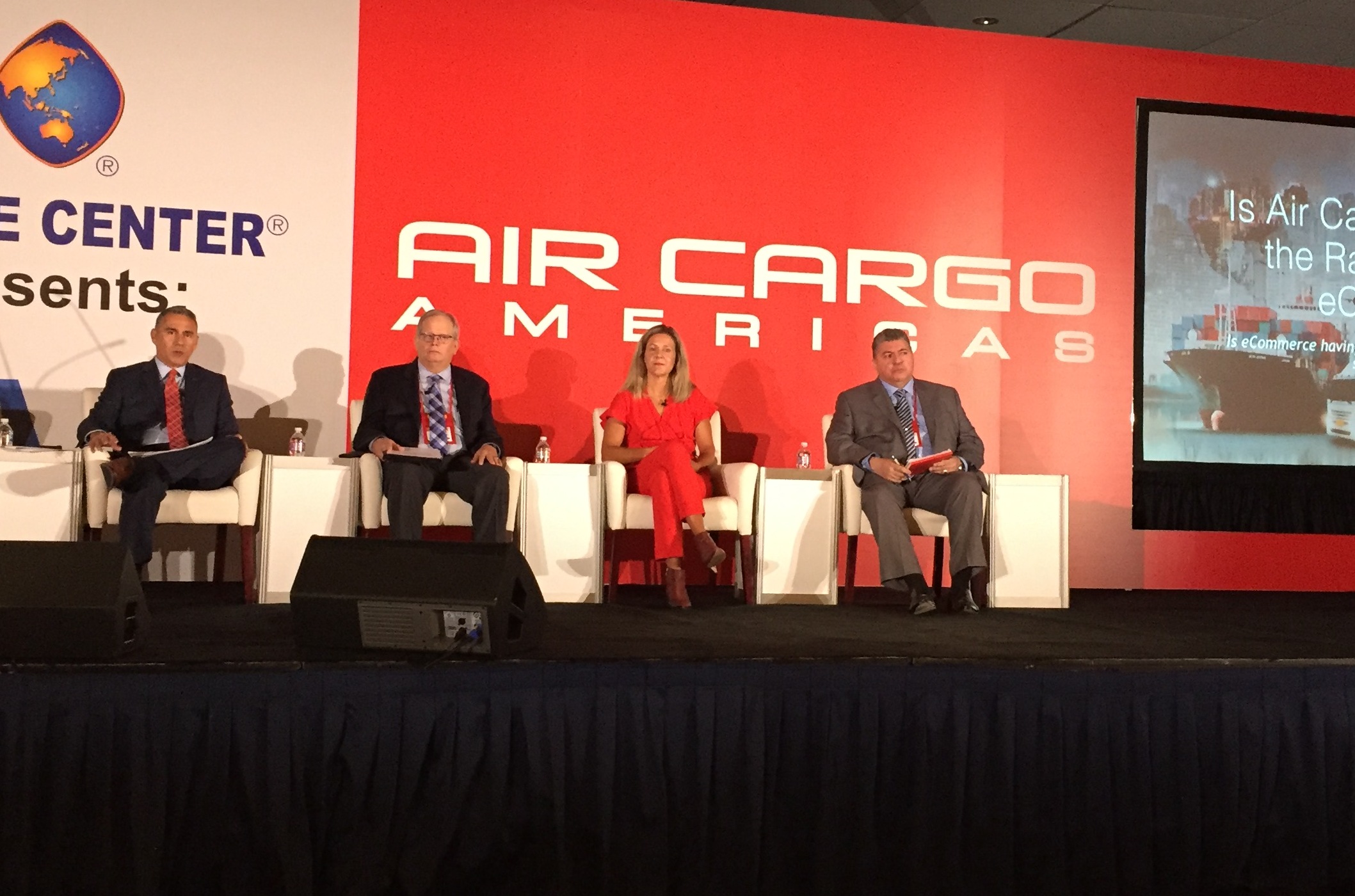 Airlines are increasingly targeting the e-commerce market with door-to-door services similar to those traditionally offered by integrators.

In Brazil, for example, Azul had partnered with Latin America’s largest e-commerce merchant, Mercado Libre, to become the only air carrier within Brazil for products sold on the retailer’s website and it has expanded door-to-door operations internationally.

The airline flies to more than 100 domestic destinations, has 250 franchise stores nationwide, and can reach more than 3,500 municipalities within 24 hours.

Meanwhile, Emirates SkyCargo has recently announced its own door-to-door operation in the UAE, he said.

“We have a service that allows Azul to reach more than 200 countries in the world with a door-to-door service and this is a commercial airline – it is an example of how airlines are getting into this very sophisticated trend [of e-commerce].”

In a later session, Ivan Pereira, director, network planning, product and revenue manager, Modern Logistics, said that airlines are still trying to understand the best way to adapt to this new environment.

“In general, it is very important for them to have a network as wide as possible because if we want to increase the penetration of e-commerce, we need to reach more places,” Pereira said.

“There are places like Brazil where the population is spread over the country, so if you want to grow, you need to get to these locations. In order to do that you can increase your network and you can partner with other companies.”

Pereira said that figuring out how to price e-commerce services was another challenge faced by airlines because online retail shipments tend to be smaller and higher in quantity than traditional air cargo.

iTN Worldwide chief operating officer Daniel Grimes agreed that pricing is a challenge. He said that items are often shipped in boxes that are far too big, filling up capacity in aircraft unless they arrange to have them repacked.

He said that airlines have talked about switching to a dimensional weight charging model to combat this but doing so could push up costs by 30-40%.