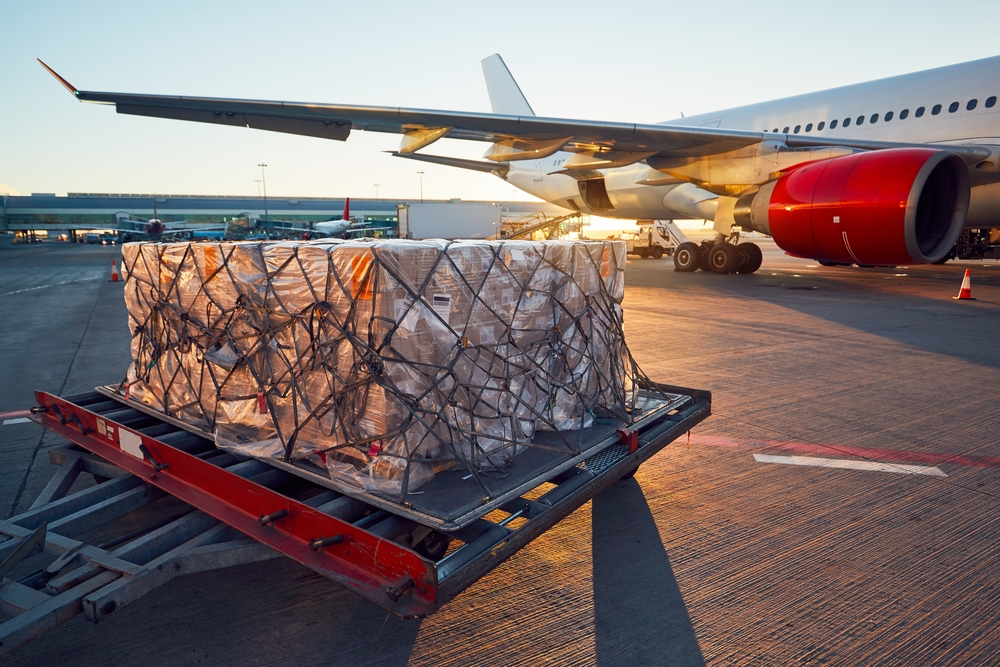 Heathrow Airport has revealed stats showing increases in the number of cargo flights it has handled in recent weeks as it uses its available capacity to prioritise cargo flights with medical supplies.

The busiest day for cargo only flights was March 31, with 38 dedicated cargo movements in just one day. During normal operations, Heathrow usually handles an average of 47 cargo only movements a week. Last year, Heathrow handled 41% of the UK’s pharmaceutical imports.

Overall cargo volumes were impacted by grounded passenger fleets. During normal operations, 95% of cargo usually travels in the belly hold of passenger planes. However, over 100,000 metric tonnes of cargo still travelled through the airport in March, down 32.5% compared to the same time last year.

UPS is working with QIAGEN, a provider of molecular diagnostics and sample preparation technologies, to deliver nucleic acid extraction kits critical to Covid-19 testing, as well as its novel QIAstat-Dx Coronavirus testing cartridges to destinations around the world.

With governments and public authorities classifying UPS as an essential service provider, the company is combining the flexibility of its global network with QIAGEN’s increased production capacity for Covid-19 testing kits produced at their facility in Hilden, Germany to help healthcare workers curb the spread of the disease.

In Europe, UPS has recently invested $2bn in its network and services. This investment has allowed the company to implement “dynamic contingency plans that can adapt to the rapidly changing business environment”. Despite recent border closures, UPS is continuing to serve the needs of its customers. Through its European air hub at Cologne-Bonn Airport, the company is able to ensure “swift and efficient transportation of essential shipments in Europe and to destinations around the world”.

UPS has donated 10,000 N95 respirator masks to hospitals across the Commonwealth of Kentucky. It has procured a sufficient supply to meet internal needs and is sharing its available masks to help protect healthcare providers in Louisville and in hospitals statewide. Louisville is the home to UPS Worldport, the company’s global, all-points air hub.

SunExpress, a joint venture of Turkish Airlines and Lufthansa, which halted all domestic and international flights as part of the travel restrictions to fight against the Covid-19 outbreak, will begin cargo flights with 18 aircraft in its fleet.

Announcing that it will start its operations with a new type of cargo-carrying model by utilising the passenger cabin to maximise the capacity for freight, SunExpress expects to be able to carry a maximum load of up to 21,700 kg by filling passengers seats and overhead bins, as well as under-aircraft cargo sections.

The air cargo shipment from Shanghai was executed with a Boeing 767 freighter cargo aircraft operated by Canadian company Cargojet.

The medical supply flight departed Shanghai, China on Sunday, April 12 and landed in Edmonton early Monday morning at the Cargojet facility at EIA.

Qatar Airways Cargo is operating a large number of Boeing 777 freighters with a capacity of 100 tonnes each between China and France for its customers with the first freighter having commenced on April 8.

The freighters originate from Guangzhou and Shanghai, and serve as an air bridge to France, delivering essential cargo and humanitarian aid.

The cargo carrier has partnered with the French Embassy in Doha to support the French government and French Ministry of Health in their fight against the deadly pandemic.

Guillaume Halleux, chief officer cargo, said: “Air freight plays a critical role in the global response to the Covid-19 crisis, transporting time sensitive medical supplies and aid relief to where they are needed. We are honored to be able to support France with a special flight operated by a crew of French nationals.”

On April 9, TIACA along with high-level representatives from IATA and other aviation groups were invited to the informal video briefing of the ICAO Council.  The objective of the briefing was to present to the Council views of the international aviation community on the main measures that states should take to provide immediate support to the aviation industry and, at a later date, to support its recovery.

TIACA said it had defended its members’ interests before the Council. “I gave to the Council a background on our association, its mission and main objectives, as well as some examples of the successful collaborative work in the last seven years with ICAO. But of course, the main presentation was on the measures that TIACA and its members are recommending to alleviate effects of this crisis to maintain orderly business activity,” said Vladimir Zubkov, TIACA’s general secretary.

Existing delivery protocols were adapted to meet rigorous safety standards to protect Pilot employees, client employees and hospital staff. Within 24-hours from arrival, medical equipment is cleaned, tested and repacked for delivery to hospitals in New York City that are in need. This solution, with safety as the top priority, has been designed so it can be replicated as needed in Pilot stations around the country.

Meanwhile, Pilot has leveraged its ground network resources to move hundreds of cots to equip a New York City field hospital. To expedite the shipment, Pilot, at the request of the hospital leadership team, pivoted and delivered the cots to the chief executive’s home to comply with safety protocols intended to keep drivers and delivery teams away from secure areas designated for medical personnel only.

AMI has said its charter flight between Los Angeles and Sydney on April 5 was filled with over 28 tonnes of cargo on board.

Jonathan Clark, chief executive of AMI, commented: “What a team effort from everyone involved in these most trying of times, from my own team in AMI to United Airlines, everyone brought their A-game for this charter and I could not be more proud of what we all as a team have achieved. In particular, I would like to mention Tibor and his team at Los Angeles Airport who worked tirelessly to make sure the flight was full.”

The new routes will further ensure continuity of fresh imports to the UAE including meat, fish and seafood, fruits, and vegetables, in addition to pharmaceuticals and medical supplies, as the nation continues to take responsible measures to ensure food security and national health as part of its response to the Covid-19 pandemic.

Due to the ongoing Covid-19 health crisis, Aeromexico is using part of its grounded fleet for cargo-only flying through its airfreight division, Aeromexico Cargo.

Aeromexico is now flying three of its 19 Boeing 787 Dreamliner aircraft for cargo-only purposes between China and Mexico.

The three aircraft left for Shanghai, China late last week, with a layover at Narita airport in Japan. The Government of Mexico, through the Ministry of Foreign Affairs, organized one of the three operations, using the aircraft registered as N783AM.

“While there is a significant reduction in passenger demand worldwide, we have seen that air cargo transportation has taken on an important role, not only for the transport of medical equipment but also for other necessary goods to keep supporting the economy and businesses,” the airline said.