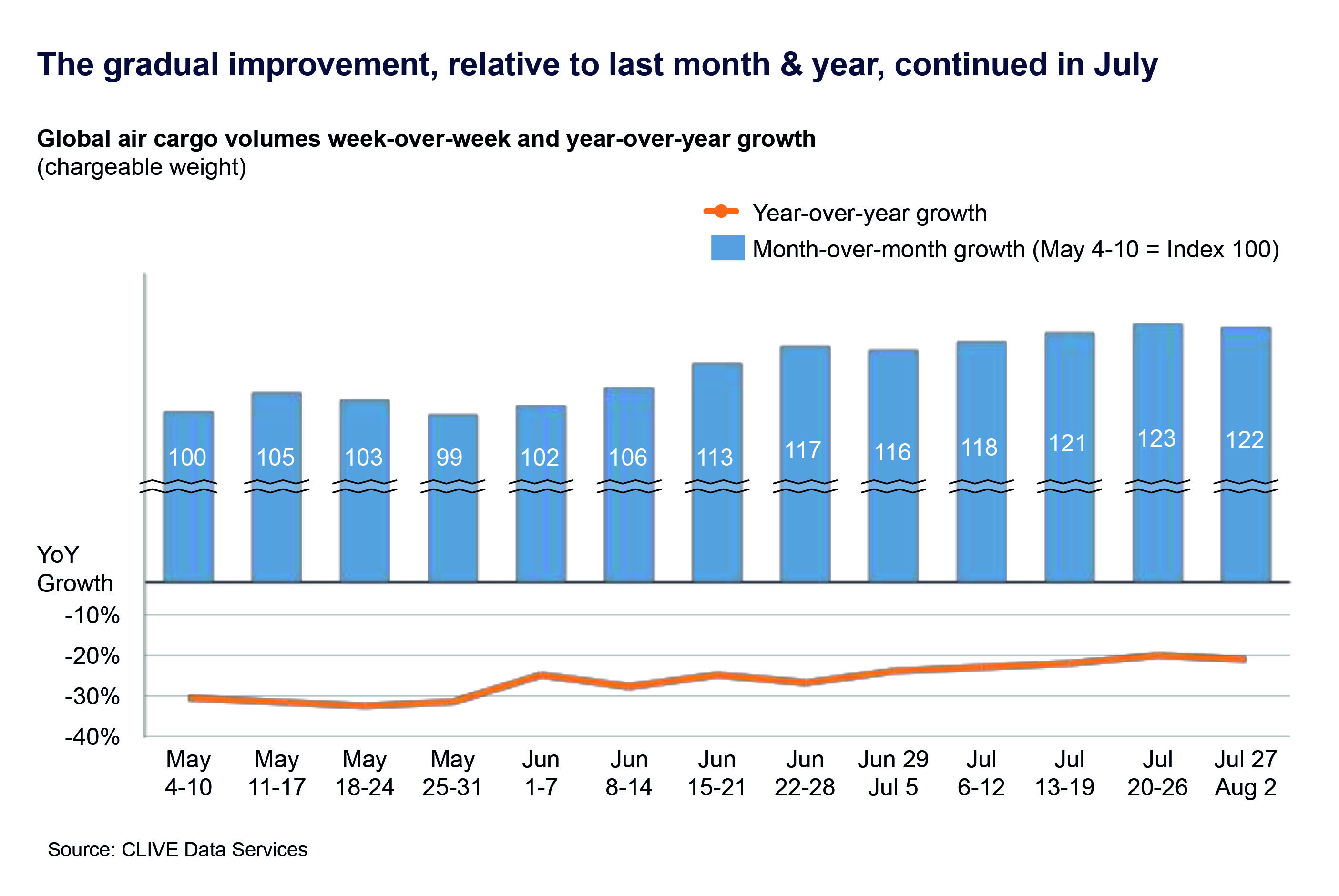 The latest figures from CLIVE Data Services show that air cargo volumes continued to climb in July, while load factors for the month remained ahead of last year’s levels.

The dynamic load factor – based on both volume and weight – of 70% was 8 percentage points higher than a year ago.

Managing director, Niall van de Wouw, said: “Our market analyses for July, especially compared to what we were reporting a few months ago, shows the gradual but consistent climb up the slope to recovery for the air cargo market is continuing.

“This is obviously no ‘V’ shape recovery, but even as additional capacity comes into the market with the return of more passenger services, cargo volumes are showing some reassuring resilience.

“To put the 70% dynamic loadfactor into perspective, during the Christmas 2018 proper peak season it stood at 68%, and now we are in July, normally the doldrums summer period for the air cargo industry.”

However, van de Wouw said there were regional differences. He said the load factors to and from Asia show a different pattern than the ones across the Atlantic, which have been declining.

For example, eastbound Atlantic capacity in the week of July 27-August 2 was 10% higher than in the last week of June, while the cargo volumes rose by 4% over that same time frame. 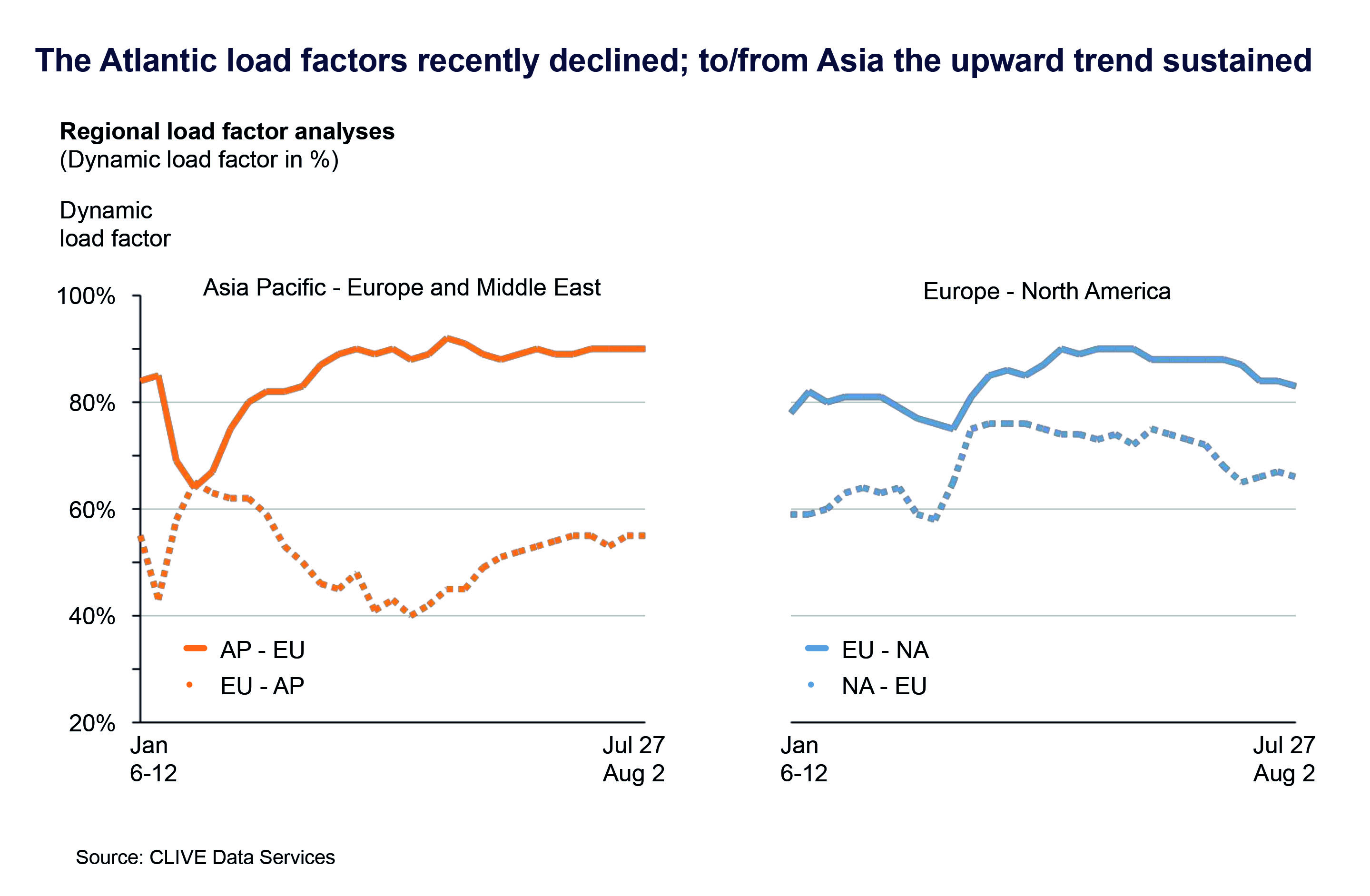