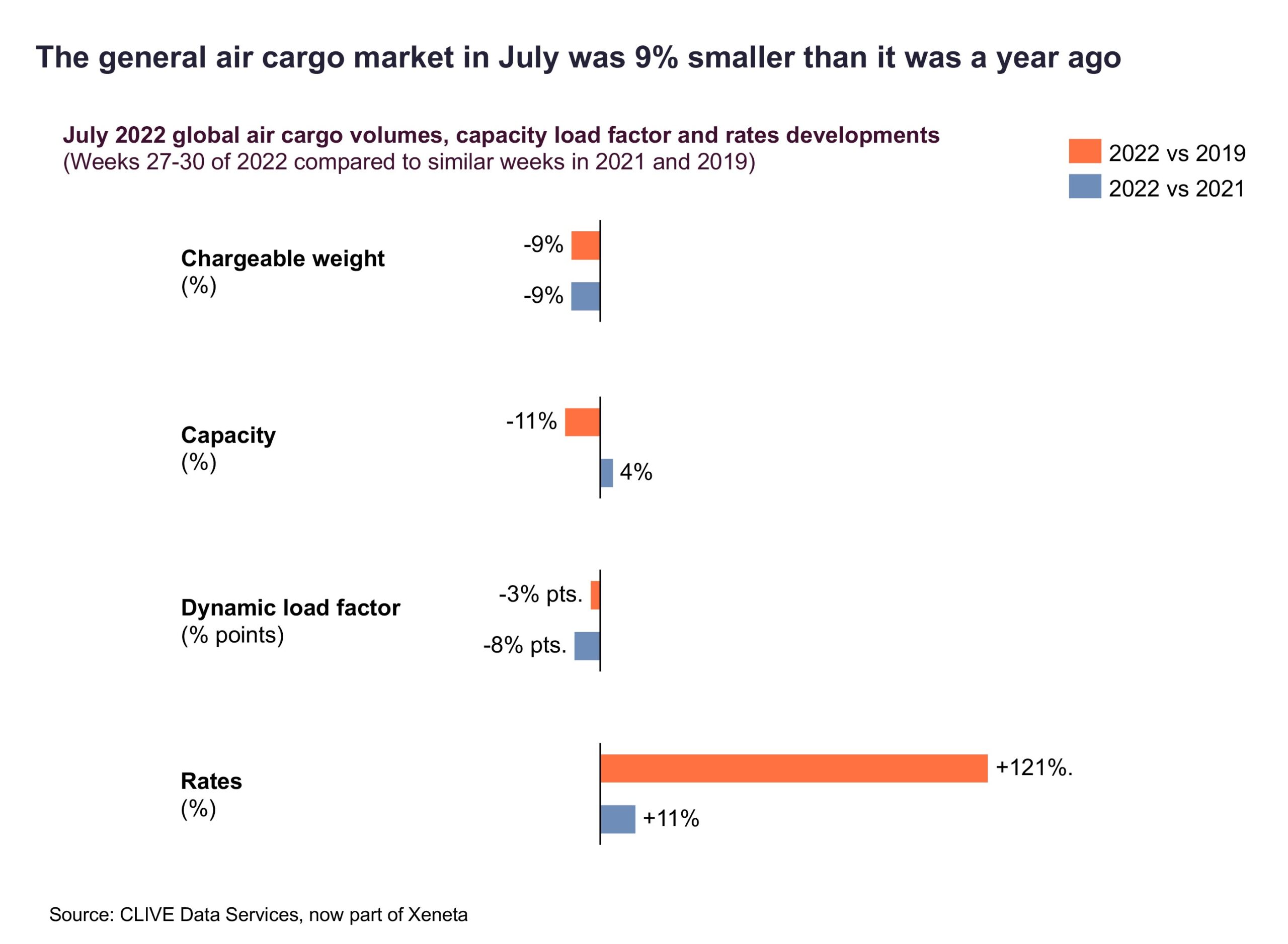 Air cargo demand fell for the fifth month in a row in July as the industry continues to face a “multitude of disruptions”, according to CLIVE Data Services.

The Xeneta-owned data provider said that during July air cargo demand dropped by 9% year on year and the dynamic load factor – taking into account both weight and space – slipped 8 percentage points on last year to 58%.

In July rates were up 11% on a year ago – and 121% of July 2019 – but CLIVE pointed out that the gap between pre-covid levels has continued to narrow.

Xeneta chief airfreight officer Niall van de Wouw said that the demand declines come as the industry is hit by a multitude of disruptions outside of its control, such as the war in Ukraine and the cost of living crisis which is increasingly affecting household budgets.

“There are many dark clouds hanging over the air cargo industry given the state of the world right now,” said van de Wouw.

“Volumes are subdued, and while air cargo rates are still elevated, they are slowly but surely easing back towards pre-Covid levels

“From a rates point of view, indicators suggest the market has yet to bottom out.

“It’s clear that airlines are following the market very closely to ensure they are deploying their assets in the best possible way because the market is moving quickly.

“We have already seen freighters moving away from transatlantic routes.”

Van de Wouw pointed out that in January rates were up 156% compared with pre-Covid 2019 levels to highlight the narrowing of pricing against pre-Covid levels.

The dip in rates was particularly felt on the transatlantic trade, where they are now below the year-ago level. 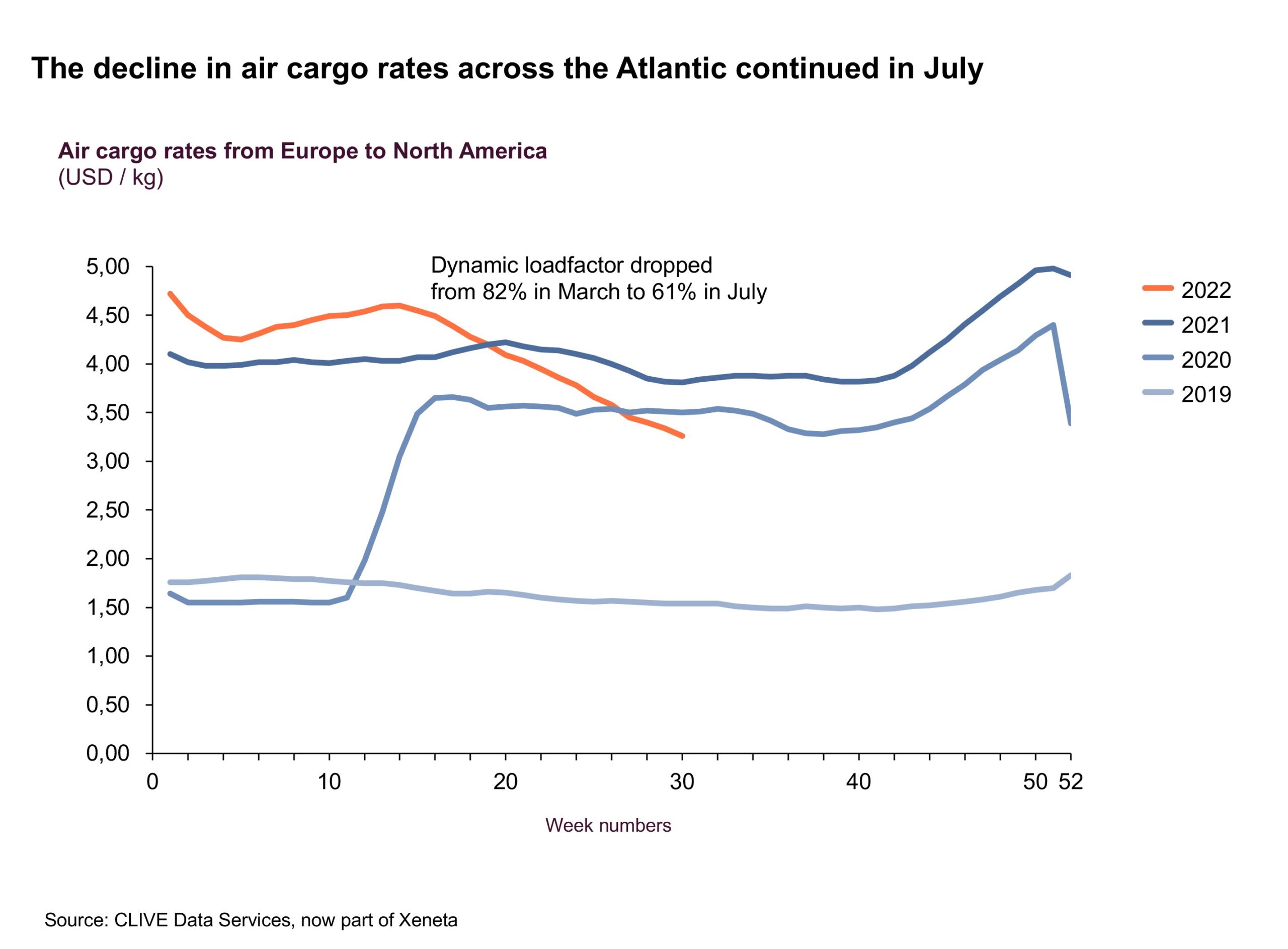 “On the Atlantic, the decline in general airfreight rates we reported for the previous three months of 2022 continued in July,” he added.

“While this will be partly seasonal,  the slight increase in load factor across the Atlantic relative to June – from 58% to 61% – might be a result of carriers and forwarders redirecting their freighter operations to other lanes, hence pushing up the load factor for the remaining flights on these routes,” he said.

In June, air cargo demand was down 7% year on year according to CLIVE statistics.