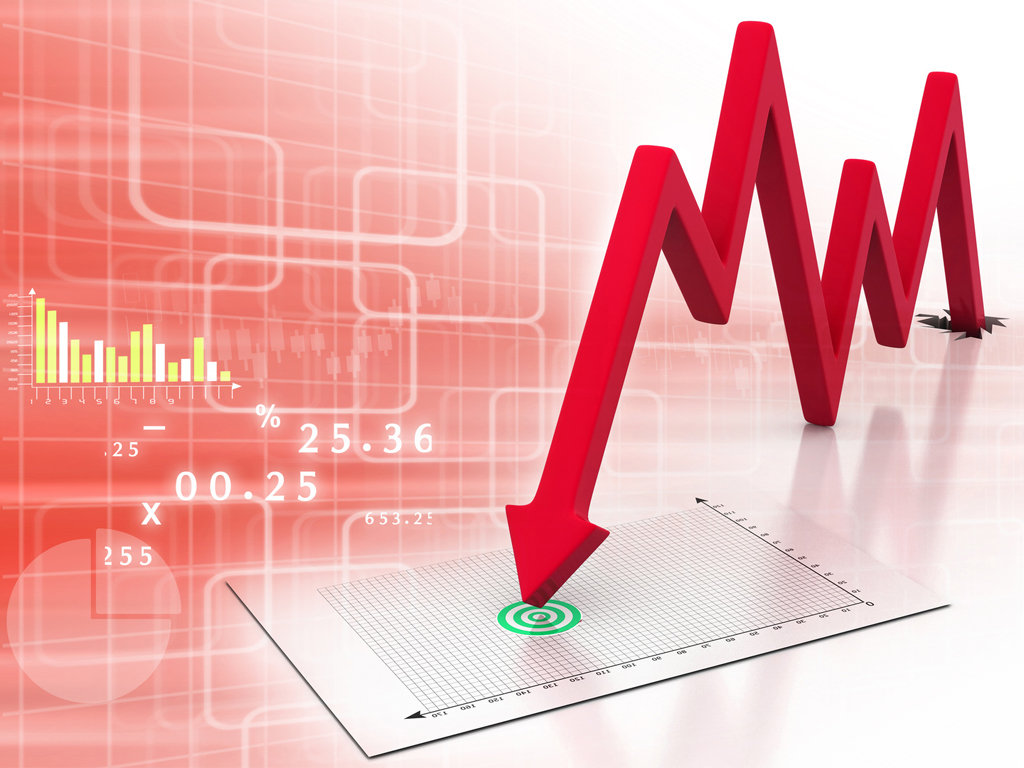 Air cargo recorded its steepest ever decline in air cargo volumes in April, but a greater reduction in capacity resulted in load factors jumping by the highest amount on record.

The latest figures from IATA highlight the volatility experienced in the air cargo market in recent months, with demand in cargo tonne km (CTK) terms dropping by 27.7% year on year in April, while capacity for was down by the greater amount of 42% in terms of available CTK (ACTK).

As a result, airlines saw their cargo load factor improve by 11.5 percentage points to 58%. 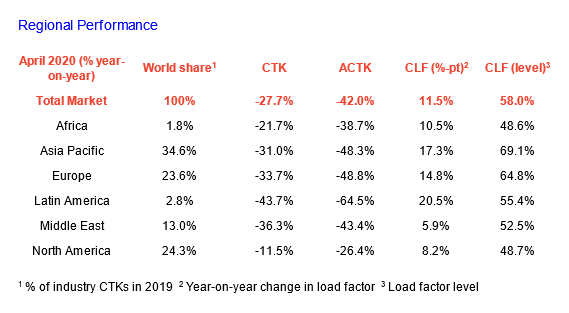 “The magnitude of the rise suggests that there is significant demand for air cargo which cannot be met owing to the cessation of most passenger flights,” IATA said.

IATA said that the capacity decline was largely the result of a 75% reduction in belly capacity during the month, while freighter capacity increased by 15%.

IATA director general and chief executive Alexandre de Juniac reiterated past calls for governments to reduce the amount of red tape around cargo.

“There is a severe capacity crunch in air cargo,” he said. “The result is damaging global supply chains with longer shipping times and higher costs.

“Airlines are deploying as much capacity as possible, including special charter operations and the temporary use of passenger cabins for cargo.

“While many have responded with speed and clarity to facilitate the movement of cargo, government red tape — particularly in Africa and Latin America — is preventing the industry from flexibly deploying aircraft to meet the demands of the pandemic and the global economy.”

Delays in getting operational permits issued, blockages at the border and inadequate ground infrastructure to/from and within airport environments continue to hamper air cargo in countries in Africa and Latin America, IATA said.

Looking at regional performance, IATA said that airlines based in Asia-Pacific saw demand for international air cargo fall by 31% in April 2020, compared to the same period a year earlier.

However, the large Asia-North America market recorded a lower 7.3% decline due to the rise in movement of personal protective equipment (PPE).

North American carriers reported a fall in demand of 11.5% year-on-year in April, which was the smallest contraction of all regions.

“While still a significant drop, it remains less than the decline seen at the height of the Global Financial Crisis in April 2009 (-32.3%),” IATA said.

Europe based airlines reported a 33.7% drop in cargo volumes in April, much sharper than the outcome for March (-18.8%).

“However, the large Europe-Asia market recorded less of a decline due to the rise in movement of PPE,” IATA said.

In the Middle East, carriers reported a decline of 36.3% year-on-year in April, significantly worse than 14.4% fall in March.

IATA said that despite a number of carriers in the region maintaining some cargo capacity, traffic on all key routes was low.

Latin America based airlines posted the sharpest fall—a 43.7% year-on-year decline. The Covid-19 crisis is “particularly challenging for airlines based in Latin America owing to strict containment measures and a lack of support from Governments to keep cargo moving”.

Finally, Africa based airlines saw year-on-year demand fall by 21.7%. “The small Africa-Asia market was the most resilient route in April, down only 1%,” IATA said.