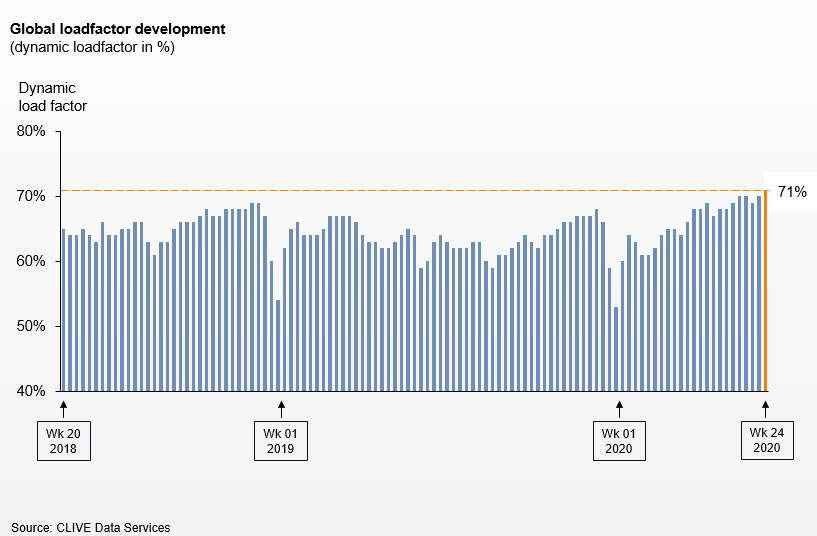 Air cargo load factors have reached their highest level since at least 2018, according to the latest analysis from CLIVE Data Services.

Figures from the data provider show that dynamic load factors – based on volume rather than weight – have now hit 71%, representing the highest level since the company began monitoring the market in 2018.

Niall van de Wouw, managing director of CLIVE Data Services, outlined various reasons for the increase in load factor: “Given the week-over-week reduction in capacity, growth in volumes and the lesser dependence on lanes with large imbalances (ex-China and HKG), and considering the trade imbalances that do exist, this suggests the level of capacity utilization must be reaching the practical maximum.”

In its latest market analysis, Seabury Consulting said that last week capacity reached its lowest level since the start of May as carriers began to reduce their cargo-only passenger flights.

Rates have also been declining in recent weeks as the need for urgent PPE transport services eases.