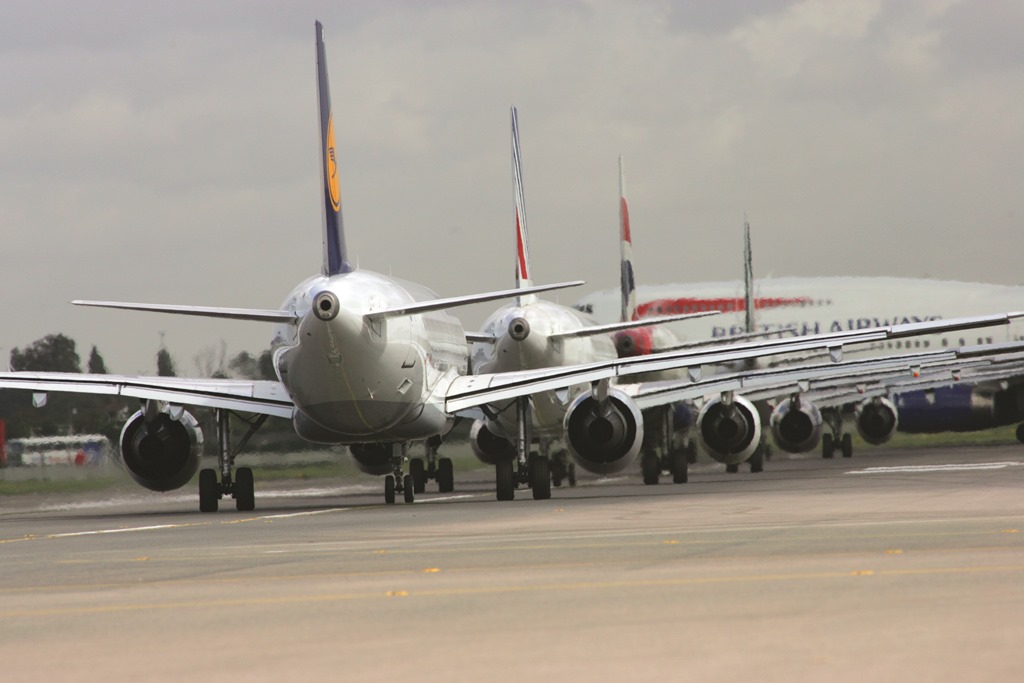 Initial traffic data from European airlines suggests there has been a strong peak-season pick-up in demand in October, while forwarders are reporting a shortage of capacity from Asia and bans on ad-hoc charter flights.
The latest data from Lufthansa, Air France-KLM, IAG Cargo and Finnair shows that three of the airlines saw a sharper increase in volumes in October than they have over recent years.
Cargo demand across the Lufthansa group was up 9.6% month-on-month in October, compared with a 5.7% increase in 2014.
IAG Cargo recorded a 12.3% increase in October on a month earlier, versus a 9.3% uplift last year, and Finnair saw demand jump by 12.9% against a 1.7% increase in 2014.
The 2015 October month-on-month surge in demand experienced by Lufthansa, IAG and Finnair is the largest reported by the airlines in the last five years.
The only airline to see growth weaken month on month this October compared with last year was Air France-KLM, but the Franco-Dutch airline group’s volumes in 2014 were affected by strike action.
This year, it witnessed demand growth of 5.4% in October compared with September.
Forwarders have also noted a spike in demand over recent weeks.
In a customer circular, Expeditors warned that the rush was creating a shortage of capacity, exacerbated by a ban on ad-hoc charter flights in China.
“An increase in factory output activity after the Chinese National holiday has resulted in higher levels of demand for available capacity from origins such as Hong Kong, Shanghai, Beijing, Chongqing, Chengdu, Tianjin, Guangzhou and at transshipment points in Taiwan and South Korea," it said.
“Some backlogs have also formed as shippers accelerate orders by converting ocean shipments to airfreight to fulfill pre-holiday orders.
“As cargo accrues at Asian airports, only marginal additional airfreight capacity was added to the market in October and during the first week of November.
“Additionally, some carriers have struggled with crew shortages, mechanical issues, and flight cancellations.
“Further, the Chinese Civil Aviation Administration, via two recent memorandums to airlines, implemented restrictions on airports in Shanghai, Tianjin and Shenyang on the addition of charter capacity, extra flights or new lane applications at these airports as a direct result of poor punctuality rankings among the 48 airports in China.
“This restriction has further compounded backlogs primarily in Shanghai.” 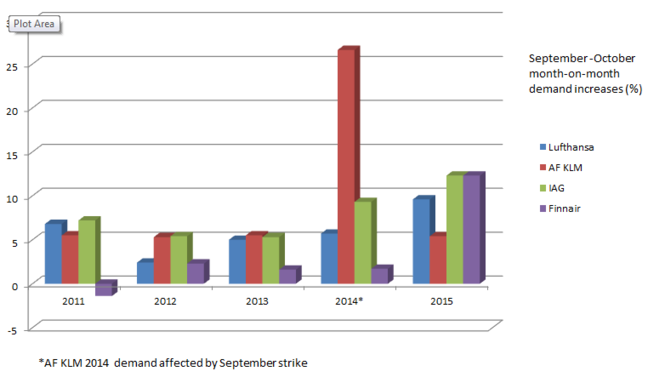 While the airlines did benefit from a spike in demand in October over September, the year-on-year supply and demand comparisons told a familiar tale: load factors decline as a supply increase outstrip demand growth.
Lufthansa, for instance recorded a 1.8% year-on-year decrease in demand in October to 894m cargo tonne km (FTK), while its capacity was up 2% on last year. As a result, its load factor slipped to 65.6% compared with 70% a year ago.
Air France-KLM recorded a 10.1% year-on-year decline in volumes to 786m FTK, as it adjusts its freighter strategy, while capacity was down by the lower amount 7.5% and its load factor slipped from 64% to 62.2%.
For Finnair, which has also adjusted its freighter strategy, its demand in October was down 6.2% to 75m FTK, while capacity was down by 1.9% and as a result its load factor slid to 61.6% from 65.9% a year earlier. 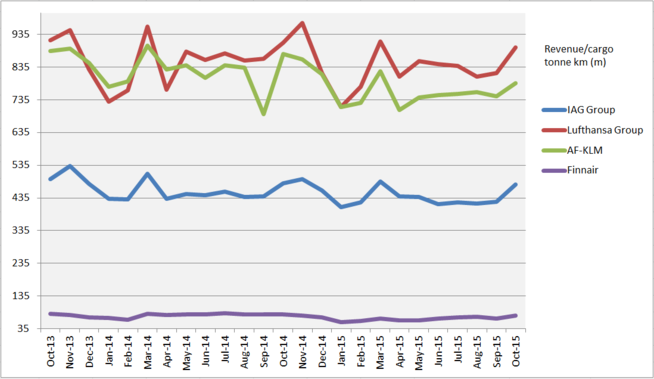 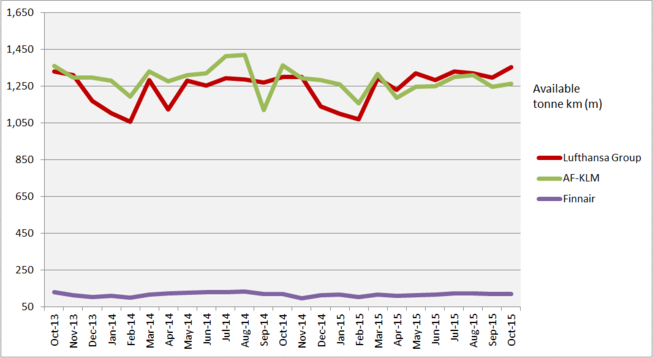 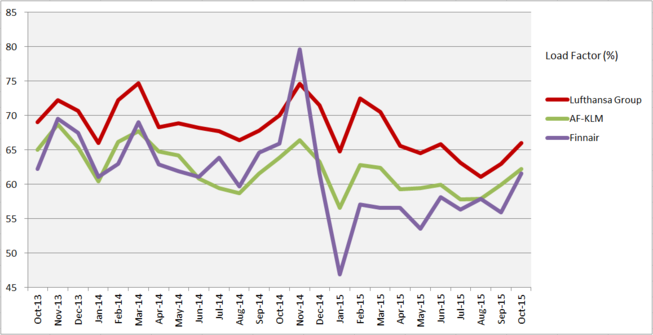