Air freight rates continued their recovery in April as cargo load factors remained steady, but tough market conditions are expected to prevail over the summer.
The latest statistics from analyst Drewry show that air freight rates climbed by three cents on the March level to $2.61 per kg. It is the second month in a row that prices have improved.
Although there was only a slight increase on the prior month’s figure, the improvement will be welcomed by airlines as prices had been falling from November last year until March.
However, prices continue to track below last year’s level when airlines were able to achieve $3.01 per kg.
The increase comes as cargo load factors remained at March’s level of 43.5%. March is traditionally one of the stronger months of the year in terms of demand and therefore it is not unusual for there to be a dip in load factors.
Looking ahead, Drewry painted a bleak picture for the summer months.
“Drewry expects airfreight pricing to remain under pressure, with further deterioration anticipated into the Northern Hemisphere’s summer months as more passenger aircraft are brought into service to support the peak tourist season,” the analyst said in its Sea and Air Shipper Insight report. 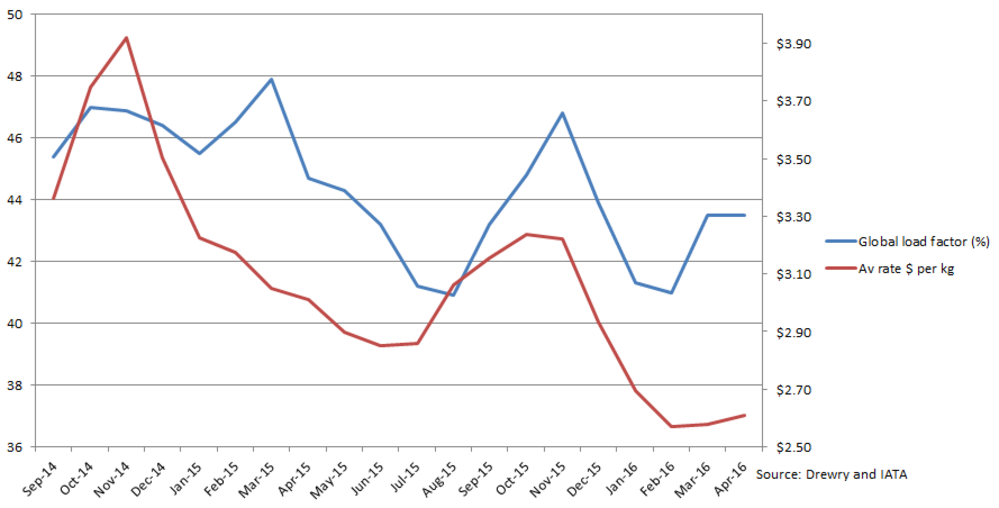