Air cargo set to take 9% demand hit due to coronavirus 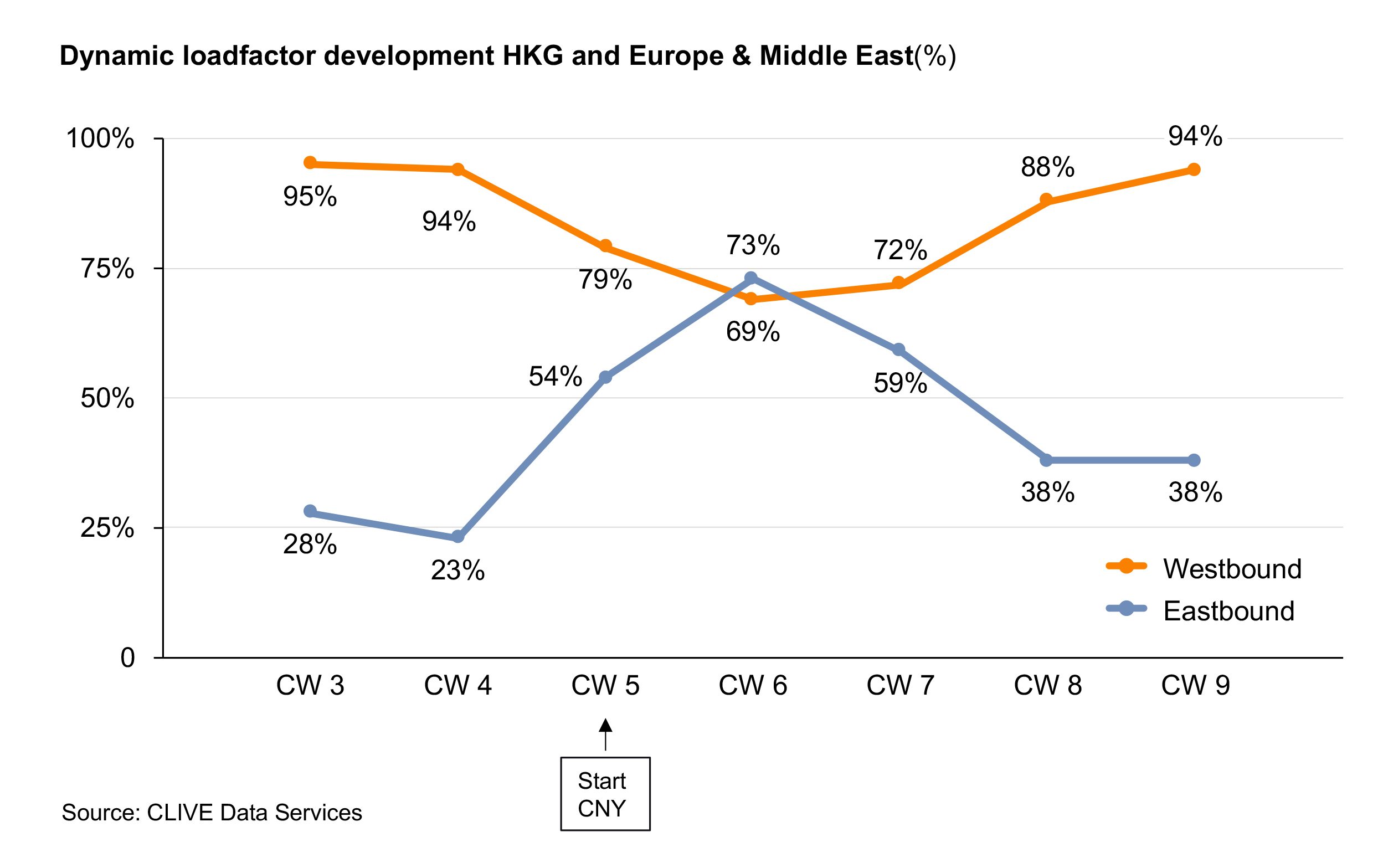 Research by CLIVE Data Services shows that global air cargo volumes for February will be down 9% compared with 2019, largely as a result of the coronavirus.

Figures from the data provider show that February’s volumes were down 2% in February. However, adjusting the analyses for the fact that the Chinese New Year fell early this year (-3%) and the fact that February 2020 is a Leap Year, with an extra day over the same month a year ago (-4%), takes the overall decline to close to -9%.

CLIVE’s managing director, Niall van de Wouw, said: “It is our opinion that the near -9% decline in February is the best ‘temperature reading’ of the state of the global air cargo industry.

“Without the normalisation of the data we have applied, the picture is skewed.”

While demand is down on a year ago, dynamic* load factors remain at a normal level because of the amount of capacity that has been removed from the market due to reduced passenger demand.

“This, however, is more related to the capacity taken out of the market by airlines than a surge in demand. Air cargo volumes out of Hong Kong are still 30% below their level post Chinese New Year and 23% less than in the same week of last year.

“On a more positive note, the step-by-step growth in chargeable weight does indicate that Chinese demand for cargo capacity is showing the early signs of shifting gear (see chart at end of article).”

This reflects the latest freight rate data which points to an uptick in intra-Asia demand ahead of China production ramping up to full capacity. 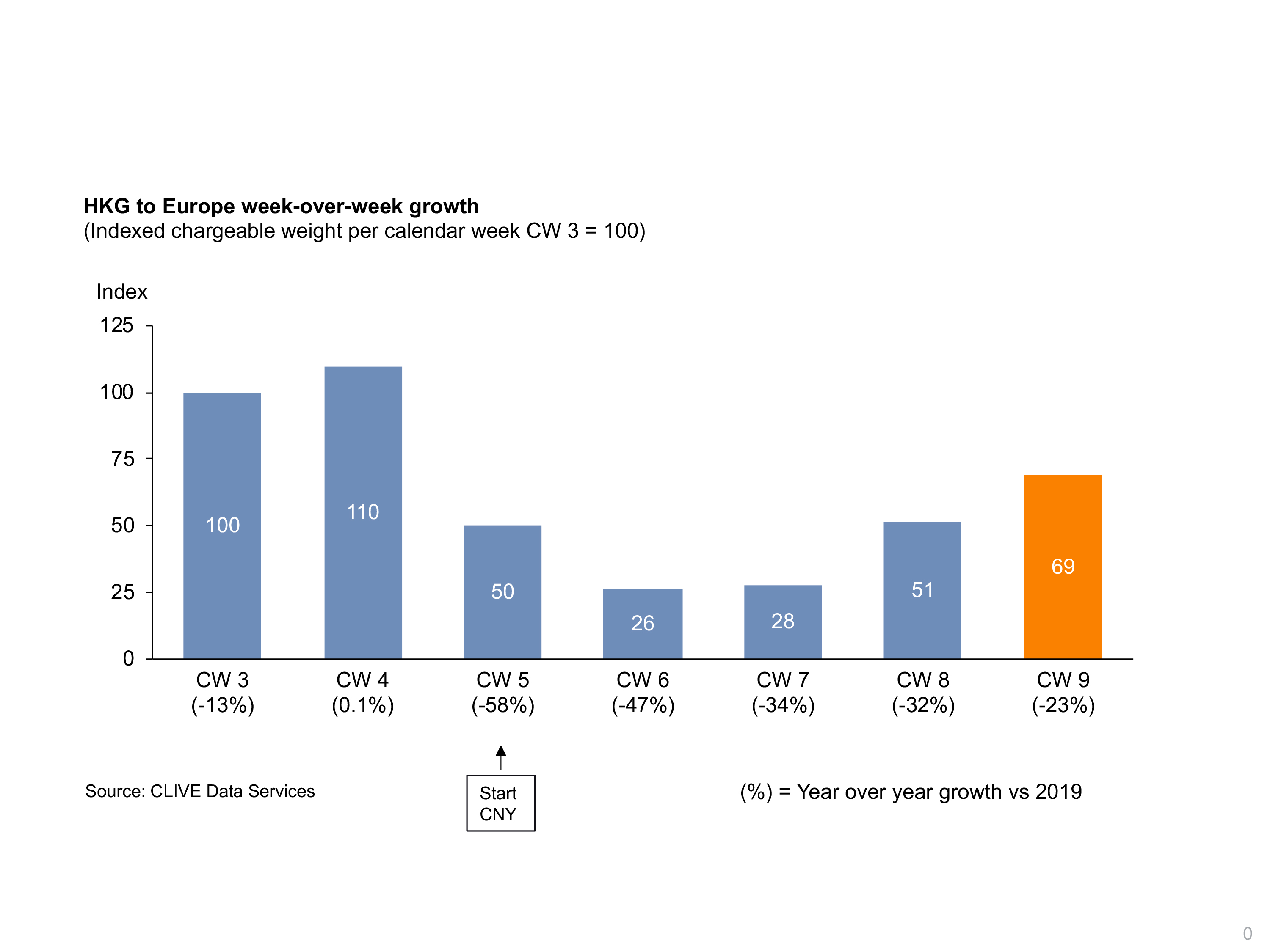