Air cargo tonnage up 7.5 per cent in May 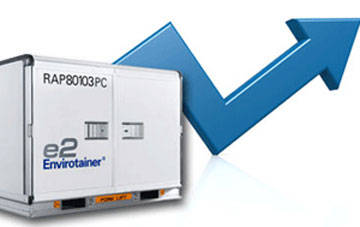 GLOBAL air cargo tonnages saw a 7.5 per cent year-over-year increase in May but a 0.2 per cent yield drop in US$, stated WorldACD in its latest market data report.
From April to May, yields fell by 1.9 per cent, “a not unusual seasonal phenomenon,” said the Netherlands-based research house that uses primary data supplied from airlines worldwide.
In outgoing volume increases, Asia Pacific “stood out” with a growth of over ten per cent year on year during May, followed by Central & South America, at 8.7 per cent and Africa, at 8.5 percent.
A five per cent year on year yield increase was registered for origin Europe, but this was due to exchange rate effects, said WorldACD. Measured in euros, yields ex Europe were flat.
For incoming cargo, Africa and the Middle East saw year on year yields in US$ growing by 4.9 per cent and 3.9 per cent respectively.
“The already positive year-to-date trend was further reinforced, leading to a five per cent year on year revenue growth (in US$) for January to May 2014. Yield differences between the individual months were less pronounced than last year,” said WorldACD.
“Perishables as well as pharmaceuticals and temperature-controlled goods continued to grow more than other cargo. The latter two categories also helped to keep the yield somewhat in check on its downward path: without them, the yield drop would have been 2.1 per cent instead of 1.8 per cent.”