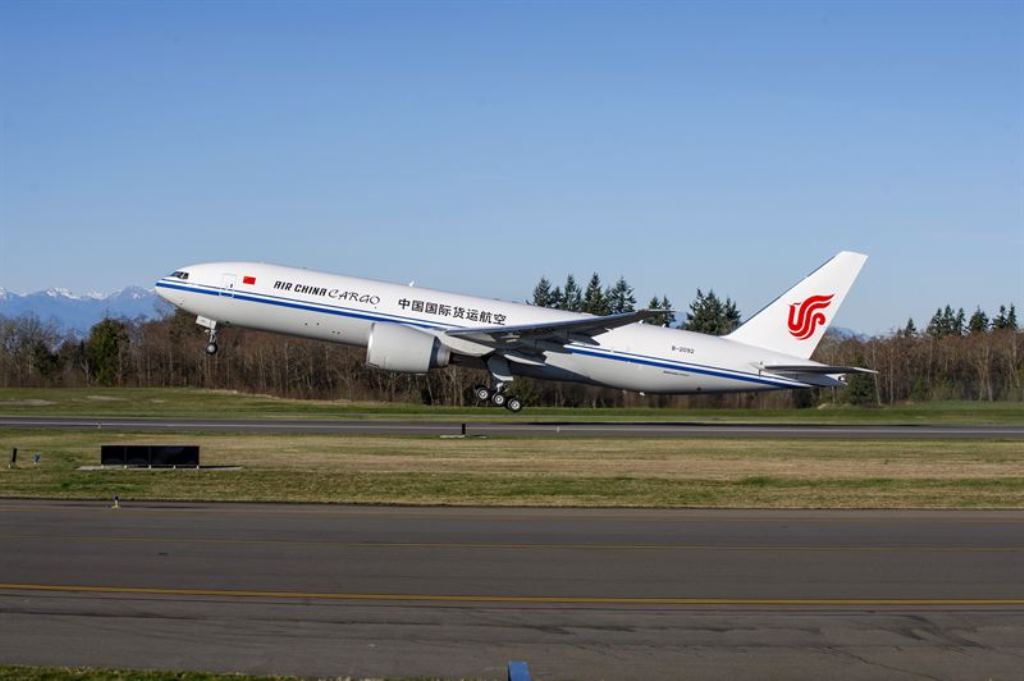 Air China ended 2015 as the major combination airline (see table at end of article) with the fastest growing cargo demand and was one of five that didn’t record a growth slowdown compared with 2014.
Of the carriers that report monthly cargo demand, the Chinese flag carrier saw traffic jump by 15.2% year on year to 6.6bn revenue freight tonne km.
This was the highest growth rate of the fifteen airlines monitored by Air Cargo News and comes as it continues to expand its fleet.
During the year its cargo arm took delivery of two 777-200Fs, which swelled its all-cargo line-up to eight 777s, three 747-400Fs and four Boeing 757-200Fs (which are used chiefly to provide domestic linehaul for China Post).
The 747 freighters are deployed on intra-regional sectors and for charter work, whereas the 777s serve the carrier’s trunk routes to Europe and North America.
In its third quarter results, the airline group revealed it had increased its fleet to 574 aircraft compared with 523 a year earlier, mostly through the addition of the short to mid-range Boeing 737s and A320 and A321 aircraft.
Air China was the third fastest grower in 2014, behind Cathay Pacific and China Southern.
The second fastest grower in 2015 was China Southern, which saw traffic increase by 11.9%, while Cathay Pacific was third with a 5.4% increase.
In total, seven of the fifteen airlines managed to record increases in demand over their 2014 levels.
The only non-Asia airline that managed to report year-on-year growth was United Airlines which recorded a 5.2% jump following on from its 12.4% increase in 2014.
None of the four European airlines monitored managed to record a demand increase, although IAG managed to do the least worse with a decline of 3%.
In total, eight of the airlines recorded a demand decline with Finnair leading the way with a 13.7% reduction as it moved away from running freighters from Asia to Europe in preparation for the delivery of new Airbus A350 XWB aircraft which will increase cargo capacity by 50% by 2020.
The LATAM Group recorded the next largest decline – 12.1% – as it also continued to move away from operating freighters as passenger fleet was expanded and South American economies continued to struggle.
The figures also reflect the growth slowdown noted by IATA in its annual cargo demand round up. Only four of the airlines – Air China, China Eastern, IAG and SIA – managed to improve on their growth performance in 2014.
Also, the average growth rate of the 15 airlines stood at -1.1% in 2015 compared with an increase of 4% in 2014.
The lower average growth rate than that of IATA’s 2.2% increase is probably down to the fact that the list doesn’t include any of the Middle Eastern airlines. Carriers from this region recorded demand growth of 11.3% in 2015 according to IATA.
The Air Cargo News list also contains several carriers that are backing out of the freighter market, which appears to be having a negative impact on demand. 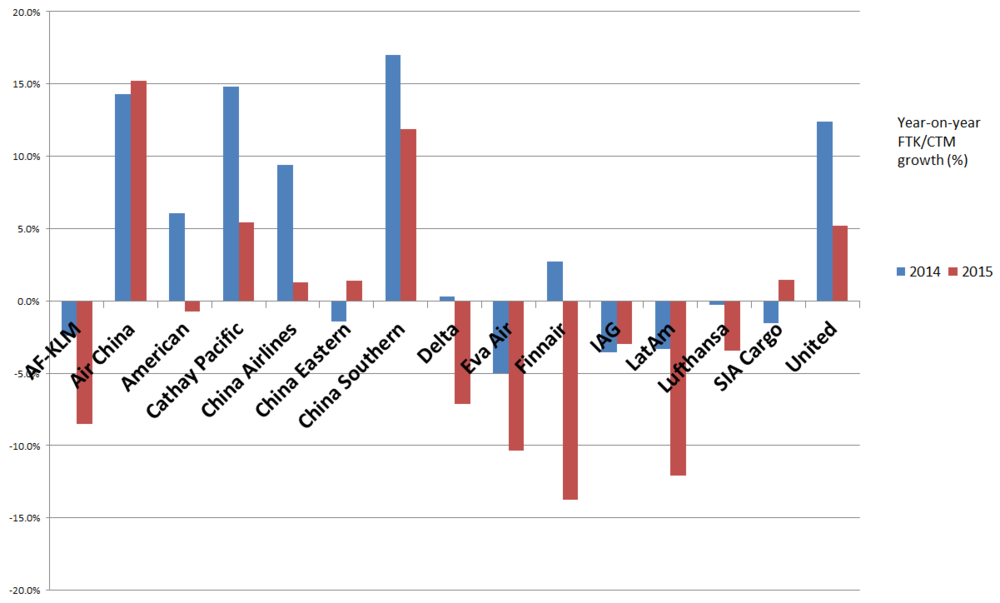