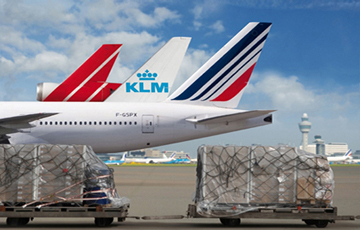 AIR-FRANCE has called on its striking pilots to return to work as the beleaguered carrier continues to haemorrhage millions of euros over its controversial low-cost carrier plans, writes Thelma Etim, deputy editor.

In desperation, the company’s management has proposed the immediate withdrawal of the Transavia Europe project, whilst further developing Transavia France “accompanied by the safeguards as discussed in the negotiations so far”.

“This balanced proposal meets the unions’ requirements by providing a renewed guarantee that there will be no relocation. It preserves the Transavia development project, a ‘made in France’ solution to face the competition from foreign low-cost carriers and conquer this rapidly-expanding market. It meets the needs of employees who want their company to get back on track. It enables us to find an immediate outcome to this destructive conflict,” reads a company statement.

Alexandre de Juniac, chairman and chief executive (CEO) of Air France-KLM and Frédéric Gagey, chairman and CEO of Air France, state: "Our Transavia project is a 100 per cent pro-France project. It is about developing Transavia to encourage growth in France and quickly create more than 1,000 jobs in France (including 250 pilot jobs). With the withdrawal of the Transavia Europe project, there is now no reason to strike because there are no longer any concerns about relocation. We therefore call on the striking pilots to return to work immediately."