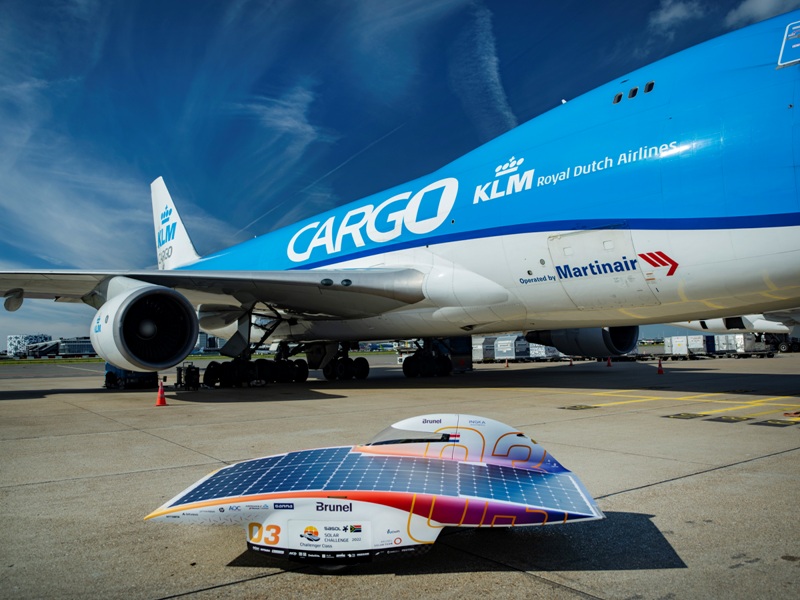 The Nuna 11s car was developed by the Dutch Brunel Solar Team from Amsterdam’s Delft University of Technology and will take part in the event which challenges teams to build cars that can travel as far as possible using just solar power.

The car departed Schiphol Airport for Johannesburg on a AFKLMP Boeing 747 freighter aircraft on August 6.

AFKLMP converted the fuel needed to fly the Nuna 11s from Amsterdam to Johannesburg into sustainable aviation fuel (SAF), reducing the carbon footprint of the journey.

This year’s Sasol Solar Challenge will start in Johannesburg on September 9 and end in Cape Town on September 16.

“The airfreight industry faces the challenge of reducing our collective carbon footprint. Part of our purpose is to drive innovation towards this goal by leading initiatives involving all the players in the industry.

“From an airline perspective, fleet renewal and the adoption of sustainable aviation fuel are key policy objectives for the short and medium term, bringing us closer to making the necessary change.”