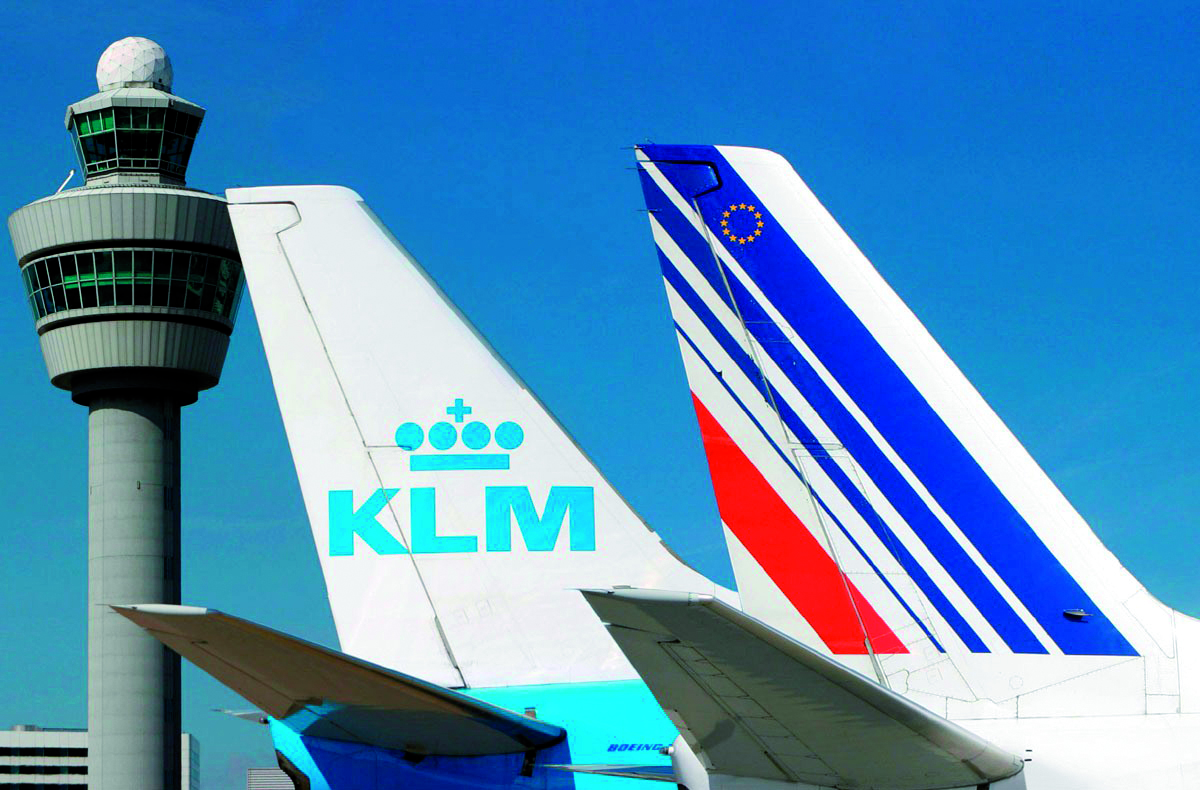 Air France-KLM reported a “strong operating result” in its third-quarter 2017 financial figures but kept quiet on the current aircraft slots row at its Schiphol hub which has seen reports that Russia will restrict overfly rights for Netherlands-registered aircraft.
The group operating result for the Franco-Dutch joint venture in the July to September period was a little over €1bn, up by 38.7% compared to the same quarter in 2016.
There was a noticeable improvement in cargo-related performance which the airline group said confirmed “the continuation of the turnaround” in its ongoing freight-related fortunes.
Air France-KLM carried 279,000 tons of cargo over the three months, up by 0.1% year on year.
Cargo traffic rose by 0.6% year on year to reach 2.1bn revenue tonne-km, while capacity fell by 0.3% year on year to 3.7bn available tonne-km. As a result, the load factor improved by 0.5 percentage points to reach 57.1%.
Total cargo revenue over the July to September period rose by 1.2% (3.2% at constant current rates) to reach €493m, while unit revenue per RTK was up 1.1% year on year (2.8% at constant currency) to reach €21.42.
A comparison of AF-KLM’s third-quarter cargo results with the first nine months of this calendar year offers evidence that the airline is continuing on the right track, if perhaps only slowly.
Over the January to September period, Air France-KLM carried a total of 837,000 tons of airfreight, pretty much identical with the figure for the same nine months of 2016.
Cargo traffic rose by 1.3% year on year, capacity by 0.1%, so the load factor rose by 0.7 percentage points to 58.8%.
However, total cargo revenues were down by 1.3% a year (1.1% a year at constant currency).
Russia’s civil aviation department has reportedly threatened to ban Dutch aircraft from its airspace after Russian all-cargo carrier AirBridgeCargo (ABC) lost a number of freighter flight slots at capacity constrained Schiphol, Europe’s third largest cargo airport.
ABC is not the only freighter operator affected by the aircraft slot restrictions at Amsterdam but the Moscow appears to be leveraging its airspace flying rights, which would mean a significant diversion and thus extra cost for AF-KLM flights if the ban goes ahead.