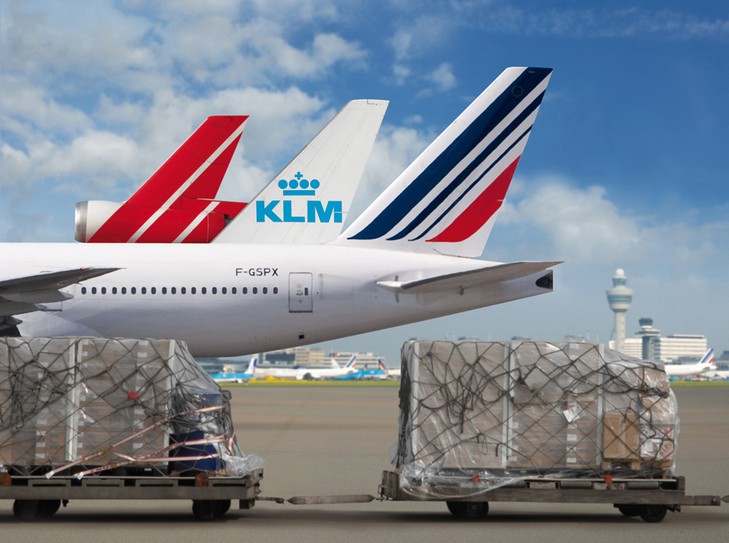 The Air France KLM Group recorded an increase in cargo traffic for the second year in row in 2018, while it also improved its load factor.
The Franco-Dutch airline group saw air cargo traffic increase by 0.7% year on year in 2018 to 8.7bn revenue tonne kms, following on from a 1.9% improvement in 2017.
With cargo capacity decreasing by 0.1%, its cargo load factor reached 63.4% in 2018 compared with 62.4% in 2017.
The improvement in demand was led by Air France, which recorded a 3.2% improvement, while there was a 0.1% decline at KLM.
The performance comes as European airlines are expected to see a moderation in cargo demand growth compared with rapid increases in 2017.
Over recent years Air France KLM has been offloading freighter aircraft, which has had an affect on its cargo traffic figures.
This year the airline group’s capacity has been effected by the replacement of three Boeing 747 combi aircraft with B787s
Earlier this year, there was strike action at Air France, which also took its toll on performance.