Air France KLM saw cargo revenues increase in the second quarter, despite a fall in traffic, while the overall airline group’s performance was affected by strike action.
The latest financial results from the Franco-Dutch airline group show that cargo revenues increased by 7.3% year on year to €543m during the second quarter, while traffic was down by 2.3% against last year to 2.1bn cargo revenue tonne kms.
Despite the traffic decline, the airline managed to increase its cargo load factor for the period to 59.3% compared with 59.1% last year.
The airline group said that capacity during the period was affected by the replacement of three Boeing 747 combi aircraft with B787s, while ongoing strike action by Air France staff resulted in the cancellation of flights.
AF KLM said: “The cargo business continued its turnaround in the second quarter 2018, with market demand remaining strong, especially on the Americas and Asia. The overall unit revenue increased by 6.3% at constant currency.”
The overall airline group saw net profit for the second quarter fall to €109m from €593m a year ago.
The airline estimates that the strike cost it €335m during the first half of the year, while increased pension and fuel costs also affected performance. 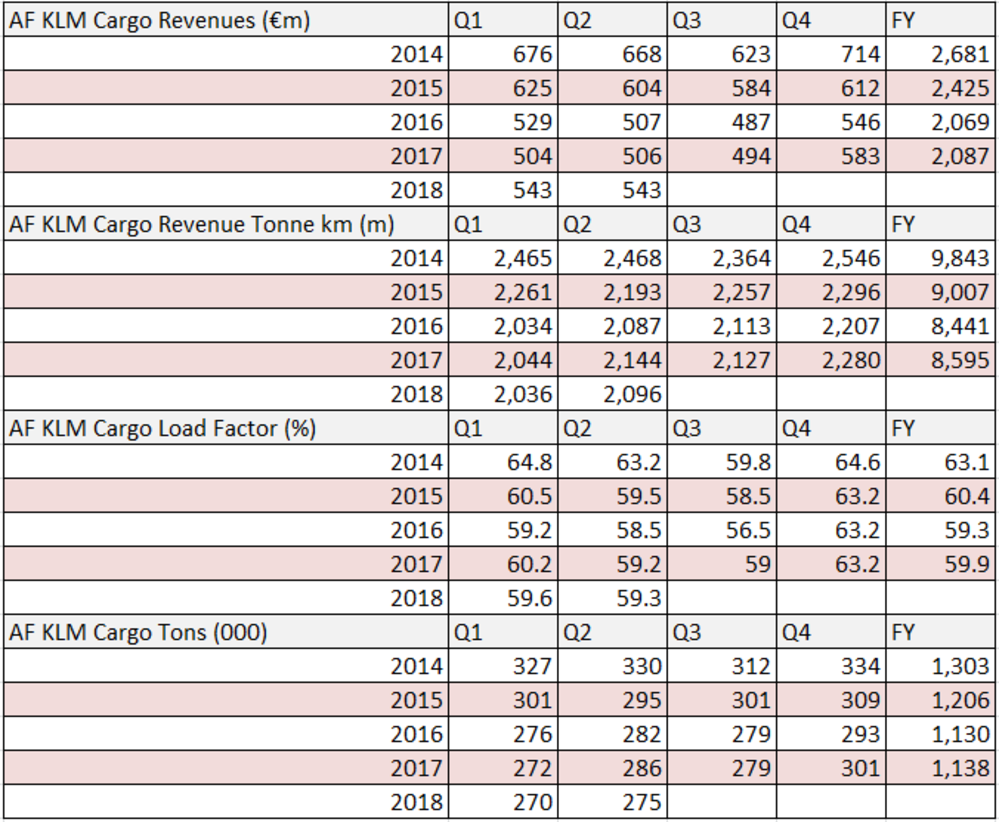