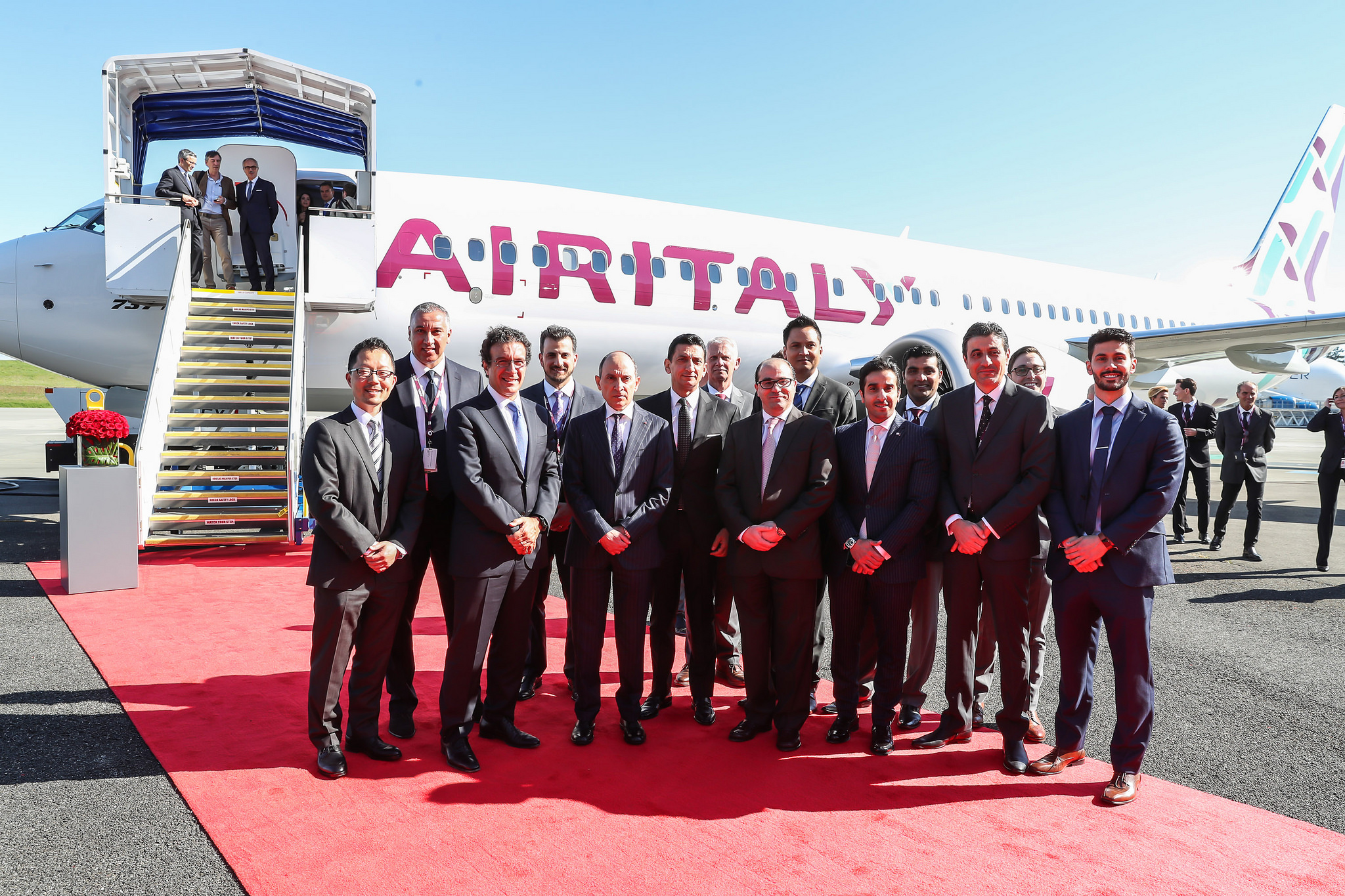 Air Italy, the carrier formerly known as Meridiana, has taken delivery of its first Boeing 737 Max aircraft.
Akbar Al Baker, group chief executive of Qatar Airways, which holds a 49% stake in Air Italy’s parent company, AQA Holding, was at Boeing’s Everett Delivery Centre in Seattle in the US to receive the aircraft (the previous sole shareholder, Alisarda, maintained a 51% share).
The aircraft is the first of approximately 50 new aircraft expected to be added to the Air Italy fleet by 2022, and the first of 20 new B737 Max aircraft that will join the airline over the course of the next three years.
Al Baker described the delivery as a “landmark event”, calling it the “next exciting chapter for Italy’s future carrier of choice”.
The B737 Max aircraft will replace Air Italy’s current B737NGs.
Air Italy expects to also tale delivery of five Airbus A330-200 aircraft this year from the large Qatar Airways’ fleet, prior to these being later replaced by B787-8 ‘Dreamliner’ aircraft.
With regard to network plans, new long-range routes from Milan to New York, Miami, Bangkok and Mumbai have already been announced.
This month, Air Italy launched short-haul routes connecting Milan to Rome, Naples, Palermo and Olbia. Additional routes from Milan to the Sicilian east coast city of Catania and Lamezia Terme in Calabria will launch on July 1 and September 1 respectively.