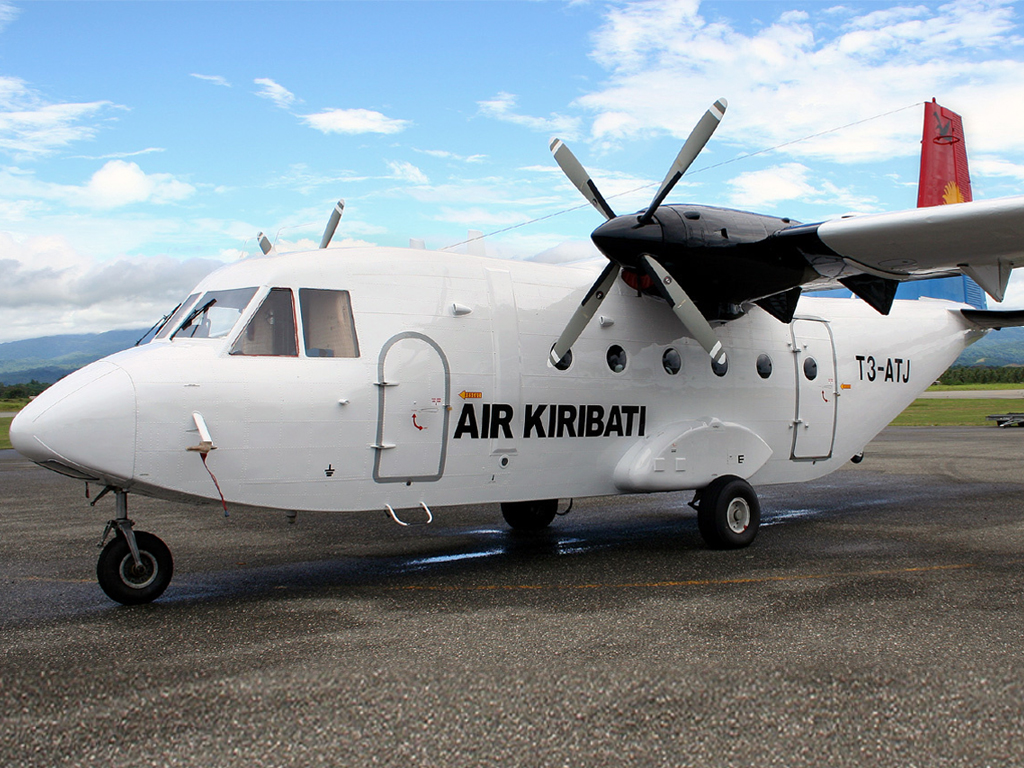 Air Kiribati and Solomon Airlines have signed an agreement paving the way for a new service linking Tarawa in Kiribati with Honiara (the capital of the Solomon Islands), Brisbane and Nadi in Fiji.
Kiribati’s national carrier only recently relaunched as an international airline.
At the official signing of the deal in Tarawa, the Kiribati minister for transport, information, communication, and tourism development, Willie Tokataake, said this newly agreed collaboration is important both in its capacity to significantly boosts aviation access into Kiribati and to build on both countries’ existing strong links.
“There is no doubt this new agreement will boost economic development opportunities and in particular tourism and export opportunities for Kiribati,” the minister said.
Solomon Airlines chief executive Brett Gerbers described the deal as an important step. “Our partnership with Air Kiribati is an important one and we very much look forward to working together to see this become a success,” he said.
“This service is more than just a link between two nations – it is also an avenue for both nations to grow and prosper as we walk forward together.”
The start date and service schedule will be announced in the coming weeks, with an official launch to be held in Tarawa.