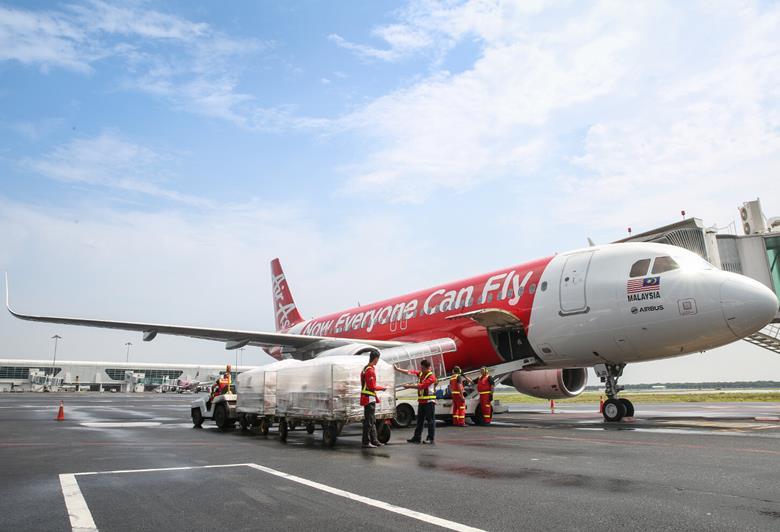 AirAsia has operated cargo-only flights throughout the coronavirus pandemic

AirAsia will operate its first dedicated cargo aircraft — a Boeing 737-800 — in the third quarter of the year, as the low-cost giant doubles down on expanding in the region’s  cargo market.

The aircraft, operated by AirAsia logistics unit Teleport from its Bangkok hub, will join two Airbus A320s that are currently being converted into temporary freighters by having seats removed.

AirAsia states that one A320 will be based in Kuala Lumpur, while the second A320 will join the 737 freighter in Bangkok.

The three aircraft will operate to cities such as Hanoi, Ho Chi Minh City, Hong Kong, Jakarta and Yangon.

It is unclear where the 737-800 freighter will come from, except that it will be a leased jet. Teleport declined to elaborate further when approached by FlightGlobal.

The AirAsia Group first disclosed plans to develop “a cargo-only core network” when it released its first-quarter financial results in late May.

Aireen Omar, president of AirAsia Digital, where Teleport is sited, said then that the decision was made to “increase independence from passenger networks during these difficult times”.

On the latest announcement, Teleport chief operating officer Adrian Loretz said: “It was evident at the end of last year that the demand for cargo capacity was not going to be served with passenger belly capacity alone in the long run. So, we evaluated the option to utilise dedicated freighters to transport cargo.”

Teleport has been ramping up its cargo-only network in recent months, as the coronavirus pandemic hammered passenger travel demand.

“With the leasing of the freighter and the conversion of planes, Teleport will be even more capable and reliable in delivering more cargo and enforces Teleport’s coverage across Asia,” the company added.