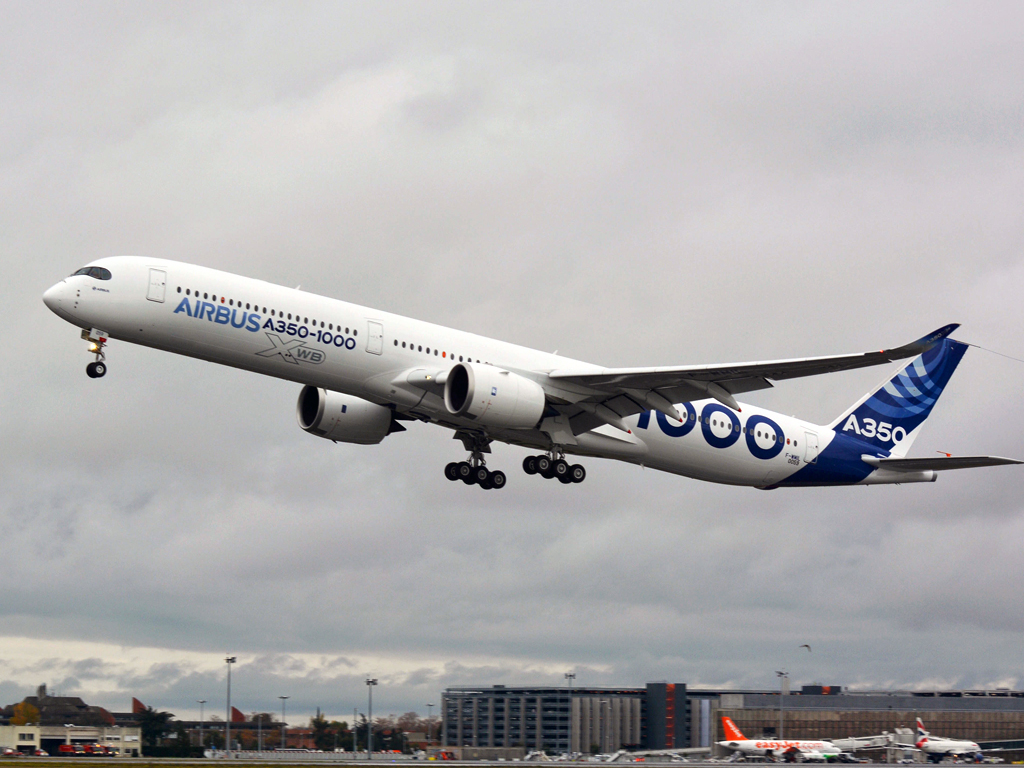 Airbus’s newest XWB (extra Wide Body) option, the A350-1000, took off early this morning (24 November) on its maiden flight.
The maiden test flight out of Toulouse Blagnac and over south-western France marked the launch of the aircraft type’s flight-test programme. Three developmental aircraft will prepare the A350-1000 model for certification.
According to Airbus, the A350-1000 will be its largest and most powerful twin-engined commercial airliner ever – and the world’s most fuel-efficient large widebody.
The manufacturer said that the A350-1000’s testing will benefit from the experience gained during the A350-900 test programme conducted in 2014. As a result, it said, the A350-1000’s development programme will be shorter – under a year for the three aircraft.
The aerospace giant hopes that type certification will be followed by the model’s entry into service during the second half of 2017.
The latest addition to Airbus’ family of widebodies, the A350-1000 has a longer fuselage than the A350-900, a modified wing trailing-edge, new six-wheel main landing gears and more powerful Rolls-Royce Trent XWB-97 engines.
It has a maximum range of 7,950 nautical miles and, Airbus says, will be capable of supporting the development of long-haul routes for emerging markets such as Shanghai – Boston or Paris – Santiago, as well as more traditional flight segments as Manchester – Los Angeles or Dubai – Melbourne.
Up to now, 11 customers from five continents have placed orders for a total of 195 A350-1000s.