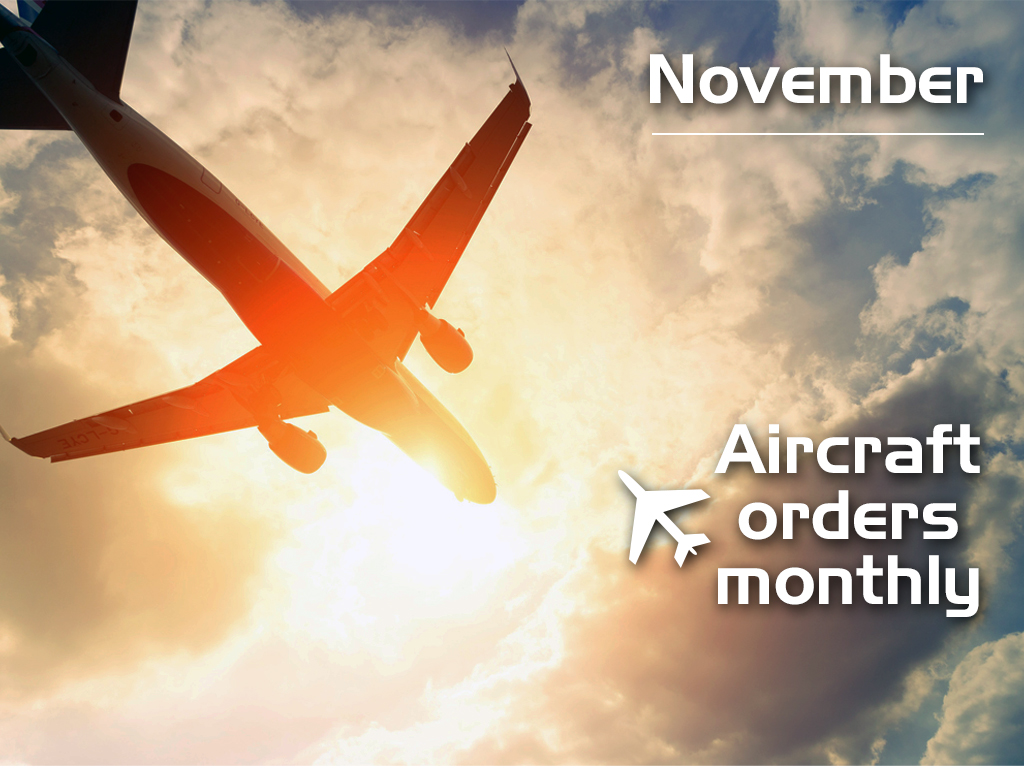 Welcome to the first of a new monthly feature analysing the latest aircraft orders, both passenger and freighter.
EasyJet orders an additional 36 A320 Family aircraft
EasyJet has signed a firm order for a further 36 A320 Family aircraft taking its cumulative order for the type to 451.
The agreement for six A320ceo and 30 A320neo makes easyJet one of the world’s biggest airline customers for the A320ceo Family with 321 ordered and also for the A320neo with 130 on order.
TAP Portugal orders 14 A330-900neo and 39 A320neo Family aircraft
TAP Portugal has signed a firm order with Airbus for 53 Widebody and single aisle aircraft including 14 A330-900neo, and 39 A320neo Family aircraft (15 A320neos and 24 A321neos).
The aircraft will join TAP Portugal’s fleet as part of its fleet renewal announced by the airline’s new majority owner Atlantic Gateway. As part of the agreement, TAP Portugal is replacing its previous order of 12 A350-900s with the A330-900neo.
Vietjet to expand its fleet with order for 30 additional A321s
Vietnamese carrier Vietjet has placed a firm order with Airbus for the purchase of 30 more A321s (9 A321ceo and 21 A321neo). The order was signed at the Dubai Airshow.
IAG converts four A330s and 15 A320neo aircraft into firm orders
The Board of the International Airlines Group (has firmed up orders for 19 additional widebody and single aisle aircraft (2 A330-200s, 2 A330-300s and 15 A320neos).
This latest agreement with IAG and its airlines takes their cumulative Airbus orders to a total of nearly 470 aircraft.
The two A330-200s will be assigned to Iberia and the two A330-300s will be operated by Aer Lingus. The 15 A320neos will be assigned within the group.
BOC Aviation announces order for 22 B737s
Boeing and BOC Aviation, announced an order for 22 737 airplanes, building on the leasing company’s existing order book to fulfill customer demand.
The order, consisting of 11 Next-Generation 737-800s and 11 737 MAX 8 airplanes, will be posted to Boeing’s Orders and Deliveries website once finalized.
EVA Airways has finalised Taiwan’s largest ever commercial airplane purchase
Boeing and EVA Airways finalised a historic order for up to 24 787-10 Dreamliners and two 777-300ER (Extended Range) jetliners. The order, valued at more than $8bn at current list prices, marks the largest single commercial airplane purchase in Taiwan aviation.
EVA Airways becomes the newest Dreamliner customer and will join the 787-10 launch customer team as one of the first airlines in the world to introduce the newest member of the 787 Dreamliner family.
Jet Airways confirms order for 75 737 MAX 8 airplanes
Boeing and Jet Airways, India’s premier international airline, announced an order for 75 737 MAX 8 airplanes at the 2015 Dubai Airshow.
The announcement marks the largest order in Jet Airways’ history and supports the airline’s replacement strategy to have the most modern and environmentally progressive airplane fleet.
The order, previously attributed to an unidentified customer, includes conversions of 25 Next-Generation 737s to 737 MAX 8s, as well as options and purchase rights for an additional 50 aircraft.
Korean Air finalise order for 30 737 MAXs, two 777-300ERs
Boeing and Korean Air have finalised the airline’s order of 30 737 MAXs and two additional 777-300ER (Extended Range) jetliners valued at nearly $4bn at current list prices.
The airline also has options for additional 737 MAXs as part of the order, which was previously announced as a commitment during the Paris Air Show in June.
With this order for up to 52 Boeing airplanes, Korean Air becomes Boeing’s newest 737 MAX customer and now has 62 firm Boeing airplane orders on backlog.
Etihad adding two B777 freighters
Etihad Airways has exercised its options on two Boeing 777 freighter aircraft, making the announcement on the opening day of the Dubai Air Show.
The freighter options, with a list price value of $637m, were part of UAE national airline’s $67bn mixed fleet order for 199 aircraft in 2013.
The additional freighter duo, set for delivery in 2016, will be part of Etihad Cargo, which currently operates three 777Fs, three Boeing 747s and four Airbus A330s.