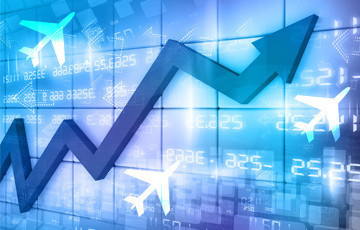 Airfreight volume sustained recent gains in the November to January period but load factors fell in December, thanks to a surge in capacity, said the latest International Air Transport Association Airlines Financial Monitor.
IATA said that airfreight volumes continued strong, despite a small contraction in December compared with November, and the trend has been positive throughout the second half of 2014. Despite concerns about the health of the global economy, demand has been driven by strong growth in ‘Emerging Asia’.
But airfreight capacity increased strongly in December, following a standstill in the previous two months. This kept load factors down, at just over 45 per cent, said IATA.
Overall airline financial performance continues to improve in the latest quarter. This was driven by North American carriers who have been consolidating and cutting costs. The period was also marked by a sharp fall in jet fuel prices, which fell from recent highs of around $140 a barrel to just below $58/bbl.
Did you find this article of interest, if so why not register for a FREE digital subscription to Air Cargo News? – Find out more