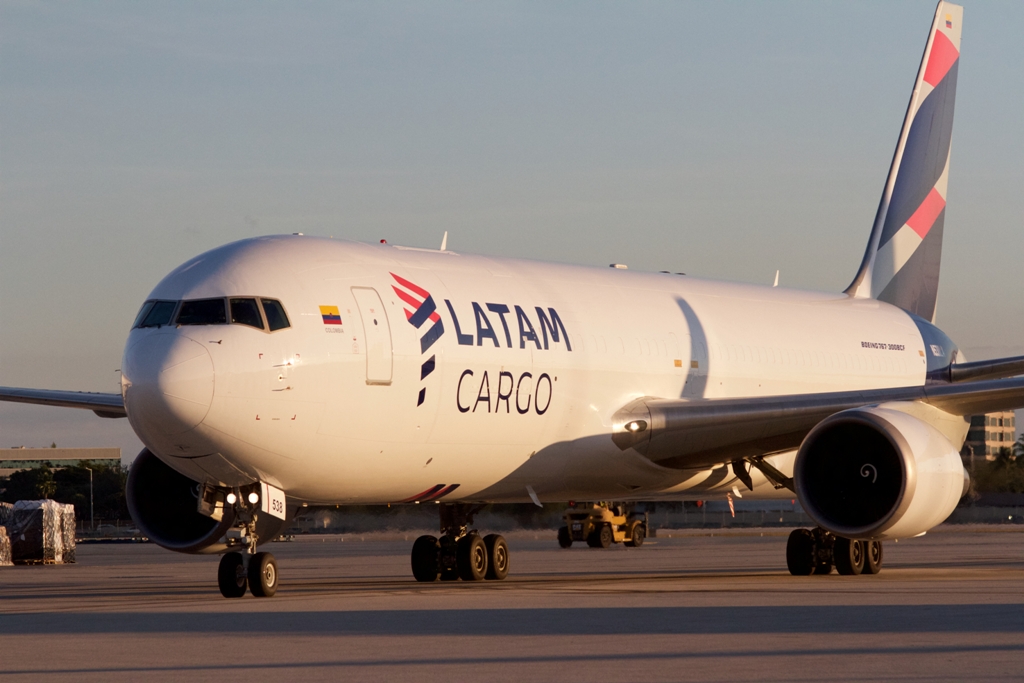 The transport of cargo was a key driver of Latin American passenger carriers’ success in maintaining their operations during the pandemic, as they went without government financial aid while transporting essential freight to fight Covid-19.

And the airlines see that market only growing further in the future.

That’s the conclusion of a panel discussion at the ALTA Airline Leaders’ Forum in Bogota on 25 October.

During coronavirus-driven lockdowns and travel restrictions in 2020 and 2021, customers in Latin America – as in other parts of the world – increasingly turned to ordering goods online. And as that demand grew, so too did the need for timely delivery of those packages to the countries’ farthest corners..

Passenger carriers like Azul, LATAM and Avianca stepped into the void to satisfy that need.

“Cargo is an instrumental part of what we do,” Azul chief executive John Rodgerson says. “I always say that at Azul every single one of our 13,000 crewmembers works for our cargo department.”

The airline’s post-coronavirus recovery has gotten a big boost from its cargo business. Revenue in the segment is expected top R1.1 billion ($198 million) this year, more than double the 2019 revenue, as the airline continues to make investments in the segment.

“There’s a logistics problem in Latin America and this was a business that was going to grow anyway,” Rodgerson says. “It just accelerated through Covid.”

Azul is now delivering 20,000 packages every day, he says, and can send them to more than 1,000 cities in Brazil within two days – a marked improvement over delivery times via ground-based transportation networks.

LATAM Cargo CEO Andres Bianchi considers the global disruption caused by Covid-19 “anything but” an opportunity, but it did create the conditions for a shift in perception among regulators and government authorities on the continent.

“The fact that we were very active, moving vaccines and doing disaster relief, enabled different conversations with the governments, and I think that’s a first step in generating a new operating environment,” he says.

That environment will allow the industry to tackle long-standing issues like high taxation, outdated processes and ageing infrastructure.

Brazil, for example, does not recognize an e-air way-bill, the interchange of electronic data messages in lieu of a paper air way-bill, to conclude the contract of carriage.

“These things are too backwards,” he says. ”We want to take this industry to the next level and we need that efficiency, we need to be competitive.”

“Those are the types of discussions that we need to have,” Bianchi adds.

Azul’s Rodgerson agrees that the conversations changed after the airlines proved they could rapidly shift gears to transport more freight, after passenger demand dried up due to lockdowns and stark travel restrictions.

“People are listening now, so we need to refine what we need, and be very targeted and show how this can be a win-win,” he adds. “We need to come together as an industry to come with solutions instead of crying, ‘Help us! Help us!’ all the time.”

Colombia’s Avianca, too, was able to rope in additional business by placing more emphasis on cargo, even as the company voluntarily fled into a Chapter 11 bankruptcy protection process in May 2020, precipitated by the global decline in passenger demand.

Cargo was “very relevant” to the airline during the depths of the crisis, Avianca’s CEO for cargo & courier, Gabriel Oliva, says.

“We were able to show the industry and the world what cargo was capable of during the pandemic, and it will remain very important in the future,” he adds. “A lot of great things happened in the last 18 months, for example processes have been accelerated, and we can’t lose that momentum,” he adds.

LATAM in May said that it was nearly doubling its dedicated freighter fleet of Boeing 767-300ERs, from 11 to 21 aircraft, in the next two years. Bianchi sees a threefold opportunity for the airline and the entire region’s air freight business going forward.

“First, Latin American exporters are well positioned to grow, and some of them have been very savvy in taking advantage of the crisis,” Bianchi says. “In addition, industries globally are going to rebalance their supply chains, which could, in the future, also benefit South America more.”

“Third, there’s a growing diversification of e-commerce players, and there’s an opportunity to serve them with different business models,” he adds.

The opportunities for growth, the executives say, are huge, and far from being cornered by one single provider.

“The air cargo market [in Latin America] is still pretty small,” Azul’s Rodgerson says. ”We are not going to steal market share from others – let’s grow the pie and the more cities we add to the map, the more clients we can serve.”