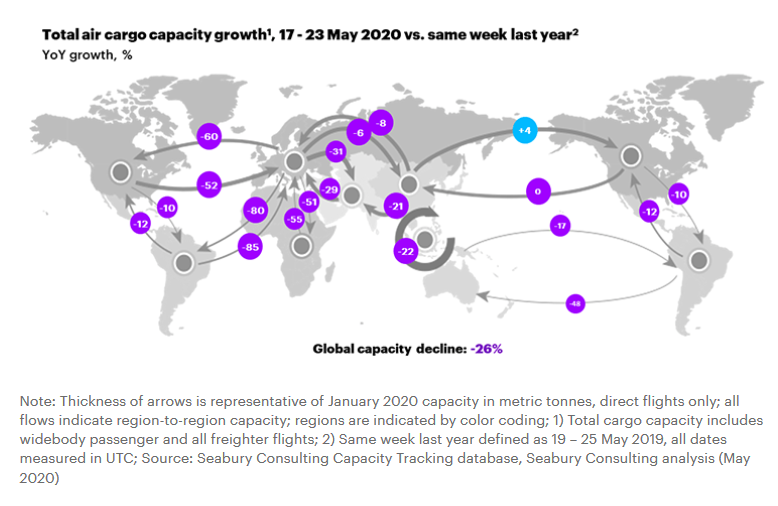 The latest figures from TAC Index show that average airfreight rates between Shanghai and North America last week dropped by 29.6% compared with a week earlier to $7.62 per kg.

This is the third week in a row that prices on the trade have fallen as congestion at the airport has eased and cargo capacity has reached the same level as a year earlier.

However, prices are still far above last year’s levels when carriers were able to achieve $3.15 per kg.

Meanwhile, average prices from Hong Kong to North America continued to fluctuate, this week dropping by 13.7% to $6.73 per kg.

This time last year prices on the trade stood at $3.41 per kg.

Statistics from Accenture’s Seabury Consulting show that capacity from Asia Pacific to North America is 4% higher than the same week a year ago as more belly capacity comes into the overall market.

Meanwhile, on services from Shanghai to Europe, average prices also declined last week – although to a lesser extent than to North America.

TAC Index data shows that average rates on the trade were down 11.8% week on week to $8.65 per kg but are far above the $2.44 per kg average recorded last year.

From Hong Kong to Europe prices actually increased by 1.2% compared with a week earlier to $6.03 per kg.

The performance in rates to Europe reflects capacity on the trade, which is 8% down on a year ago.

While the capacity shortage ⁠— caused by the coronavirus-related loss of passenger services ⁠— is easing on the transpacific and Asia-Europe rates, space remains tight on many other lanes.

Transatlantic capacity, for example, is 60% down on a year ago westbound and 52% behind eastbound. South America-Europe is around 80% down in both directions, while South America to North America is 12% behind last year.

Overall cargo capacity is 26% down on a year ago. 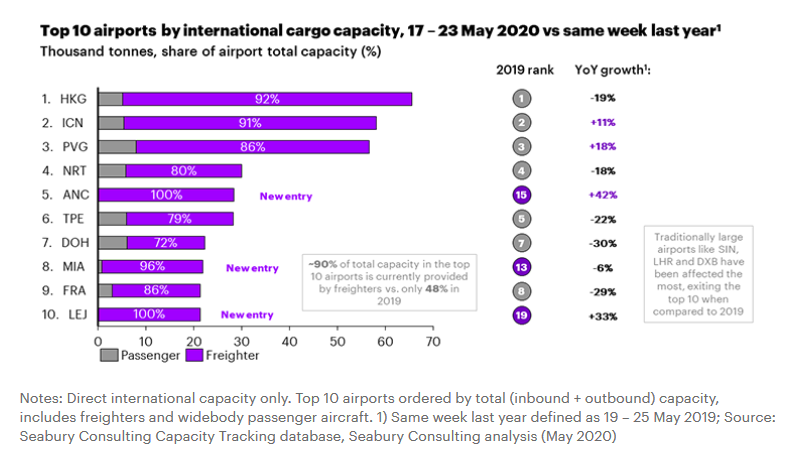