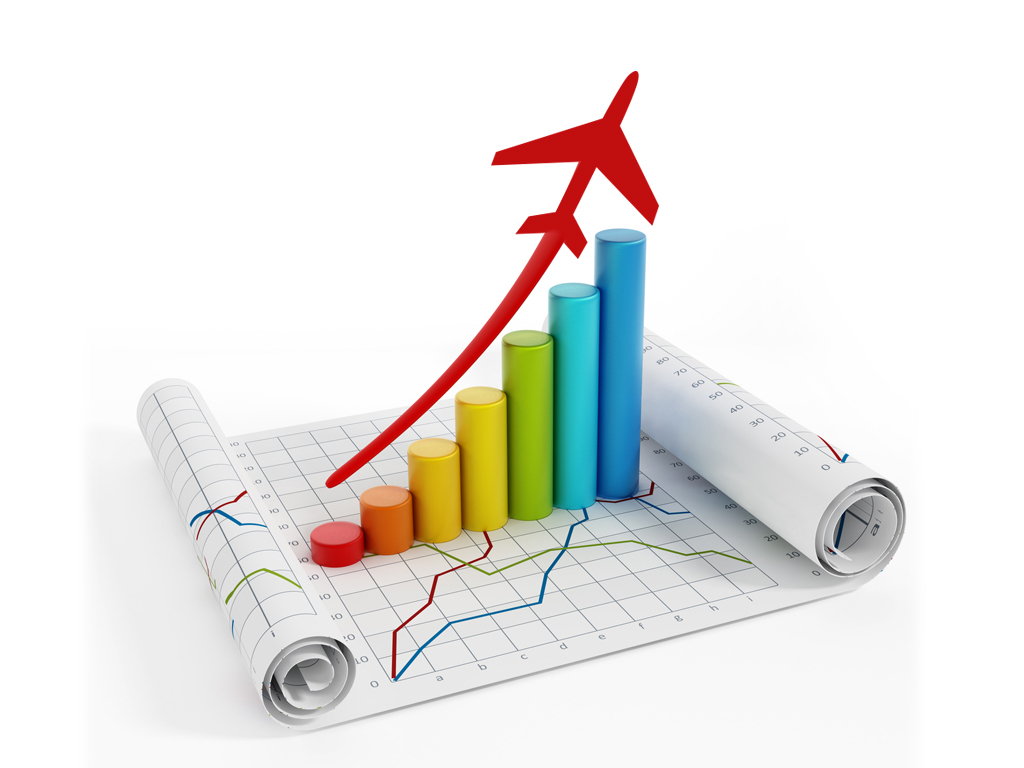 Airfreight rate growth continued on an upward trajectory in November with hopes the strong performance could continue in December as forwarders continue to report a tightening of air cargo space.
The latest figures from TAC Index show that in November average rates on services from Hong Kong to North America increased by 18.7% year on year to $4.83 per kg.
Prices on the trade were also up on October when airlines were able to achieve $4.05 per kg and on November 2015 when they stood at $3.80 per kg.
It was a similar story on services from Hong Kong to Europe, where average rates climbed to $2.99 per kg, up 11.1% year on year.
Rates on the route were also up on October when average prices stood at $2.57 per kg and November 2015’s average of $2.71 per kg.
Click on chart for interactive version 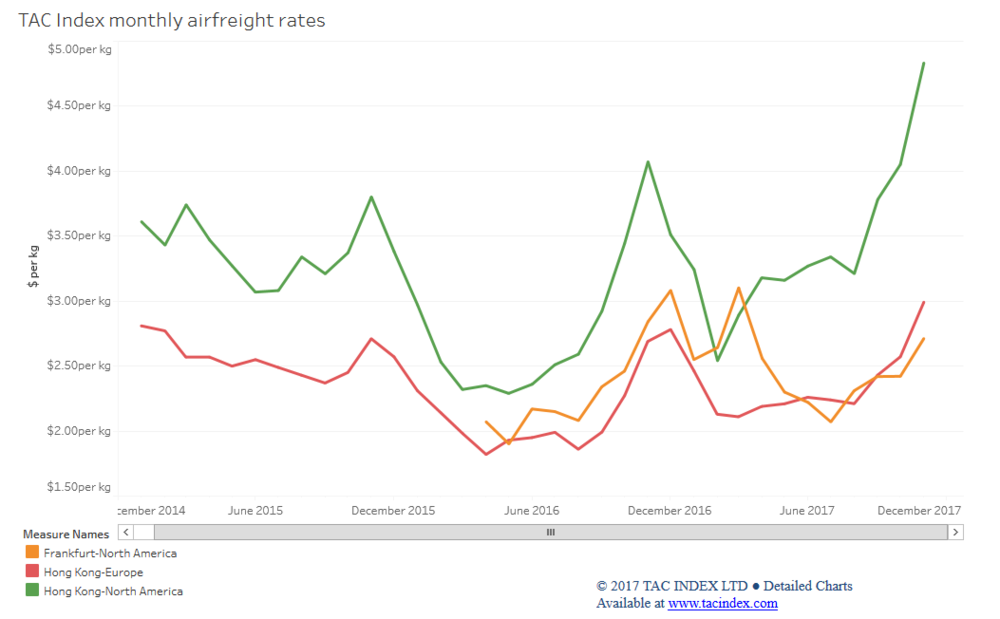 The increase comes as forwarders continue to note a tightening of capacity on the routes. In its monthly summary, Flexport said that space on Asia-US was “extremely tight” but said rates had stabilised after the Thanksgiving holiday.
The forwarder added that it expects demand on the trade to remain strong through to mid-December.
On services from Asia to Europe, space is tight and rates are high. “Lufthansa’s pilot strike and subsequent cancelled flights have caused significant backlogs into Europe,” Flexport said.
Average rates on services from Frankfurt to North America also increased during the month, climbing to $2.71 per kg compared with $2.42 per kg in October.
While rates are at their highest level since March, they do lag behind November 2016 when average prices on services stood at $2.84 per kg.
Flexport said that there were backlogs out of most major European hubs, especially Italy. Frankfurt also continues to suffer with congestion.
Rate management specialist Freightos WebCargo meanwhile added that air cargo in Europe hit capacity the previous week, the first time in at least ten years that it had done so.
“That saw some shippers paying sky-high air rates to get their shipment loaded,” according to chief executive, Manel Galindo.
He continued: "While ocean freight rates are still tanking, airfreight is at peak capacity. For as far back as I can remember, all carriers maxed out on capacity in Europe. This triggered holiday-season auctions, with bookings bumped by the highest bidder.
"In one extraordinary case, I saw spot rates on a transatlantic route hit $13/kg. Prices have stabilised, but this frenzy may happen again in the run-up to Christmas."
He added that while rates traditionally ease off after Christmas before picking up again for the Chinese New Year, with e-commerce growth fueling strong demand, prices could flatline in January instead.
His comments came as IATA  predicted a 4.5% rise in global cargo carried from 59.9m tonnes in 2017 to 62.5m tonnes in 2018, continuing the strong growth seen this year, albeit at a slightly slower rate.
There is also some evidence of the industry beefing up capacity ahead of the Christmas rush. DHL, for example, is chartering twice-weekly, round-the-world B747 freighters to improve uplift between Asia, the Americas and Europe during peak season.
See more air cargo data