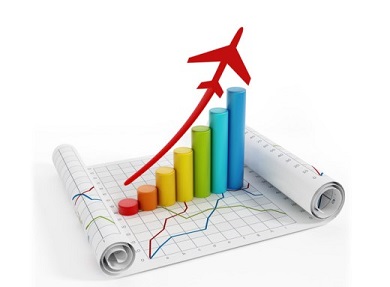 Airfreight rates continued to track ahead of last year’s levels on three key trade lanes in April.
The latest figures from Tac Index show airfreight rates paid to carriers improved in April both year-on-year and month-on-month on services from Hong Kong to the US and Hong Kong to Europe.
Meanwhile, prices on services from Frankfurt to North America improved on the year ago level in April but are behind compared with March.
On the Hong Kong-US route prices improved by 35% year on year to $3.18 per kg and were also up on the $2.89 per kg achieved in April.
Click on chart to access interactive version

It is the second month in a row that prices have increased, which in unusual for this time of year as demand tends to be fairly flat.
However, this year, carriers are reporting strong volume growth out of Asia in line with improvements in world trade and cargo load factors are on an upward trajectory.
Rates for the month do lag behind 2015 figures, but the trade lane did enjoy a boost that year as a result of west coast US seaport strikes.
On services from Hong Kong to Europe there was a 20.4% year on year improvement in prices in April to $2.19 per kg, which is also up on the $2.11 per kg achieved in March.
Over the last two years rates on the trade lane have either been static or slightly declined in April compared with March.
The year-on-year improvement is in line with the strengthening demand statistics from carriers.
Rates on services between Frankfurt and North America for April increased by 23.7% against last year to $2.56 per kg but were down on the $3.10 per kg achieved in March.