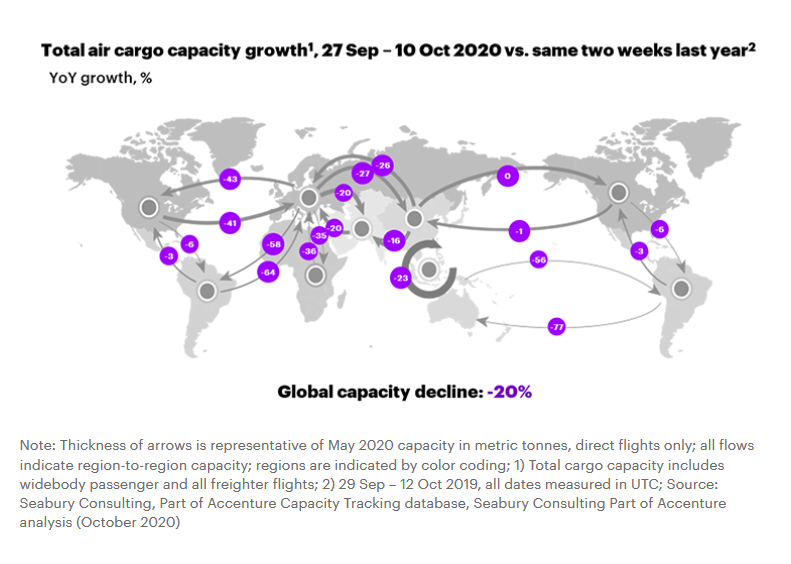 The latest Tac Index figures show that average prices on services from Shanghai to North America increased by 26.2% week on week to reach $6.07 per kg.

Meanwhile, prices from Hong Kong to Europe have climbed steadily since the end of August and are now at $3.82 per kg, which is the highest level since the start of July.

Rates on both routes also continue to track at a higher level than a year ago as a result of stronger load factors.

An increase in rates at this time of year isn’t too surprising as the industry is heading into the peak season.

However, with different market dynamics in play this year, rate progression and capacity availability has been harder to predict.

Figures from WorldACD show that capacity and demand appear to be increasing at roughly the same level.

Its figures show that last week worldwide demand was up by 4% on the previous week, while capacity increased by 3%.

From Asia Pacific, the chargeable weight of cargo carried was up by 11% and capacity 10%.

Shanghai to Europe rates have also been increasing over recent weeks but by a lower level. Last week prices were up by 0.5% to $4.22 per kg to reach their highest level since mid-June.

From Hong Kong to North America average rates have been at roughly the same level since the start of August but last week increased by 4.5% week on week to $5.55 per kg.

Compared with a year ago, Seabury Consulting by Accenture data shows that overall air cargo capacity is down by around 20%, although this is an improvement on the 28% reduction being recorded earlier this year.

“Global air cargo capacity is at its lowest percentual decline since mid-March,” it said.

Figures also vary by trade lane, with the transpacific showing as flat on last year, while Asia to Europe is down 26%.