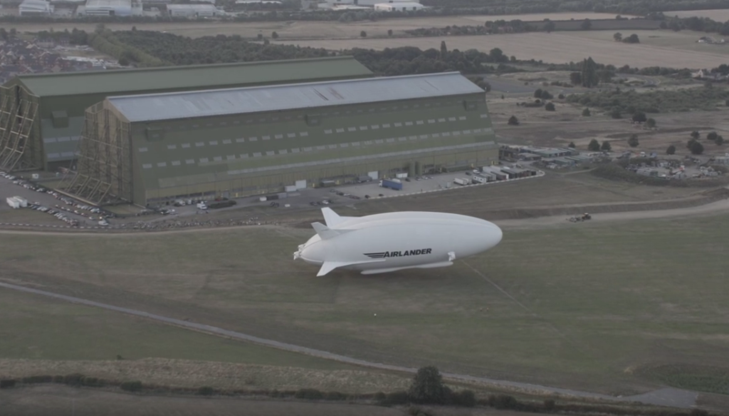 Hybrid Air Vehicles (HAV) has confirmed that it expects its Airlander 10 airship – the world’s largest aircraft – to fly again in the near future.
The Airlander 10, of which HAV is the designer, assembler and owner, suffered a crash landing in August last year during a test flight from Cardington Airfield in Bedfordshire, in the UK.
Following repairs to the aircraft – its cockpit was badly damaged when it crashed – it is hoped that test flights can soon resume.
The “heavy landing” was attributed by HAV to a “technical issue”, and there were no injuries.
A spokesperson for HAV confirmed to Air Cargo News today that “things are going well”, and “we aim to fly as soon as we can”.
The Airlander 10 airship employs technology that “combines the best of the characteristics of fixed wing aircraft and helicopters with lighter-than-air technology to create a new breed of hyper-efficient aircraft”, HAV claims.
It is designed to stay airborne for up to five days at a time when manned, and for more than two weeks if unmanned. Amongst its proposed roles is operating as a cargo carrier.
The Airlander 10 makes little noise, creates little pollution, and is therefore very environmentally friendly, HAV notes.
Airlanders can take off from and land in comparatively small, unprepared sites in desert, ice, water, or open field environments.
Potential customers and investors are said by HAV to be coming from the US, Canada, China, Brazil, Jordan, Kuwait, Qatar the UAE and throughout Europe.