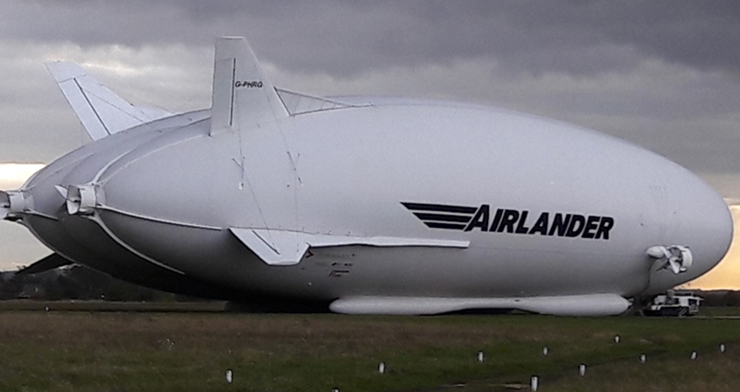 Hybrid Air Vehicles (HAV) has admitted that its Airlander 10 airship sustained “substantial damage” when it broke free from its mooring on November 18.
The company, which is developing a new design of lighter than aircraft, said it would be making a claim for up to £32m, the maximum insured value.
The incident could also delay the project, it added.
In a statement, HAV said: “Our initial assessment is that the aircraft detached from its moorings in light winds for reasons that will be determined from our ongoing investigation. The aircraft is now deflated and secure on the edge of the airfield, and is being recovered to Hangar 2 at Cardington.”
There were no serious injuries, it added.
Despite the setback, said HAV, the craft had performed a very successful test flight on the day before the incident, which had given a wealth of data, information and expertise.
It added: “We look forward to using the knowledge gained and to working with all our potential military and civil customers to develop and build production standard Airlander aircraft to meet their operational and business needs.
"While the damage to the aircraft will no doubt impact on our timescales and plans, our successes to date make us confident that Airlander will provide the capabilities and opportunities that will address the $45bn market that has been independently assessed.”