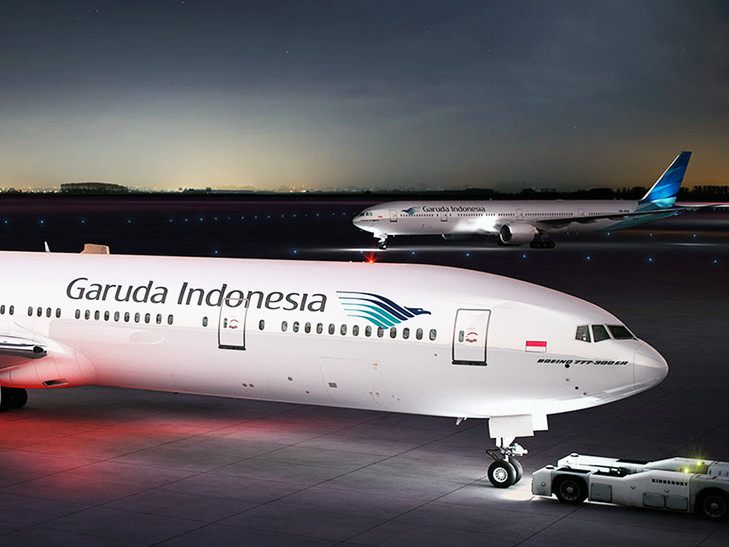 Airlines have cancelled all flights to and from the Indonesian island of Bali due to volcanic activity.
However, the threatened eruption of Mount Agung has so far had only a localised effect, with no sign yet of the wider disruption to global air travel on the scale of Eyjafjallajökull incident in Iceland in 2010.
Airlines including Cathay Pacific, Air France KLM, Qantas, Virgin, Air Asia, Jetstart and Garuda Indonesia were reported to have halted all their flights to and from Denpasar Ngurah Rai International Airport on Bali.
Indonesian flag carrier Garuda said that all flights to Bali, and to the neighbouring island of Lombok, would be cancelled until 07.00 28 November.
Cathay Pacific Cargo said its operations at Denpasar had been affected by the with volcanic ash cloud reported in the vicinity of the airport, “causing limited visibility and potentially difficult conditions for flight operations.”
The airport had been closed by the Indonesian Authorities until further notice, with all Cathay flights cancelled until further notice.
The carrier added: “The situation remains volatile and can change very quickly.”
Indonesia has issued its highest ‘red’ alert for aircraft, warning that the ash cloud could reach 19,654 feet or higher.
However, the problem appears, for the present at least, to be localised and there are no signs as yet of a wider shut-down of operations as occurred in the wake of the Icelandic eruption in 2010.
Then, carriers grounded flights as a safety precaution for fear that aircraft engines could ingest particles of ash that had been spread over a wide area due to the climatic conditions.
Meanwhile the Indonesian authorities were reported to be evacuating people from the immediate vicinity of Mount Agung. The last full-scale eruption of Mount Agung was in 1963, when more than 1,100 people died.
Read more airline cargo news