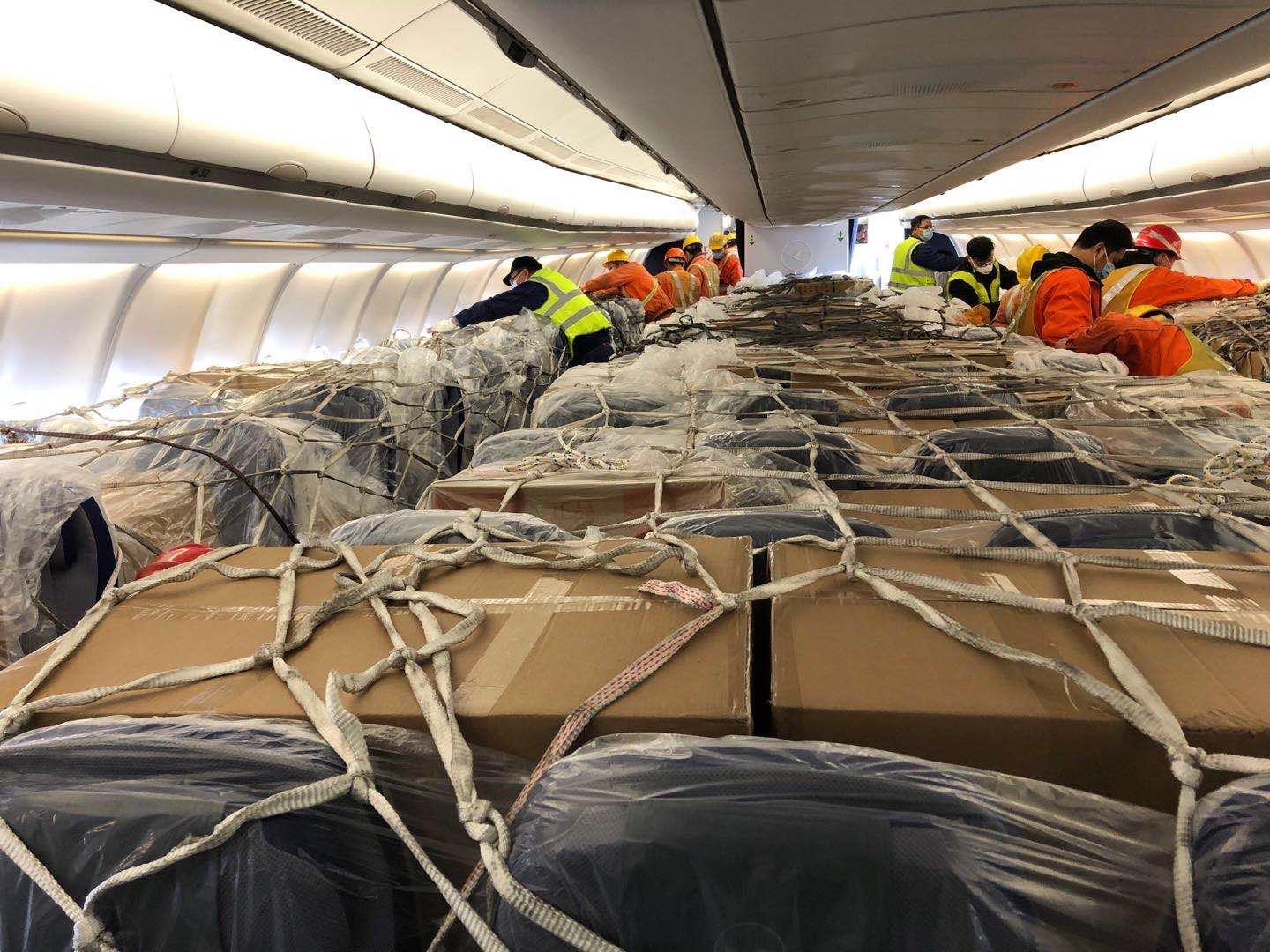 Lufthansa A330 Cabin loaded with cargo

Lufthansa, Austrian Airlines and LATAM have been loading up passenger seats with cargo as they try to keep their aircraft as full as possible.

Earlier today, a Lufthansa Airbus A330 passenger aircraft loaded with around 30 tons of medical goods landed in Frankfurt today after an 11 hour flight from Shanghai in China.

In addition to the cargo compartments of the Airbus A330, the cabin – including the stowage compartments above the seats – was also loaded.

On board the aircraft with the registration number D-AIKI were various urgent goods, mainly from the medical sector, including masks and other protective equipment.

A Lufthansa Cargo spokesperson said: “The required permits for the flight were issued in excellent cooperation with the foreign ministries and embassies of the People’s Republic of China and the Federal Republic of Germany.

“Lufthansa Cargo is making every effort to strengthen security of supply by air. About half of the goods are normally transported in freighters, the other half in the bellies of passenger aircraft.

“Due to the far-reaching cancellations of passenger connections, valuable airfreight capacity is lacking. The Lufthansa Group and Lufthansa Cargo are therefore looking into the possibility of operating further flights exclusively for cargo transport on passenger aircraft.”

An A330-200F production line freighter can carry up to 65 tonnes. A Boeing 777F freighter has a standard load capacity of 103 tons.

A third B777 is in Xiamen today and is expected to be back in Vienna tomorrow, again transporting medical equipment.

A spokesperson said that the A320 can carry around 12 tons of cargo, although it depends on the type. This includes eight tons in the belly and around three tons up top. 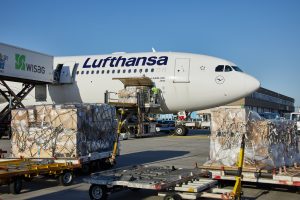 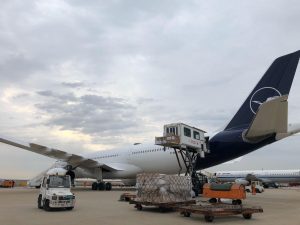 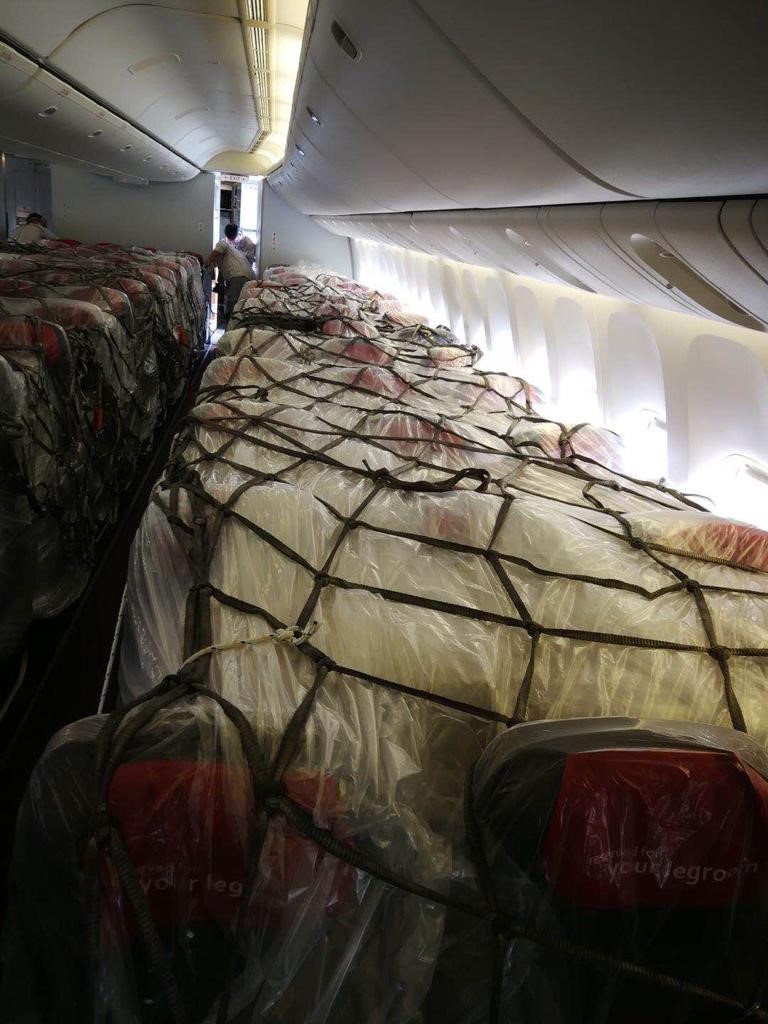 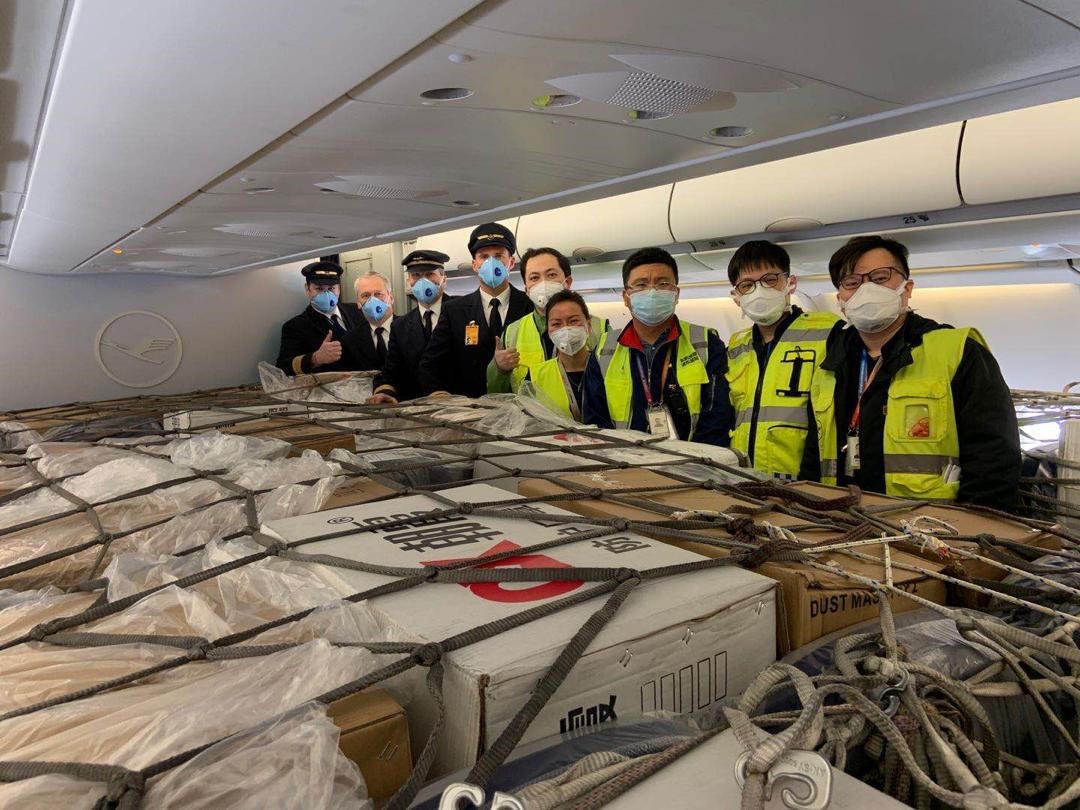 Lufthansa A330 loaded with cargo