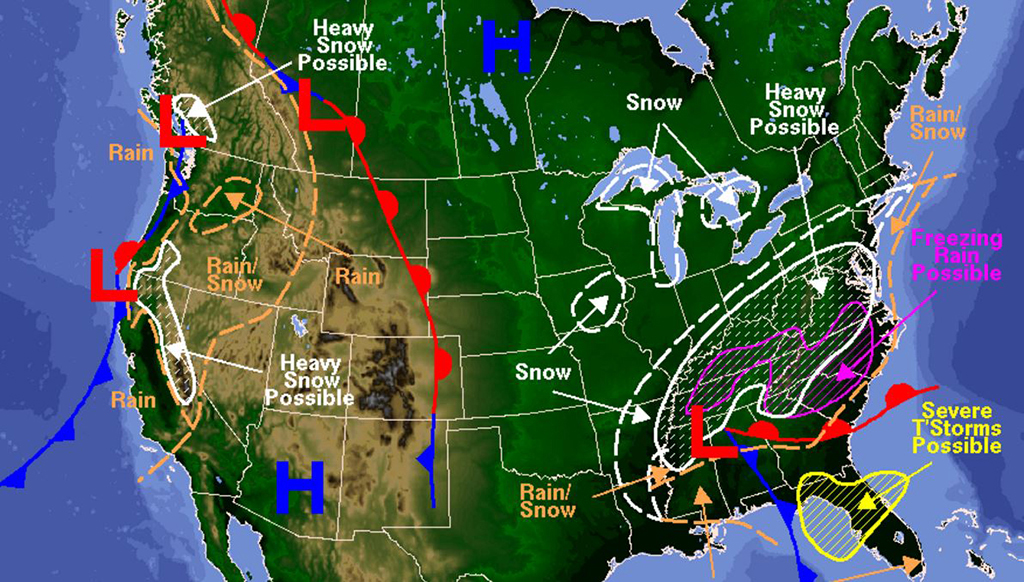 Airlines are warning of major disruption to US flights this weekend, with winter storm Jonas forecast to hit the eastern seaboard with the potential for heavy snow which could cause some airports to close.
The US National Weather Service described the storm as "potentially crippling" for a large parts of the northeast, with snowfall exceeding two feet in many metro areas.
Airlines have cancelled thousands of weekend flights.
Middle East carrier Etihad Airways said: “Flights to and from Abu Dhabi to New York JFK and Washington DC between 23 January and 25 January are likely to experience significant delays and some cancellations.”
Air Canada Cargo, in a customer alert, said: “Please be advised that a weather alert has been issued for Air Canada Cargo operations in the US at John Kennedy (JFK), La Guardia (LGA), Newark (EWR), Philadelphia (PHL) and Washington (IAD) airports due to forecasted winter storm conditions.
“All shipments are subject to delay until further notice. This includes shipments currently on hand or destined to the above-mentioned airports.”
United Airlines will be shutting down operations starting Friday afternoon out of Dulles, and a few other airports in the Washington metro area.
The company hopes to resume some operations on Sunday. For a complete list of affected airports, visit www.united.com/travelwaivers.