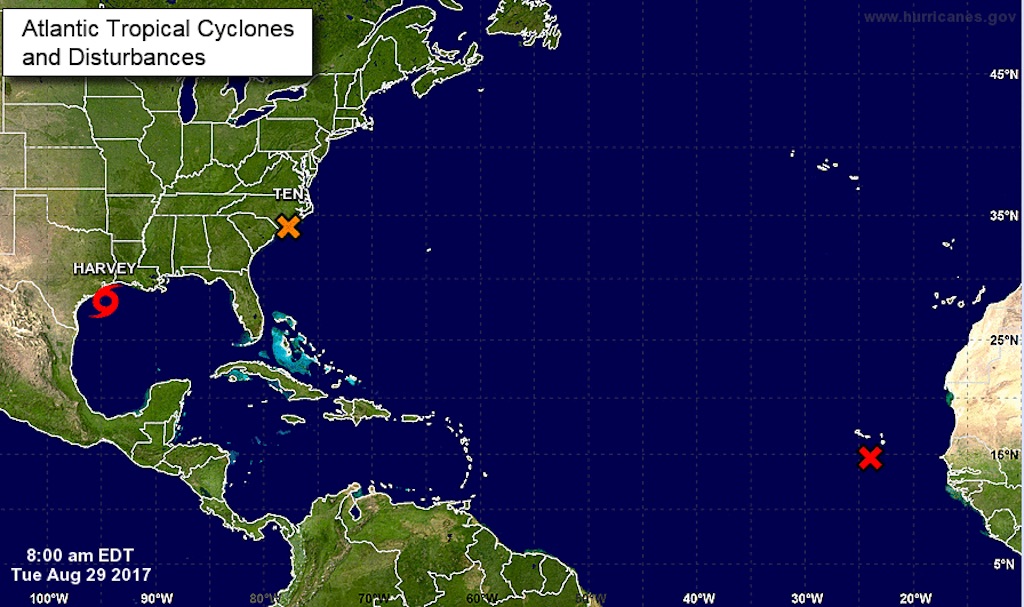 The air cargo industry is responding to tropical storm Harvey which has ripped through the Texas Gulf Coast with record rainfall, causing extensive flooding.
Rapid response aviation charity Airlink, partnering with 35 airlines and 60 non-governmental relief organisations, said: “Airlink’s humanitarian partners from across the US are responding to the need for rescue, shelter, food, water, and medical care that is beyond the capacity of local resources.”

Airlink is coordinating rapid air transportation “to get responders in place as quickly as the need is identified”.
The charity added: “Thanks to your generosity and the support of our airline partners, Alaska Airlines, American Airlines, and United Airlines, Airlink is creating solutions to logistical problems caused by the closing of Houston’s airports.”
US parcels and logistics giant UPS has pledged more than $1m, through The UPS Foundation, in support of recovery efforts in Texas and Louisiana following the devastation caused by the extreme storm.
The pledge is a combination of cash grants, in-kind transportation movements and technical expertise to provide urgent relief, as well as support for long-term needs ranging from rebuilding to personal and financial recovery assistance.
Eduardo Martinez, president of The UPS Foundation and chief diversity and inclusion officer, said: “In this time of enormous need, it is critical to establish and support extensive networks of public-private partnerships to get aid to those who need it, as quickly as possible.
“At the same time, setting aside funding and other resources for long-term recovery efforts is also important, and we are laying that groundwork as well.”
The UPS Foundation is working with FEMA, the American Red Cross, The Salvation Army, and other humanitarian aid partners to assess longer-term needs, and will commit an additional $500,000 in cash and in-kind assistance for recovery needs that will be specified during the post-crisis recovery phase in the coming months.
Charter brokers approached by Air Cargo News have not yet seen requests for aircraft due to the tropical storm.
Said one source: “Obviously, trucking cargo from across the US is the main option in situations like this, or support via the National Guard.
“We’ve got lots of humanitarian related work on at the moment, but nothing in that direction.”
Meanwhile, transport operations continue to be affected by the devastating storm.

George Bush Intercontinental Airport (IAH) is currently closed. The IAH Airport Authority advises that the airport is expected to reopen Thursday at noon local time. Other airports in the region have also been closed.
United Cargo has closed its freight facility at IAH, with re-opening expected on Thursday at midnight.
However, by Sunday, the airline had lifted restrictions on cargo and mail acceptance and transport  in Austin-Bergstrom International Airport (AUS) and San Antonio International Airport (SAT).
"Contingent upon the scheduled opening of the airport on Thursday, United Cargo plans to reopen our freight facility in IAH on Friday, September 1. We will begin to accept and transport non-perishable GEN and EXP shipments only at that time," it said.
Delta Cargo has an embargo in place at IAH, due to end on Thursday at noon, and another at Houston Hobby due to end at 8am on Thursday.
American Airlines also has embargoes at these airports, both due to end at 6am on Friday.
FedEx said that its office in Houston would be closed until further notice.

"FedEx Trade Networks will continue to monitor the situation to determine if additional office closures are necessary and to minimize any service impacts associated with the severe weather," it added.
Panalpina said it had also closed its facility in Houston until further notice