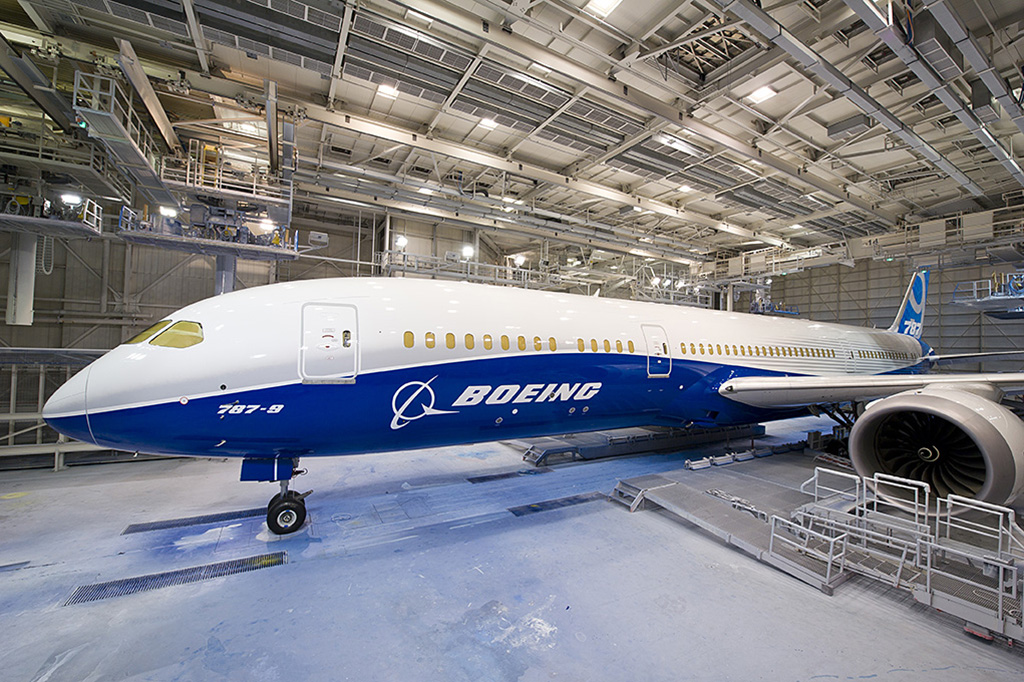 Boeing has imposed range restrictions on 787 aircraft equipped with Rolls-Royce Trent 1000 engines following a new ruling by the Federal Aviation Administration.
It has restricted the planes from operating more than 140 minutes from a diversionary airport, compared with the previous 330 minute limit.
The European Aviation Safety Agency ordered checks on the engines after 300 cycles, compared with 2,000 previously
Air New Zealand is working closely with engine manufacturer Rolls-Royce on a global issue involving some of the Trent 1000 engines that power its Boeing 787-9 Dreamliner fleet.
Rolls-Royce said it was working on a solution to the problem, advising that 380 engines are affected by the directive.
Air New Zealand said that nine aircraft in its fleet had been affected and that there would be “some impact to its international schedule”.
In the US, the Federal Aviation Administration estimated that 14 aircraft are affected.
In a statement, Boeing said: "We are aware that Rolls-Royce made a financial disclosure today in connection with increased inspections of the Trent 1000 Package C engine.
"About 25% of the 787 Dreamliner fleet is powered by this Rolls-Royce engine variant. This issue does not affect current production 787s, the Trent 1000 Package B, Trent 1000 TEN or GEnx-1B engines."
It added: "An existing EASA Airworthiness Directive for the Package C engine requires inspections of an intermediate pressure compressor blade at certain flight cycles. If a durability issue is found, the blade will be replaced. This is a known issue and we will continue to work with Rolls-Royce, our customers and the regulators to fully resolve it. Boeing is deploying support teams to mitigate service disruption.
"Safety is our highest priority. The 787 has safely flown more than 3.2bn miles since entering commercial service in 2011."