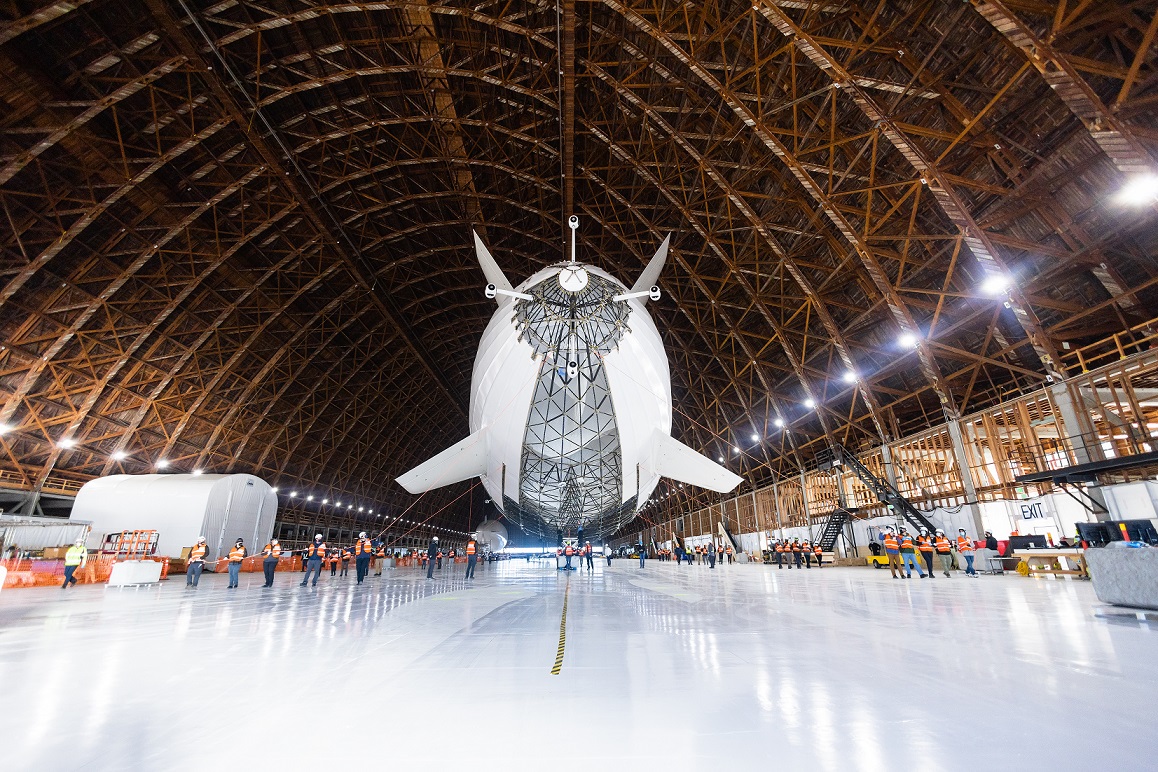 Airships offer efficiency and flexibility for air cargo operations and could play an important role in zero emissions aviation goals.

This is according to aerospace research and development company LTA (Lighter Than Air) Research, which is currently building its first full-size piloted airship, the nearly 400 ft long “Pathfinder 1”, in California.

Dan Morgan, LTA Research vice president of product development told Air Cargo News: “Airships have extraordinary range, endurance, and cargo capacity. They don’t need any infrastructure, which means they can go anywhere and reach areas that are otherwise quite difficult to serve.

“And they are extremely efficient – they can carry more for less energy than any other form of aircraft transportation. These unique advantages of airships make them an ideal solution to fill the biggest capability gap in transportation: mid-speed, mid-cost transportation of goods.

“Further, building a generation of zero-emissions airships will reduce the carbon footprint of aviation and airfreight in the face of climate change.”

LTA has been working on a robust structure and operational setup for Pathfinder 1 in California, where it leases hangar space at Moffett Field.

LTA said that the nose cone, manufactured in partnership with Zeppelin, is essential for safe mooring of the airship and is capable of withstanding 80 mph winds.

There are also 12 electric motors lining the sides and tail of the airship. Developed in collaboration with Pipistrel, these motors rotate from +180 degrees to minus 180 degrees for effective directional control.

Pathfinder 1 is controlled by a fly-by-wire system developed by LTA’s team of engineers.

The system combines joystick commands from pilots in the Zeppelin-built gondola with sensor feedback data to actuate the motors, plus four fin rudders that propel the airship.

Circular mainframes make up the rib cage of the airship and provide the structure to carry loads.

Each of the 13 mainframes is composed of 96 welded titanium hubs and 288 multi-ply carbon fibre reinforced polymer tubes.

Another step towards the launch of the Airlander 10 airship