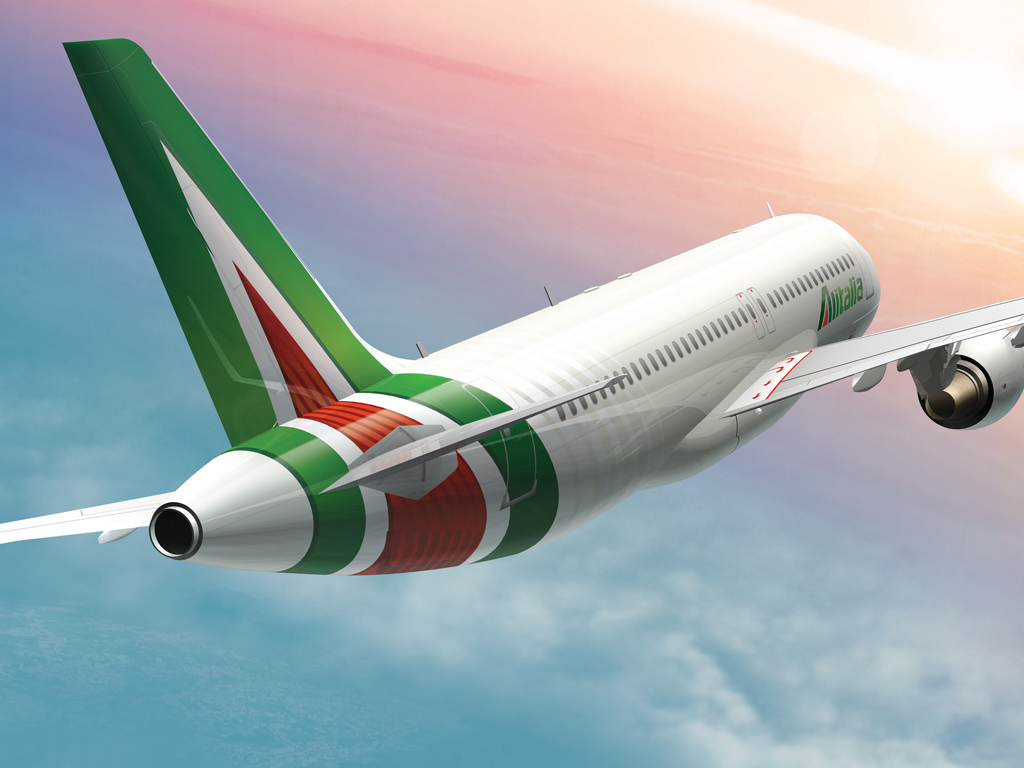 Alitalia, the Italian flag-carrier, has announced that a 24-hour strike on Thursday of this week (23rd) will hit some of its domestic and international operations.
Alitalia has been forced to cancel 60% of its flights on the day due to the planned industrial action which comes after the Alitalia board of directors last week confirmed that a final adjusted business plan will be presented by the end of March 2017.
The USB and CUB Trasporti trade unions, together with the ANPAC and ANPAV professional associations, have confirmed a 24-hour strike on Thursday.
Flights set to operate during the peak times between 7 am to 10 am and from 6 pm to 9 pm will operate as scheduled, the carrier says, but adds that — on the same day — the Filt-Cgil, Fit-Cisl, Uiltrasporti and Ugl-Ta trade unions have also confirmed a 4-hour strike from 2pm until 6pm.
An Alitalia press release said that “bigger aircraft will operate on several domestic and international routes in order to carry as more passengers as possible” but made no mention of the potential impact on cargo traffic.
Last week’s announcement saw Alitalia chief executive Cramer Ball explain that the company is in line with achieving at least €160m of cost savings in 2017.
Deputy chairman James Hogan reaffirmed shareholder Etihad Airways’ "strong commitment" to support Alitalia’s turnaround plan and he said that Etihad and banking shareholders are fully aligned in working towards a successful future for Alitalia, although "challenges still remain to achieve a cost structure that will allow the company to remain competitive".